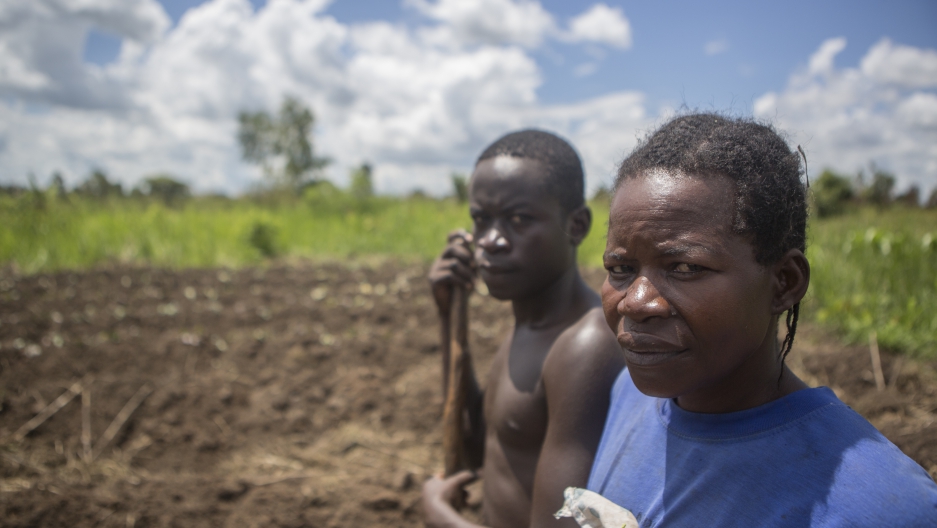 Paska Akwero was one of the thousands of Ugandan girls abducted by the Lord's Resistance Army and forced into marriage. At age 12, she was given to LRA leader Joseph Kony and bore him a son. Like many former captives of the LRA, she and her son are shunned every day by Ugandans.

When he was 11, a group of rebel soldiers came into Kenneth Banya’s village.

They told Kenneth that they were lost, and they asked if he could show them the way out of town.

For more than 20 years, a Christian militia that's known as the Lord’s Resistance Army, or LRA, terrorized northern Uganda. They were led by Joseph Kony. He depended mostly on child soldiers. An estimated 30,000 children were taken from their homes, forced to live in the wilderness and fight. The army also abducted thousands of young girls, who were trafficked and forced into sexual slavery.

With Kenneth, the rebel soldiers insisted. They pointed and said, “Just walk us to that tree over there, and tell us how to get out of town." And so Kenneth went with them. And when he got to that tree, they ordered him to keep walking.

He was a child soldier now.

One of the first things you might notice when you come to Uganda is that the earth is a fleshy, ochre color. In cities like Gulu — which is up north — the traffic whips up a reddish dust that covers everything. The motorcycles are mostly to blame. Hundreds of them swarm around. They’re called boda bodas, and they’re the closest thing to a taxi here.

That’s how I meet Kenneth. 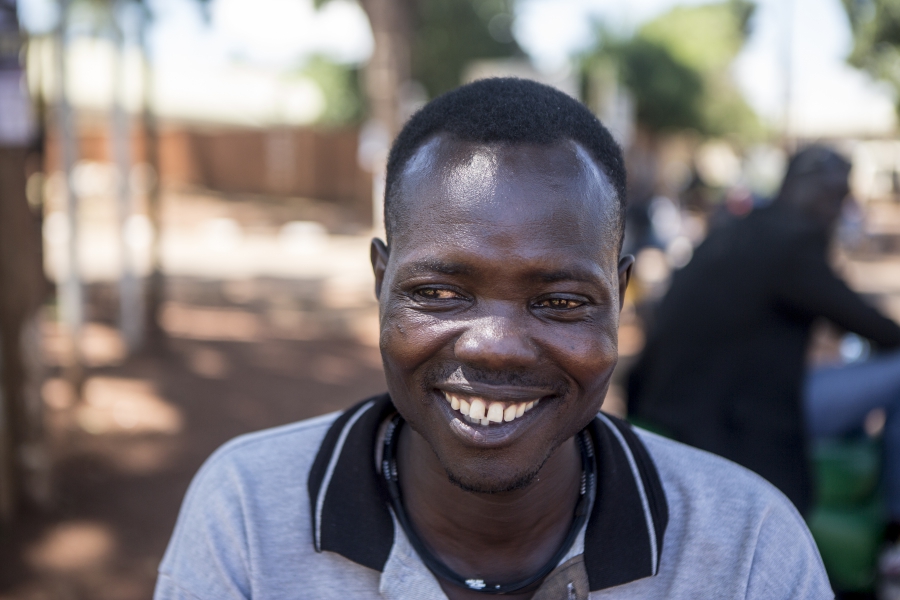 Kenneth Banya is a former child soldier. He was abducted at age 11, and he spent 11 years in the Ugandan wilderness.

He’s 43 now. He gives me a ride downtown and ends up talking about how, after they took him, those soldiers trained him to fight.

Kenneth is candid about his story, probably because he wants people to hear his side. So often, people misunderstand what happened to him. You see, many of the abducted children eventually came home, often to find their families had been killed, their villages wiped out. And all they knew how to do was shoot a gun and survive in the wild. The Ugandan government scrambled to reintegrate them into society.

But Uganda is a poor country. People like Kenneth were given three months of psychological counseling, a mattress, soap and a change of clothing. And this was with the help of foreign aid groups. As the conflict wound down, so did the aid.

Driving through town, we pass by a lot of places that used to be: This used to be a hospital for former abductees. That there, it used to be a rehabilitation center. This was once a school for children born in the bush.

What remains is a handful of nongovernment organizations. And there's something else: a tangible disgust towards people like Kenneth. He says that every day, people call him a killer. They say he did bad stuff out there.

And here’s the problem. People are right. 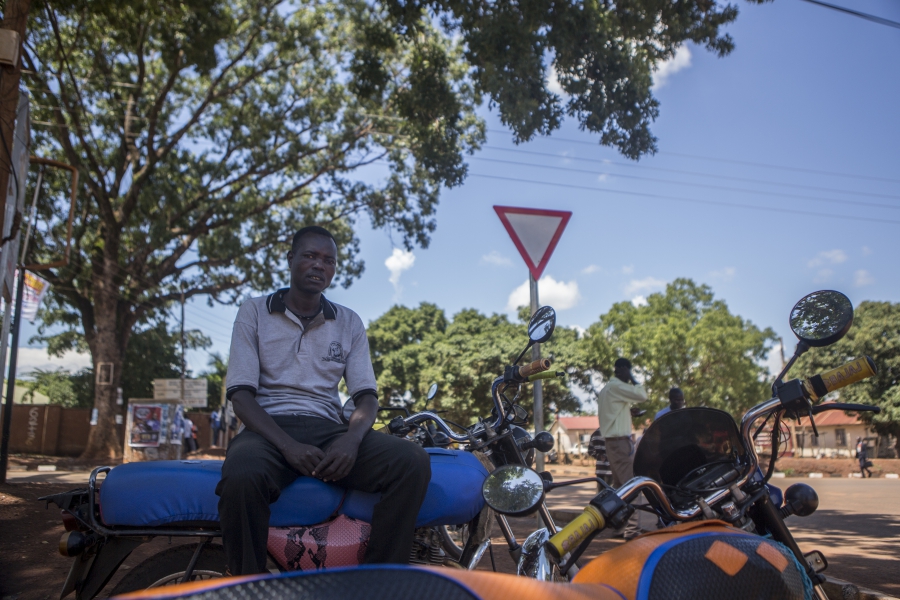 He remembers it vividly. Kenneth says, this one time, he looted a village. He and other LRA soldiers killed civilians. He says he wished he hadn’t done it. And he wishes people understood he was a kid who was terrified and hungry.

He was one of the fighters who was given a child bride. She was 8, he was 13. He knows she didn’t want to be there. None of the kids did, he tells me.

He says when people say he’s a bad man, he just tells them, maybe they are right. So leave me alone.

But Kenneth isn’t alone. He’s married, he has a family. He wishes the government would still assist him, but what they gave him was enough to get him back on his feet. And he has his friends, the other taxi drivers. A lot of them are former child soldiers, too.

I say goodbye. Kenneth rolls away into a nearby taxi stand, and I realize: This is the story as told by men. Men who were once scared boys, and are now leathery and tired, with scars and bullets still buried deep in their flesh. Men who rest on their motorcycles in the shade, remembering the days in which they were taken away and forced to fight.

Of all the children who were taken from their homes by the LRA — many were girls. They were trafficked and forced to marry soldiers and their leaders. What happened to them?

I leave the city of Gulu and head to the countryside. I’ve been told there’s a woman there who I should speak to.

Rural Uganda is a lush, breezy paradise this time of year. If you tread through the green thickness, you’ll find tiny villages of mud huts with straw roofs. Under the shade of a massive durian tree, I meet with a woman named Paska Akwero. 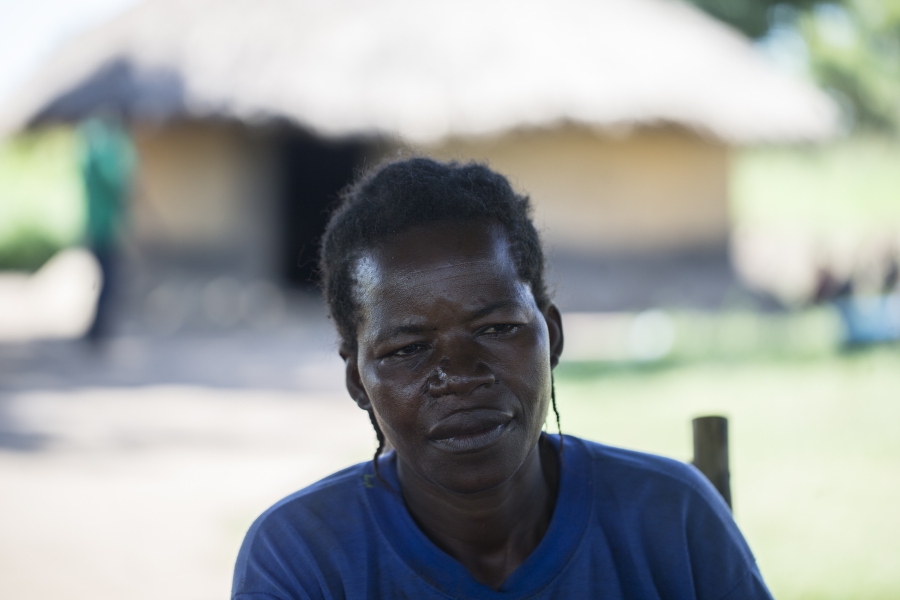 Paska Akwero was taken by the LRA at age 12 and given to leader Joseph Kony. Like many of the thousands of girls who were abducted, she finds it difficult to reintegrate: Her community shuns her, and her son is the child of a rebel fighter.

Paska was snatched in the middle of the night. She was 12, and she was given, as a gift, to none other than Joseph Kony himself, leader of the LRA. Paska was terrified. Kony got her pregnant — with a baby boy.

The baby distressed her, she says. She figured he didn’t stand a chance out here, in the middle of a war. And she also worried: What if he had inherited his father’s mind?

So one day, when he was 2, Pasca walked into a field. The baby was asleep. She laid him under the tall stalks. And she walked away.

"Would you like to meet him?" She asks me. "He’s out there planting potatoes."

Paska eventually went back into the fields that day, 15 years ago. Her child was still asleep. She picked him up in her arms and did the only thing she knew how to do: keep going.

She leads us through the waist-tall grass. Paska is barefoot and wearing an old, blue shirt full of holes. When she finally escaped from the Lord’s Resistance Army, she went through the government reintegration process. They gave her the counseling, the blanket, the mattress, the soap.

But here’s what they couldn’t give her back: a community. Paska says she is painfully lonely. This is a problem women face here. They are prone to slide into poverty: Boys come back and can get an education. But when girls come back from the wild, they often do so with babies to raise and take care of. School is not an option. And those babies — the children of LRA fighters —  are unwelcome reminders, that in this paradise, something horrendous happened.

She says she hears her neighbors muttering as she walks by. “Look at her eyes. She’s crazy from all the time she spent out there.” Her son sometimes comes home crying about the teasing. 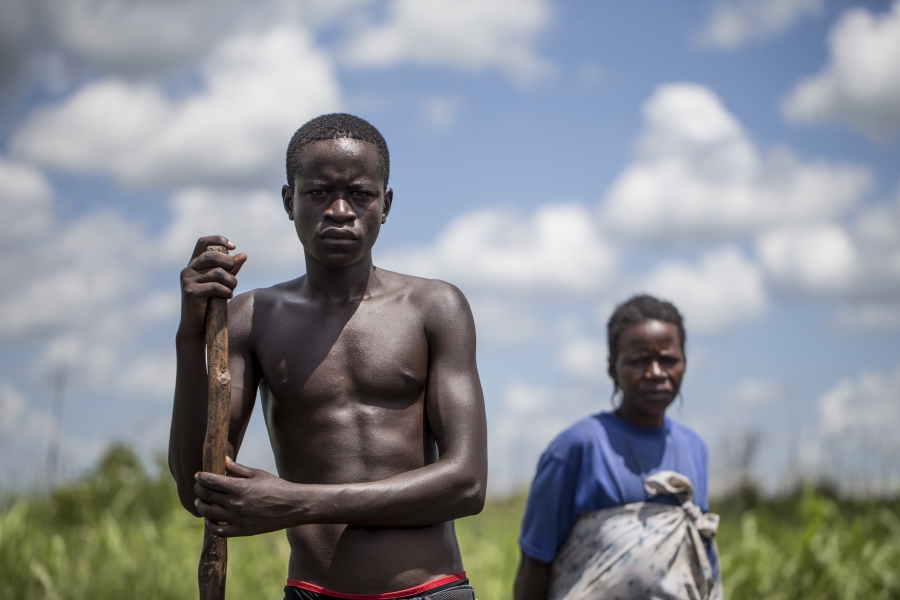 Paska and her son are rejected by their community for their ties to rebel leader Joseph Kony. As a child, Paska was abducted and forced to marry Kony. Her son is often teased about his father — a man who is feared and disliked in Uganda.

We finally arrive at the field, where a wiry boy is working the land. He turns around, and I hold in a gasp.

He’s the spitting image of his father.

Paska watches him. He’s a wonderful boy, she tells me. He loves me; I love him. He’s the only person who helps me. Sometimes I look at him, and I remember that time I almost left him in that field, and I realize, I would have made a mistake.

Back then, she dreamed what all the children dragged into the wilderness dreamed of back then. Running away.

But when she finally managed to leave, she found out girls don’t always get to come home.

With additional reporting by Andrea Crossan.

This is our part of a deep look by Across Women's Lives at sex trafficking around the world. From India to Italy, Uganda to the UK, we'll look at the toll that being sex trafficked takes and some of the strategies taken by women to escape. Check back from now through Friday for more of our coverage of the journey out of trafficking. Following along at PRI.org/sold.