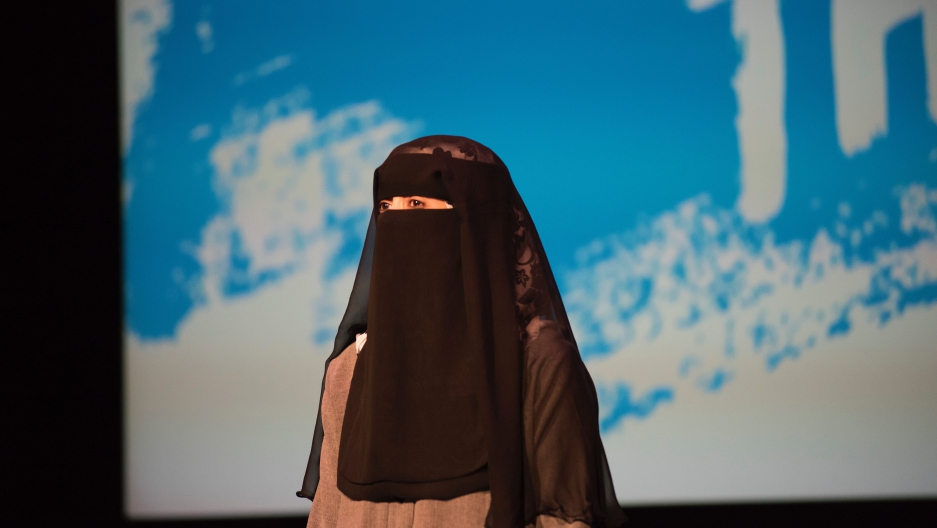 Bushra Aldukhainah is 7,000 miles from home this week. But Yemen is always with her, as she tells Americans about the war that is tearing her country apart. And she's asking for their help.

"I will try to give hope to the people," she says, "that we're trying to reach our voice out, so people can help us." Aldukhainah, who runs CARE International's northern Yemen operation, speaks with authenticity. She is both an aid worker in the middle of Yemen's war and a Yemeni woman who has seen her country slip from troubled to imperiled.

At least 10,000 Yemeni civilians have died since its civil war expanded in March 2015. Three million Yemenis have been forced to flee their homes. More than 14 million Yemenis do not have enough food to eat. 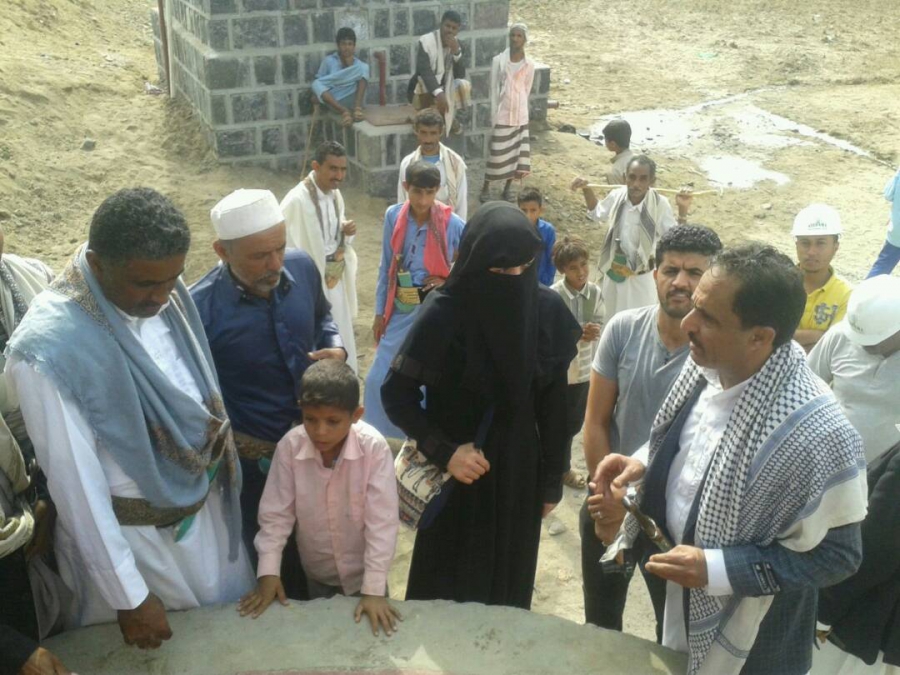 Bushra Aldukhainah (veiled, in the center) is pictured working with staff in Yemen.

Aldukhainah is trying to relieve some of the suffering the war has caused, urging the US Congress to continue to provide foreign assistance to Yemen. The US has also upped weapons sales to Saudi Arabia, which has been bombing Yemen daily for 2 1/2 years.

"She knows firsthand what it's like to be displaced by war," says Aldukhainah's CARE colleague Nicole Harris. "A bombing campaign forced her to flee her home with her husband and 9-year-old son."

In Washington, DC, Aldukhainah told a group gathered for CARE's annual conference Monday that life for many in Yemen is a daily fight for survival. "All they think about is what will be next, will they live for the end of the day, will they find a meal for their day, will they be able to get clean water to drink, and will they have access to health facilities when they get sick."

Yemen's cholera crisis is a direct result of the war. Half of the country's hospitals are closed. Local governments, starved for cash, can't afford to collect trash and maintain water and sewer systems.

In less than a month, an estimated 30,000 Yemenis have contracted cholera.

"Who could imagine? We are in the 21st century, and people are still dying from cholera," Aldukhainah told her audience in Washington, DC. "My people are dying. Now, more than ever, Yemen needs your attention to save it before it is too late."

Aldukhainah says she is telling her story in the US on behalf of her fellow aid workers and the millions of Yemenis they serve. She hopes to raise awareness of Yemen's humanitarian crisis. CARE has called on the US government to help find a political solution to the conflict in Yemen and to continue to show leadership — and a financial commitment — in response to the crisis.

When she returns to Yemen in a few short weeks, Aldukhainah hopes to bring good news with her. "I can't wait to go back to Yemen," she says. "I want to tell the people what I did here, how people think and how people feel about it."