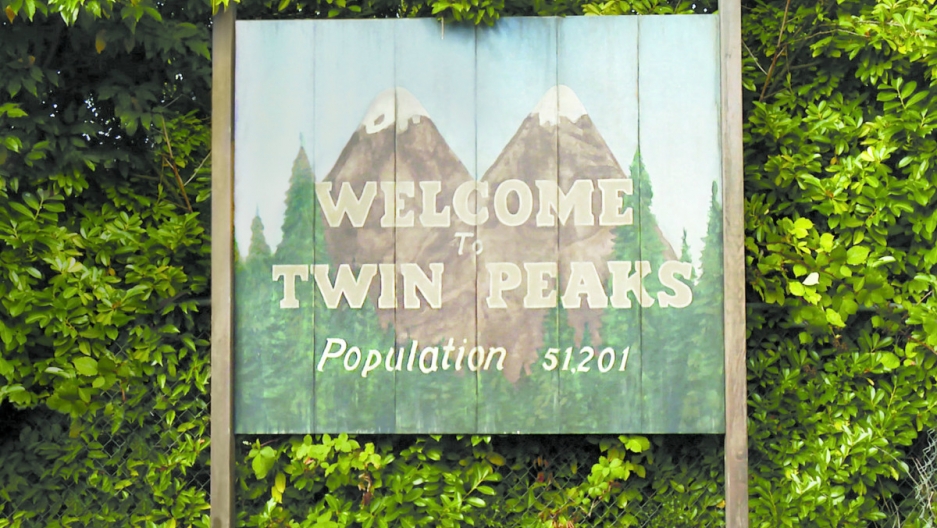 Decades after its cancellation, the cult show “Twin Peaks” is making a brief prime-time comeback: “Twin Peaks: The Return” premieres Sunday on Showtime, and its 18 episodes promise to feature many of the original cast and characters.

But if you ask “Fargo” and “Legion” showrunner Noah Hawley, “Twin Peaks” never really went away. He remembers watching the series when it first aired in the early 1990s and says the show has been an enduring influence on his own work.

“Certainly the mixture — the humor of the police station, the whimsy, the heightened folksiness, obviously is something we deal with on ‘Fargo' as well,” he says. “But even more so on ‘Twin Peaks,’ it's exaggerated in a way that also makes it hard to feel grounded. ... There's something very horrifying going on, and yet, there's also this very comedic element.”

With its dark, disjointed plot, “Twin Peaks” was a different animal — something Hawley credits largely to the work of the show’s co-creator, David Lynch: “One of the things that Lynch did, and especially did on ‘Twin Peaks,’ is, he bypassed information.”

“And so, a lot of David Lynch's most famous moments are disconnected from the story, but they have a sort of horrifying quality to them because we're not prepared for them. They're not part of the story.”

In one defining scene from the show’s pilot episode, a local man calls the police after finding a body on the beach. Receptionist Lucy Moran takes the call, telling the sheriff — who is with her in the room — that she’ll transfer it to him. “Um, I’m gonna transfer it to the phone on the table by the red chair — the red chair against the wall,” she says. “The little table with the lamp on it, the lamp that we moved from the corner.”

To Hawley, the show's odd moments, like this one, speak volumes. “There is something about the banality of life, and certainly what you learn out of that — other than that it's sort of oddly specific and funny as hell — is how unprepared these people are for a homicide.” And in its mix of gloom and absurdity, the moment is classic Lynch.

“It's something that Lynch did overall, I think, which is to take humor to the point of the grotesque,” Hawley says. “So, if you think about it, a David Lynch visual might be a laughing person, but someone who's laughing for far too long or holding a smile to the point where it becomes a grimace. So, it takes this very familiar and sort of reassuring emotion and turns it into something creepy and uncanny.”

This article is based on an interview that aired on PRI's Studio 360 with Kurt Andersen. “Twin Peaks: The Return” is directed by David Lynch, and premieres on Showtime on Sunday, May 21.