You hide between the cigars and the pink champagne.

Israeli cartoonists highlight President Donald Trump's orange-ness as much as their American counterparts do — but the slant of their drawings is decidedly local.

In advance of Trump's visit to the country next week, comic artist and political cartoonist Uri Fink says every detail of the president's itinerary has been scrutinized and argued over by the Israeli press. And at this point, it seems Israelis across the political spectrum have something to worry about.

Like Trump's interest in visiting the Western Wall. It's one of the holiest places on earth for Jews and it sits adjacent to one of the holiest places in the world for Muslims, the al Aqsa Mosque compound. "He wanted to coordinate it with Israeli authorities," says Fink. "The US embassy said you can’t do that. The Western Wall is part of the Palestinian territory. The US Embassy didn’t want him to take anyone to Western Wall." 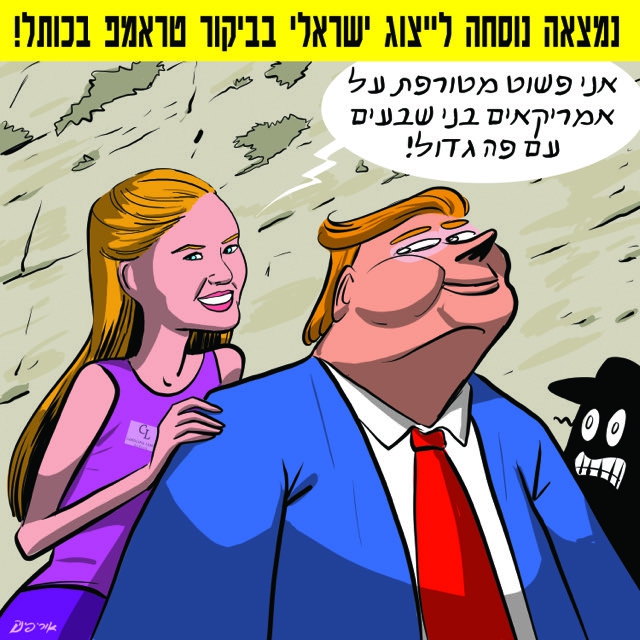 In the cartoon, Refaeli purrs in Hebrew: "I can't resist a 70-year-old American with a big mouth." (In real life, the supermodel tagged along with rocker Steven Tyler during his recent visit to Israel.)

Then there's the "Trumpoline" effect, as Fink calls it. The satirist says that after Trump was elected, right-wing Israelis and Prime Minister Benjamin Netanyahu were elated. “They were jumping up and down from happiness on the Trumpoline. 'Here [Trump] comes. The messiah. Someone who gets us. Somebody who understands the settlements. We can get away with anything now,'" he says. But then the Trumpoline started to tear. Fink explains his take: "Trump suddenly gets along very well with Palestinian Authority President Mahmoud Abbas. Sean Spicer forgets the 'Holocaust centers.' Suddenly everthing falls apart. The Trumpoline is torn now and people are falling on their asses." 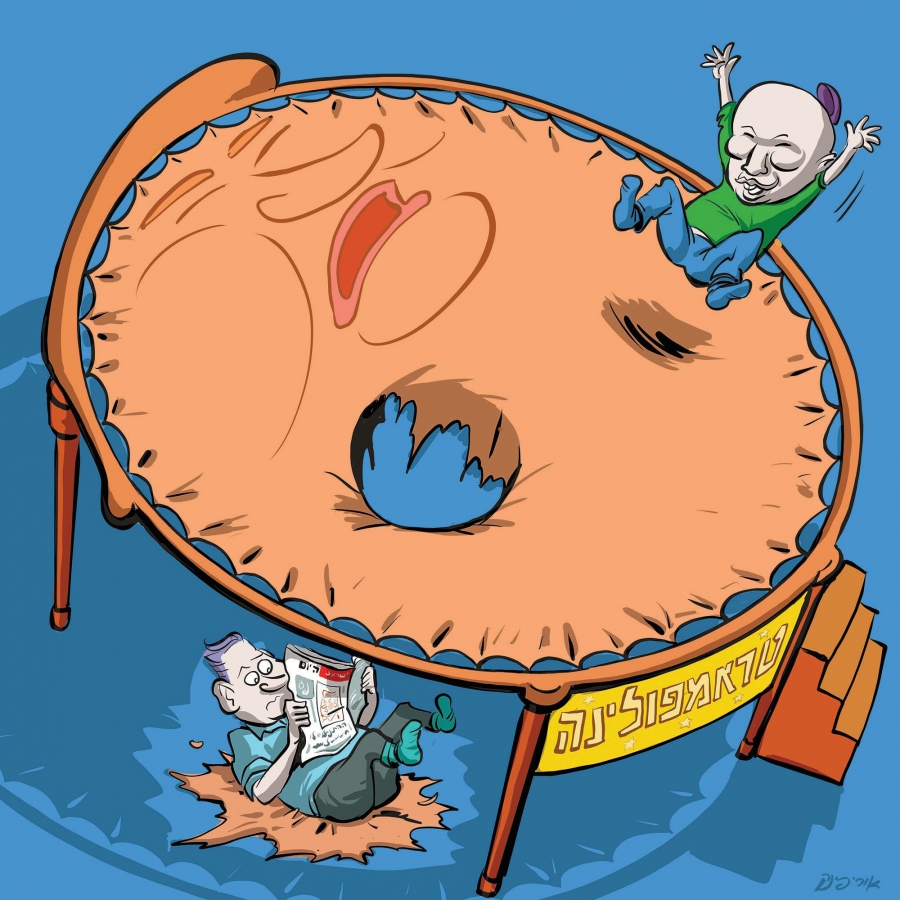 Netanyahu was hugely hopeful that Trump would represent a new era in Israel-US relations. The Israeli prime minister loathed the Obama administration. Fink notes the change in attitude toward the White House in this next drawing, showing the Obama dartboard being replaced with a fresh one featuring the new American president.
The caption reads, "A changing of the guard at the Prime Minister Netanyahu's office": 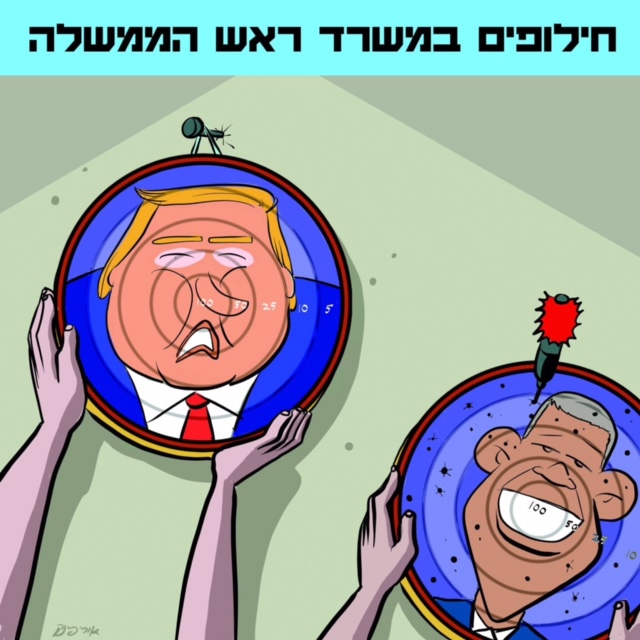 Trump is known for his deal-making and his transactional approach to foreign policy. Fink says many Israelis are worried that the American president will offer a take-it-or-leave-it deal to the Palestinians and Israelis, minus any nuance.
Fink's cartoons on that theme include "President Trump in the interrogation room":
Credit: