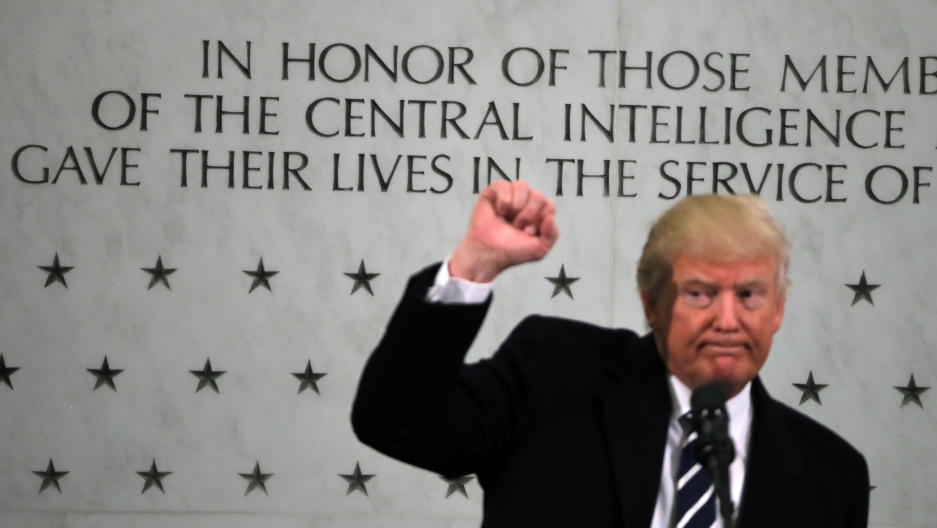 When President Donald Trump spoke at CIA headquarters in Langley, Virginia, in January, he reportedly brought along his own staff to clap and cheer.

The Trump White House and the intelligence community have not been the best of buddies.

Now, the latest revelations in the investigation of Russian interference in the 2016 presidential election seem set to further alienate the intelligence apparatus and the Oval Office.

"This particular relationship between Mr. Trump and the [intelligence] community is as bad as I have ever seen it," says 28-year veteran of the CIA Paul Pillar.

The divide has widened, he notes, especially since President Donald Trump dismissed intelligence reports of Russian hacking during the election. "For the president to basically just blow it off, that's the ingredient for a very bad relationship. And I'm not sure how much we're going to recover.

And the relationship is only getting rockier. Reuters described today how former National Security Advisor Michael Flynn and Russian Ambassador Sergey Kislyak worked to establish a secret back channel for communication between Trump and Russian leader Vladimir Putin during the election campaign, bypassing the national security bureaucracy.

That sort of back-channel communication is not unprecedented, says Pillar, who's now a fellow at Georgetown University's Center for Security Studies. Former Secretary of State Henry Kissinger had a special penchant for back channels and used private connections to reach out to Soviet and Chinese leaders, among others.

"But today we don't have Henry Kissinger and Richard Nixon running our foreign policy. We have a president who I think, to be fair, is on the opposite end of the spectrum with regard to national security and experience and the sophisticated strategic thinking that goes along with it," Pillar says. "We should worry about policy that's being made without the best minds being put behind it."

And Pillar expects more revelations could further erode the relationship.

"Usually when something untoward happens, because it wasn't foreseen, because it was not the result of an orderly and through policy process, it's going to come to light," he says.

Nixon also held a very jaundiced view of the intelligence community, as well as the State Department and much of the government bureaucracy. Still, Nixon was deeply engaged in the details of foreign policy.

"One saving grace in this with regard to what are reported to be Mr. Trump's habits regarding intelligence is he doesn't seem to have an appetite for getting a lot of it," Pillar says. "I expect there are going to be a lot of details, perhaps even the kinds of details that were reportedly spilled to the Russians the other day that in previous administrations might routinely go all the way to the man at the top, but in this one may be confined to the level of Gen. [H.R.] McMaster or the secretaries of state and defense."