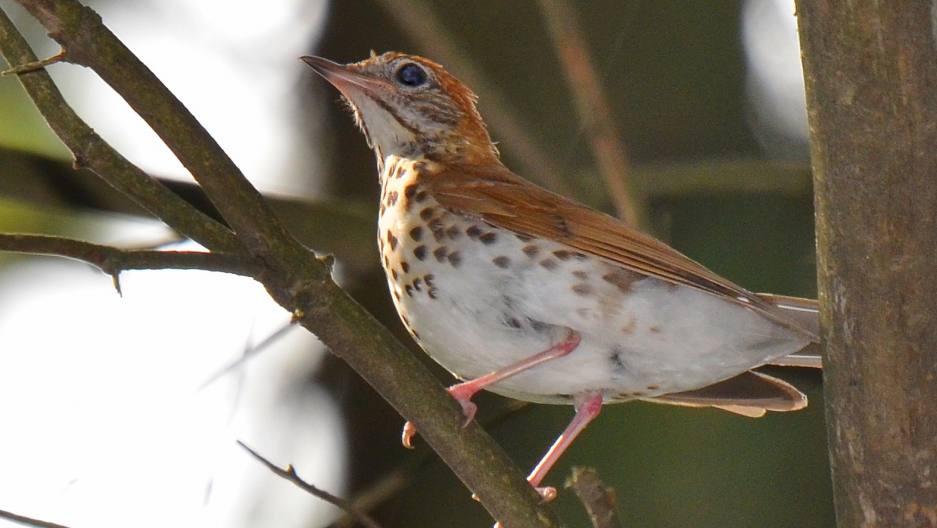 This time of year, billions of neotropical migratory songbirds fly from Latin America and the Caribbean to the US and Canada. They come north to eat and nest, but forest habitat at both ends of their trek is shrinking, along with bird populations.

In Washington, DC, there’s an effort to help. Steve Dryden’s Rock Creek Songbirds project has planted nearly 500 trees. It helps preserve scarce habitat for the birds, and it helps city kids understand that this park near their neighborhood is a place where the animals eat and breed.

“They migrate because in winter they don’t like it [here],” says a student named Karina. “And they go to Central America where it’s warm. Then they come back here in summer, so they don’t die.”

Karina has the right idea. Springtime means more insects — food for the birds and their young. And they go back south to chase the food supply.

But there are fewer birds flying back and forth now. Nearly half of migratory songbird species have had big declines since 1966, according to the USGS North American Breeding Bird Survey. Scientists don’t know exactly why. Cats and collisions with buildings are partly to blame. Another reason is habitat loss.

Click the player above to hear the full story.