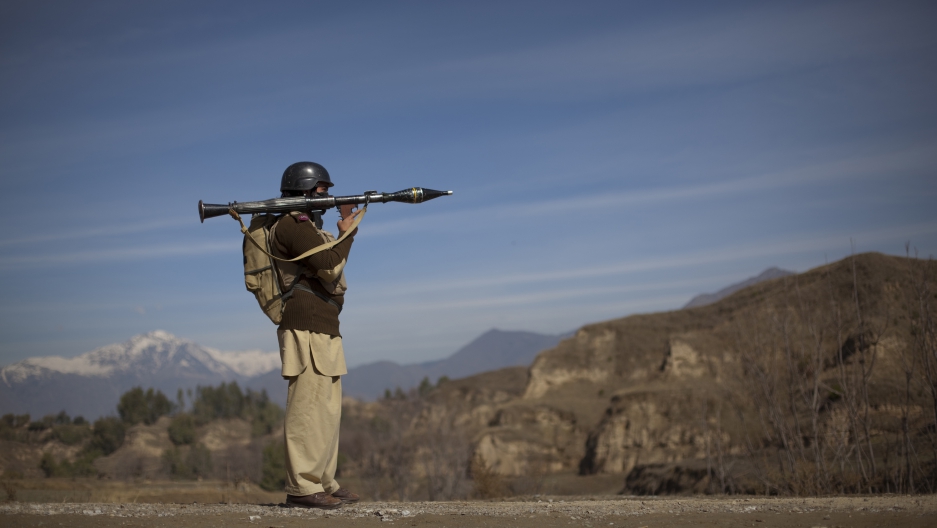 More than a thousand miles of harsh, mountainous terrain separates Pakistan and Afghanistan. The border is notoriously porous and difficult to enforce, as invading armies have learned — and it’s been a source of contention between the two governments for decades.

The “Durand Line” establishing the border was drawn in the 1890s, by British representatives from Afghanistan and what was then British India. It split the land of ethnic Pashtuns nearly in half. Pakistan inherited the border when it gained independence in 1947, but Afghanistan has never officially recognized it. Pashtuns living on either side of the border traditionally haven’t paid it much attention — they often have more in common with each other than with their respective countries.

Things remain tense in the disputed border area, however. Fighting broke out again recently when a Pakistani census group accompanied by soldiers visited villages there, and at least eight civilians were killed.

But officials in Pakistan and Afghanistan are signaling that they may be ready for détente. Both sides have agreed to a thoroughly modern solution: using Google Maps and GPS to conduct a geological survey and settle the border issue for good.

The process is likely to mirror the original marking of the Durand Line. Back then, representatives pored over maps to negotiate a route before walking it, hammering posts into the ground every few miles.

Now, officials from both countries “can walk that border with the GPS, and they can create the digital equivalent of those border posts that they originally marked over 100 years ago,” said Steven Feldman, a digital mapping consultant based in London. The “digital posts” can then be turned into the countries’ borders on Google Maps.

But, Feldman said, the technology is just a tool — Pakistan and Afghanistan first have to agree where that border is. “I’m not certain that Google Maps is the answer to their problems.”

Maps reflect political realities, and Google has what Steven Feldman calls a “hierarchy of rules” when it depicts countries. Most borders are widely acknowledged by the international community, and Google denotes these on its maps with a solid line. For disputed places like Palestine, Kashmir, or Crimea, it gets a little more complicated. Google tries to defer to the judgment of international bodies, and it marks contested borders with dotted lines.

But the Google map you see can be entirely different depending on where you’re viewing it from. That’s because Google must follow the laws of countries it operates in. The Crimean Peninsula was controlled by Ukraine until Russia invaded in 2014. In Russia, according to the law, Crimea is shown to be part of the country with a solid black line. But in Ukraine and most of the world, Google Maps demarcates Crimea with a dotted line.

Google Maps is a private company, Feldman said, and shouldn’t be called upon to arbitrate clashes on the international stage. “It's only states that can bring about dialogue and compromise.”

Yet Google is now the largest mapmaker in the world, and as a result, it frequently gets sucked into geopolitics, willingly or not.

“I guess, naively perhaps, we hoped we could have one global map of the world that everyone used, but politics is complicated,” Ed Parsons, Google’s geospatial technologist, told The Independent. Google did not immediately respond to The World's request for comment.

The company has been the target of social media campaigns and petitions for not drawing a solid line around Palestine, and sometimes the stakes have been even higher: In 2010, when Google data mistakenly gave a chunk of Costa Rica to Nicaragua, troops were deployed on both sides before the map could be fixed.