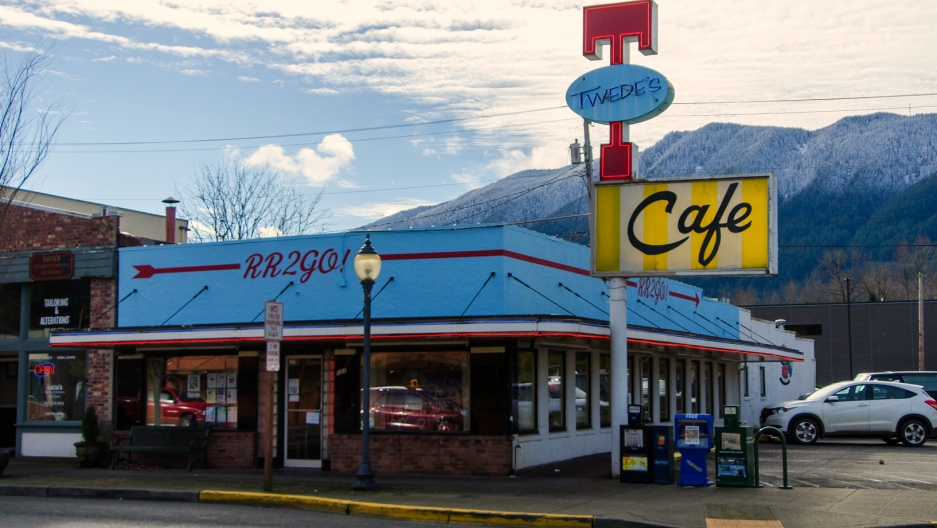 With the show "Twin Peaks," David Lynch created a world that didn't just entertain you ---it occupied you and preoccupied you. But some people don't think of "Twin Peaks" as a place that's just in their imaginations ---or on TV. ForHarry "Buzz" Teter, "Twin Peaks" was the name of his hometown in California. When he first watched the show in 1990, he couldn't believe the parallels to his life. Not only was his Twin Peaks a logging town with oddball characters but his late girlfriend Nancy shared similarities to the character Laura Palmer ---including her murder.

The show caused a different kind of stirfor residents of the towns where "Twin Peaks" was filmed (North Bend, Fall City and Snoqualmie in Washington state). Kyle Twede ownsTwede's Caf, the same location as the Double R Diner on the show. He remembers how a lot of the locals were upset in 1990 that their town was being associated with creepy characters and a supernatural serial killer. ButDana Hubanks, who was born the year the show came out, thinks David Lynch did capture something authentically dark about her hometown. And Cristie Coffing who ownsThe Black Dog Arts Cafin Snoqualmie sees the show as a work of art. Whether it captured the town is less important than the fact that it brought in a steady influx of devoted "Twin Peaks" tourists.