Saber Askar lives in East Porterville, California, and hopes to bring his family to the US and away from Yemen's civil war.

In the town of East Porterville, in California’s Central Valley, there aren’t any sidewalks and there are as many dirt roads as paved streets. It’s also home for Saber Askar, a US citizen from Yemen. Most days, he's found working the cash register at La Buena Vista, a corner store in town with a butcher in the back, a taco truck out front and a stray dog for a mascot. It’s the type of place that sells everything from lotto scratchers to engine oil.

But these days, Askar is increasingly anxious. His wife and young daughters are in Yemen, and their visa applications to come to the US have moved slowly. Now, Askar worries the applications will come to a stop under the Trump administration, which is trying to halt people from Yemen from entering the US.

Askar was 15 when his dad, who lived in the US, sent for him. Askar spent more than a decade working in factories in Indiana before heading to East Porterville to help his cousin with the market. He’s been here eight years now and has picked up a lot of Spanish along the way (East Porterville has a large Latino population). He’s also taught his customers some Arabic, so the store’s official language is a kind of patois.

At work, Askar is known for his cheerful demeanor. His nickname is Moe. However, at home, Askar becomes somber — especially when he calls his wife and three daughters in Yemen. Askar says he has always planned to bring them to the US, after saving up to buy a house in California. But since Yemen's civil war started two years ago, he’s been desperate to get them here.

On the phone one night, Askar asks his 16-year-old daughter how she’s doing. She says that airplanes are "all the time in the air" and they are scared "they’re gonna drop stuff" on them. 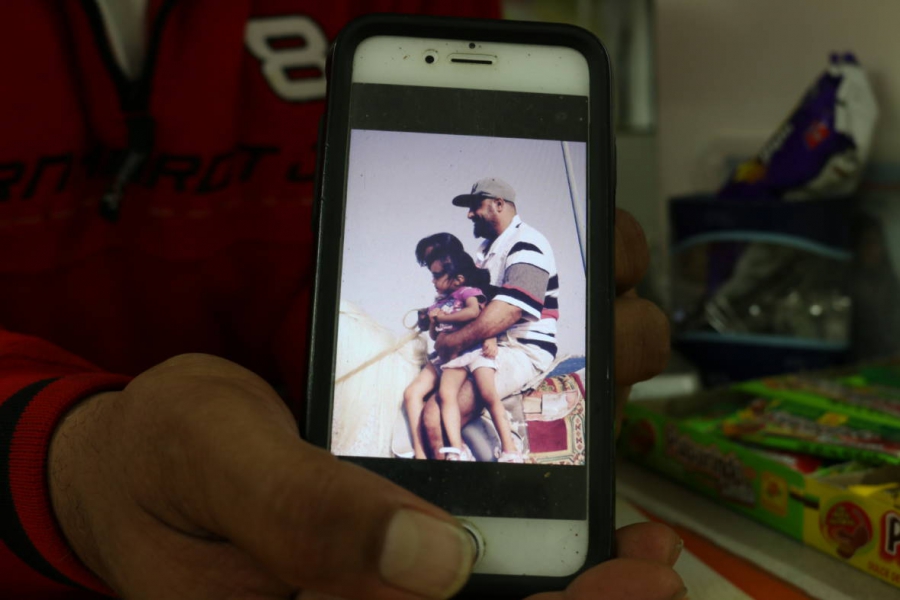 Saber Askar is pictured here riding a horse with his two youngest daughters near the Red Sea in Yemen.

"They cannot find enough food to eat, and every week it’s getting worse," says Askar, who adds that he filed the applications to bring his family to the US about two years ago. But the war is making it difficult to provide all the required documents. 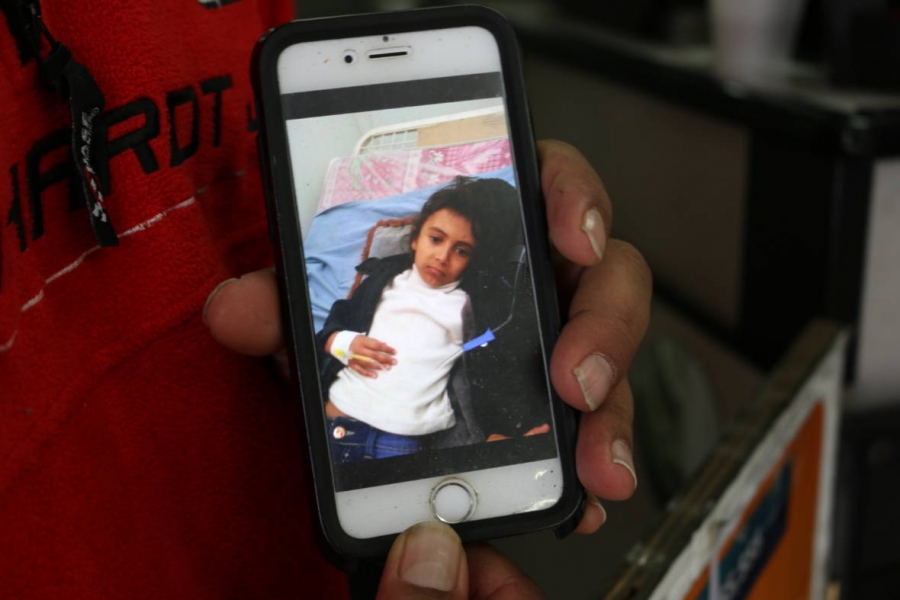 Askar was in the US during the Sept. 11 terrorist attacks. Today, he says, the climate against immigrants feels worse.

"I feel like I’m different, you know," he says. "Even if you’re an American citizen, you're nothing, you're nothing. And that hurts my feelings bad."

Askar also says that he doesn’t just worry about himself and his family, but his customers. Many are unauthorized to live in the US legally. Askar fears they may disappear.

Through all of this, he has one solid source of support: his best friend, Darla Twelker. She’s been helping him with the immigration paperwork for his family. But even this friendship is strained now. Twelker voted for Trump.

After a dinner of chicken and orange rice one night, Askar broaches the subject.

“At least say you’re sorry, you know,” he says.

“I don’t think I did anything wrong!” she responds. But before she can explain, Askar butts in.

“Yes, you did! Do you feel it now? He’s not good!” Askar shouts. Twelker is quiet for a moment.

“You know, I do feel bad,” she says, finally. “I feel bad if you feel insulted that I would choose a president who is so discriminating and so racist. I had no idea. I had no idea that he was going to do any of that.”

Askar's face softens a little as he listens, and then Twelker continues, “I just have total faith that everything will be OK,” she says. “Inshallah ["God willing"]."