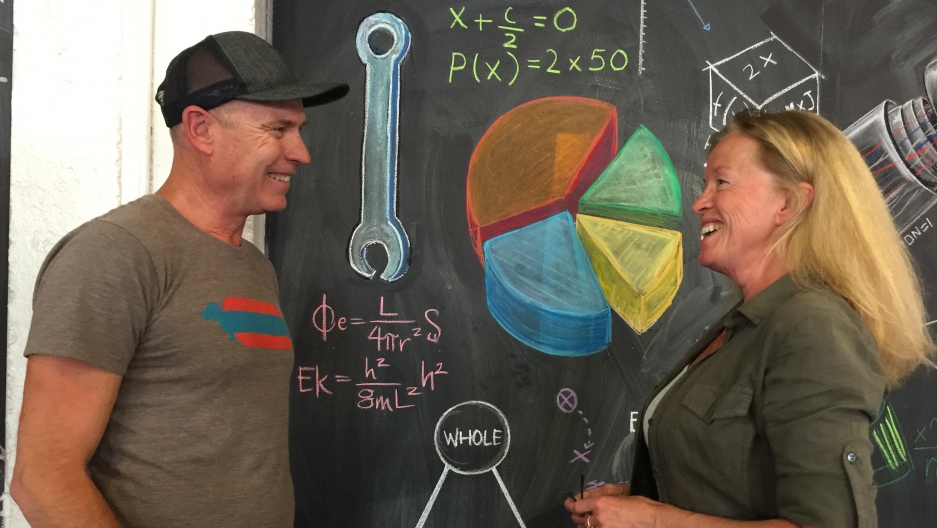 Tom and Tina Sjogren have circumnavigated the globe, walked across the North and South Poles and climbed Mount Everest. Now, they're talking about exploring Mars.

Until pretty recently, a trip to the planet Mars seemed less like the future than a relic of the past. Cue a sizzle reel of the space race: Leonid Brezhnev, the former Soviet leader, in his overcoat, scientists in white lab coats and rockets blasting off on a black-and-white TV. Then came Elon Musk with SpaceX, Jeff Bezos with Blue Origin and Matt Damon with "The Martian," spawning a level of interest in space exploration not seen since the end of the Apollo era.

And, for the first time ever, a grassroots movement of astropioneers — like Tom and Tina Sjogren.

By the time the Sjogrens left their native Sweden for the US, they had already climbed Mount Everest, trekked across the North and South Poles and circumnavigated the globe in a 30-year-old sailboat that Tina Sjogren describes as “basically a roomy bathtub.” The couple holds three Guinness World Records between them and were ready for a new adventure.

“All those expeditions, combined, started to give us the idea: Wait a minute, if we can do this, what else can we do?” Tina Sjogren says.

“Our next step,” Tom Sjogren says, “is going to Mars.”

This view shows part of an area on Mars with narrow rock ridges, some as tall as a 16-story building.

Courtesy of NASA/JPL-Caltech/University of Arizona

Pining to visit a toxic planet some 35 million miles away may sound crazy to a lot of people, but the Sjogrens aren’t alone. Last year Charles Bolden, the former NASA administrator, announced that “NASA’s on a mission to Mars and we’re on the lookout for a new generation of space pioneers.” The space agency received a record-smashing 18,300 applications: more than triple the number of submissions received since the last recruitment drive in 2012.

The thing is, NASA will only end up accepting up to 14 candidates; everyone else is on their own. But the Sjogrens say they’re used to being on their own.

“What NASA is doing is they take the rocket scientists and they try to make them into explorers,” Tom Sjogren says. “Now, we are explorers already, so for us, it's the opposite way around. We have to study up to become rocket scientists.”

This is exactly what they’ve been doing: taking classes in things like high-power rocketry and orbital mechanics and learning how to make space-age materials like carbon fiber from scratch at a local makerspace. They’re also spending part of each year living as they would on Mars. When I reached them in Baja California via Skype, they were on their way to an RV outpost in the Badlands — to build a prototype Mars base camp.

The Sjogrens spent last summer living in a tent the size of the spaceship they hope to design, and hiking through lunar landscapes like the Sierra Nevada’s Obsidian Dome. 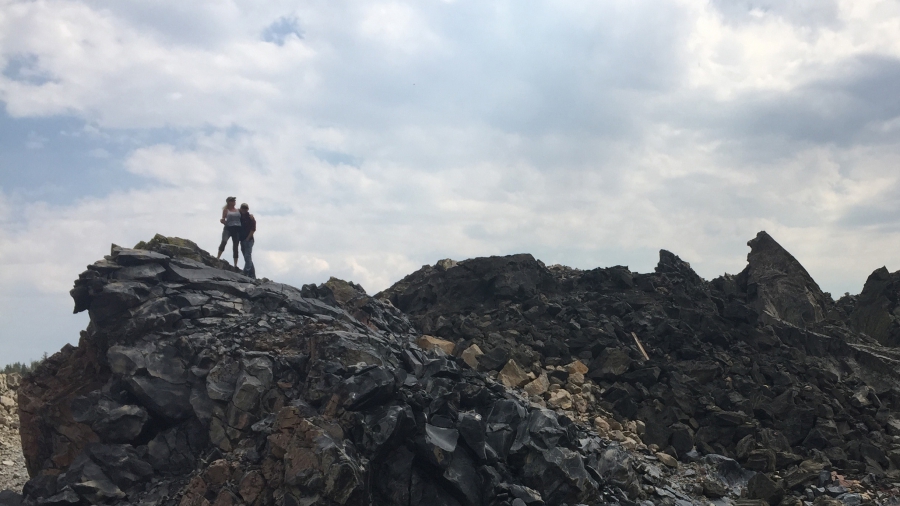 Tina and Tom Sjogren have been hiking around the lunarlike landscape of the Obsidian Dome as part of their DIY preparation for space exploration.

Like the explorers of centuries past, the Sjogrens also plan to return to Earth, with tales of wonder and enriching discoveries. But that’s not true of all aspiring “Marstronauts.” Elena Shateni doesn’t plan on coming back. “I already had lots of experiences on Earth, and I have enormous curiosity,” Shateni says, though she also admits, “I will miss my children, and I will miss Earth, enormously.”

Shateni moved to Los Angeles 20 years ago from Tbilisi in Georgia. Now, she wants to immigrate to the red planet as part of Mars One, a Dutch nonprofit with a goal of creating the first human settlement on Mars.

More than 4,000 people worldwide applied for a one-way trip to be among the first Mars settlers — a group recently whittled down to 100, including Shateni. Last summer, Mars One announced it would cut this number down to a final 24, who will become full-time astronauts in training. Shateni knows it’s a long shot. At 60, she’s the oldest female applicant.

“At a certain point, I have to adjust my expectations. But I prefer to be eliminated, not to withdraw myself,” Shateni says.

She first fell in love with space travel as a child in Soviet Georgia, when she turned on the TV one day and learned Yuri Gagarin had just become the world’s first cosmonaut. “It was like [a] dream,” Shateni still recalls with wonder. “That somebody visited space!”

But it was only here in the US, after a friend invited her to witness the Curiosity rover landing at NASA’s Jet Propulsion Laboratory in Pasadena, that she fell in love with Mars — and the idea of traveling there herself. Watching the Rover land among the sea of blue-shirted NASA engineers, it was like “I just [associated] myself with this Curiosity,” she laughs.

A few months later, she applied for Mars One. As for her two kids here on Earth — now grown, but still — Shateni says they are OK with her ambitions as long as Mars makes her happy. But as her son also pointed out: “By the way Mom, you are not there yet.”

No one is, and that’s the point. Veteran NASA astronaut Don Pettit told us it would likely take another 30 years before humans touched down on Mars. It would certainly take billions of dollars, which neither the Sjogrens or Mars One claim to have.

In the meantime, though, they keep busy spreading the word: punking NASA, shooting rockets, building base camps or simply dreaming out loud.