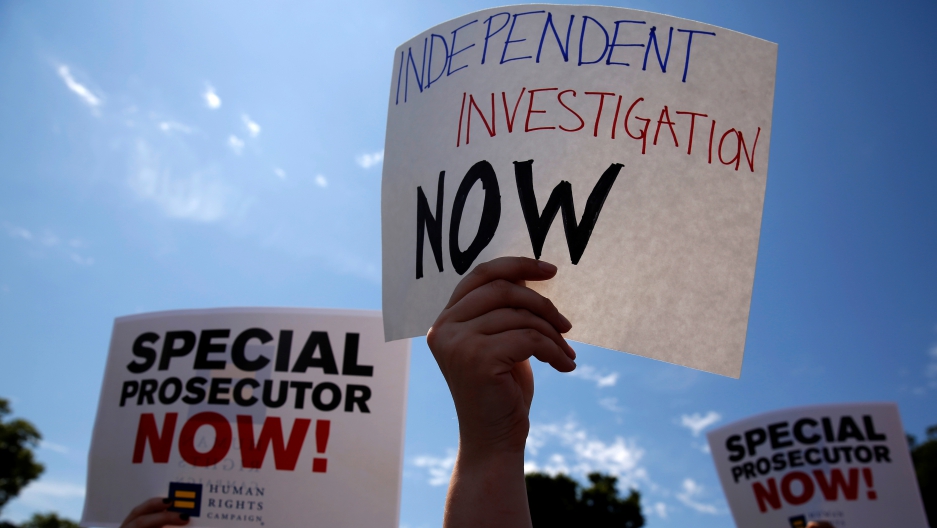 Donald Trump's firing of FBI Director James Comey is making headlines around the world. It's raising questions from the Middle East to South America about the independence of the US justice system and law enforcement as well as a president's power going unchecked.

The World reached out to journalists, thought leaders and political scientists from other countries where national leaders have found themselves clashing with investigators. Here's how people across the globe are responding to Trump's latest controversy:

"I’ve been living here for the last nine years. Seeing FBI Director James Comey get fired by President Trump while he’s in the middle of an investigation of the president's campaign team and their potential collusion with Russia reminds me a lot of what we saw here in Egypt when the head of the auditing agency responsible for investigating corruption was fired and eventually arrested and convicted of a crime because he had pointed out that there was massive corruption in the Egyptian government, including from people in the security apparatus, which is the most powerful set of government institutions in Egypt. What Trump’s behavior does, is it allows people like Sisi, like other authoritarians, to point at what is supposed to be the model of democracy in the world (or the government at least likes to suggest that it is a model of democracy) and say, 'See, they do it too!' So when you have instances of police brutality, they love to point at that and say, 'See, it’s not just the Egyptian police. This is a global issue.' When you have issues like the dismissal of people investigating people around the president casually, without any sort of check on that decision, again, they’re going to be able to say, 'Even in the United States they do that.' So it helps them. It helps every authoritarian in the world."

"When we heard about Trump’s firing of Comey, I was having a conversation with my fellow professor with whom I co-teach constitutional law. And we both agree that were this the case in South Africa, the issue would be reviewed. Meaning, we are entitled to review executive decisions for the want of rationality. And it would be perfectly clear that in this case, a president would need to give reasons why he fired Comey and those reasons would have to meet a test of rationality, and if not, a court would set aside the decision to fire Comey. There is of course in South Africa a debate, a big debate, as to how far courts should extend into the realm of executive authority. But you have to understand the reason why we’ve taken an expansive view of review of executive powers is because of our history of apartheid where we suffered from egregious, arbitrary, racist executive action for generations. And we were determined not to repeat that mistake when we drafted our Constitution in 1996. And that’s why we have a very thick system of review power, which would include the kind of decisions that a president took in this context by firing the FBI director." 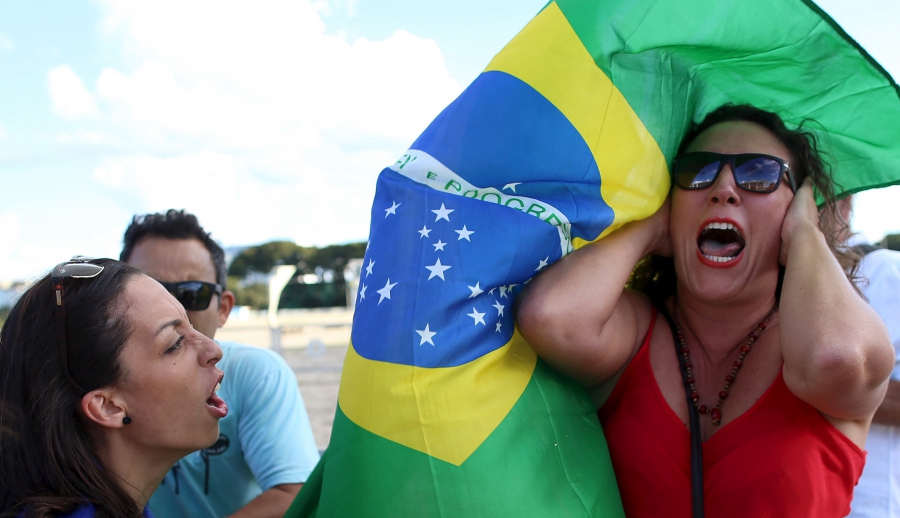 An anti-government demonstrator (L) shouts slogans against a supporter of Brazil's President Dilma Rousseff during a protest against the appointment of former President Luiz Inacio Lula da Silva as a minister, in front of the Planalto Palace in Brasilia, Brazil, March 16, 2016.

"For us in Brazil, we are also facing a similar crisis because of the big investigations against corruption, the operation of “Car Wash” (Lava Jato). They are bringing to justice very important politicians in the country who are still very powerful and very popular. So there is this very big debate going on in Brazil right now about the rule of law and if anybody is above the law, if anybody can be outside the reach of judges and prosecutors. So when you see something like that happening in the United States, we fear for the future of this kind of investigation in a country such as Brazil, where the institutions are not as strong as they are in America. There are many people in Brazil who have a very romantic view of the United States, who think that the American government has solved all the important problems in American society. But it’s much more complicated."

"I’ve been covering the Middle East and North Africa for about 15 years. One of the things that was kind of interesting about the firing of FBI Director Comey by President Trump was the parallels that we see sometimes in this part of the world, where there's this constant friction between the elected officials in the government and the so-called mandarins of the deep state. We’ve seen that a lot in Turkey in recent years, as the President Recep Tayyip Erdogan has gotten into these very, very intense battles with these top security officials in the intelligence and the military branch, putting some of them in prison, firing some. There have been an intense number of purges of the security forces in Turkey over the last few months. And also in Algeria, where the elected President Abdelaziz Bouteflika in late 2015 fired the longtime head of intelligence, this famous shadowy, figure, Colonel Mediène. People were very shocked because the portfolio, the power that Colonel Mediène had built up, had been so overwhelming that people thought that he’d never go from his post. This conflict between the White House and the FBI as well as the months-long fight between the Trump administration and the US intelligence services, it looks more and more like the US is becoming similar to the Middle East."