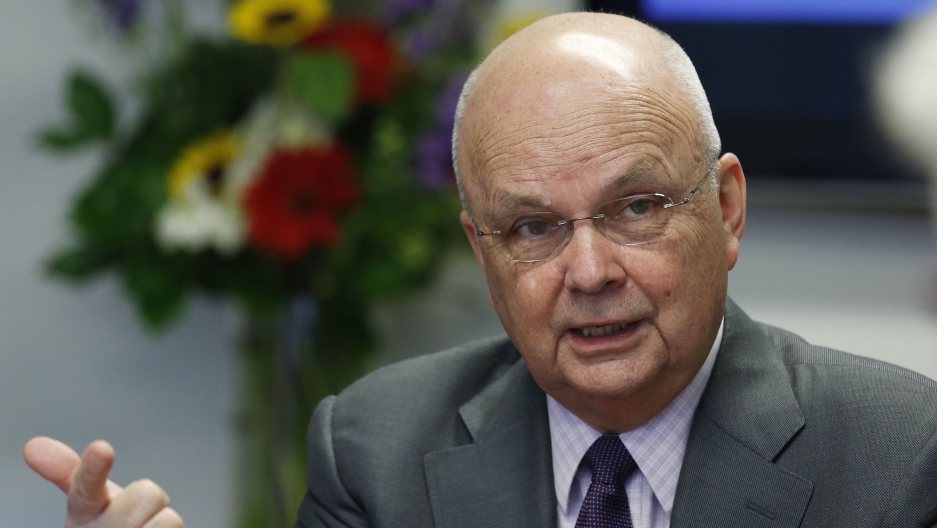 On Monday, it was revealed that former President Barack Obama warned then-President-elect Donald Trump not to hire Gen. Michael Flynn. That was two days after the November presidential election. Despite the warning, President Trump selected Flynn as national security adviser. Flynn was later fired for lying to Vice President Mike Pence about his discussions with the Russian ambassador to the United States.

During a hearing on Capitol Hill on Monday, former acting Attorney General Sally Yates also revealed that Flynn was vulnerable to foreign blackmail and that she issued a separate warning about him to the Trump administration. Yates testified alongside James Clapper, the former director of national intelligence.

Retired four-star Gen. Michael Hayden served Presidents Bill Clinton, George W. Bush and Barack Obama in top intelligence posts, including as the director of the National Security Agency, the director of the CIA, and the deputy director of national intelligence. Though Hayden believes Flynn is “tactically brilliant” and praises his distinguished career within the Pentagon, he argues that he was not the right person to serve as Trump’s national security adviser.

“I think Mike coming into the national scene was very unfamiliar turf for him, and I don’t think he was a very good fit for the job that the president selected him for,” Hayden says.

“This was a perfect storm,” he later adds. “Gen. Flynn coming out of government a bit angry, feeling a bit disrespected, passionate about some things, and working for a president who had those same attitudes — they kind of fed off of one another. Hence, my reasoning, back before all this, I thought Mike was an ill fit for the job. What President Trump needs is someone to calm him down, not someone to accelerate him. I fear as if we’ve got this convergence, and it just headed to a very dark place.”

According to Hayden, during an early Trump transition meeting on national security, Flynn was specifically told to be careful when it came to discussions with the Russians.

“There were already these kinds of signs, I think, that folks more familiar with how this stuff works were a bit ill at ease with what they saw happening,” Hayden says.

Overall, Hayden believes that the testimony given by Clapper and Yates was solid.

“You saw two career government professionals testifying yesterday,” says Hayden. “I’ve got to tell you, the only safe haven for a government professional in issues like this is the truth. And I knew, when I saw the lineup for this hearing, one, this was not going to be a happy day for the White House, who have tried to spin all of this in every possible direction. And number two, this wasn’t going to settle things down — this was going to excite this issue.”

After the Trump administration was warned about Flynn, there should have been a “tectonic shift inside the West Wing of the White House,” Hayden says.

“[Monday], we learned [the warnings] happened not once but twice in personal meetings, and [there was] an additional phone call,” says Hayden. “The tone of the conversation was intensely serious, and that this is a big deal.”

After Yates warned the Trump administration, it took officials 18 days to fire Flynn, something Hayden attributes to “chaos and incompetence” within the White House. On Monday, officials within the administration backtracked, saying that former President Obama did warn President Trump, but that Trump thought his predecessor was joking.

“This White House has a strained relationship with the truth, and they find themselves unable just simply to admit facts that seem obvious to the rest of us,” says Hayden. “Ten days ago, you had the president of the United States still questioning whether or not the Russians were the ones who actually did all this stuff.”