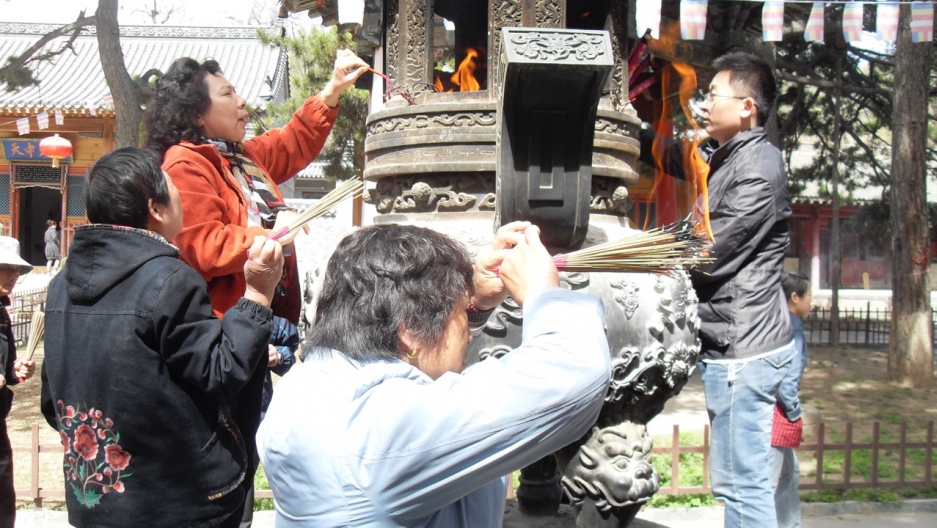 Chinese offer incense at a Buddhist shrine at Wutaishan.

China’s success as a rising global power hasn’t always had the effect at home that many Chinese, including China’s leaders, might have liked or expected. 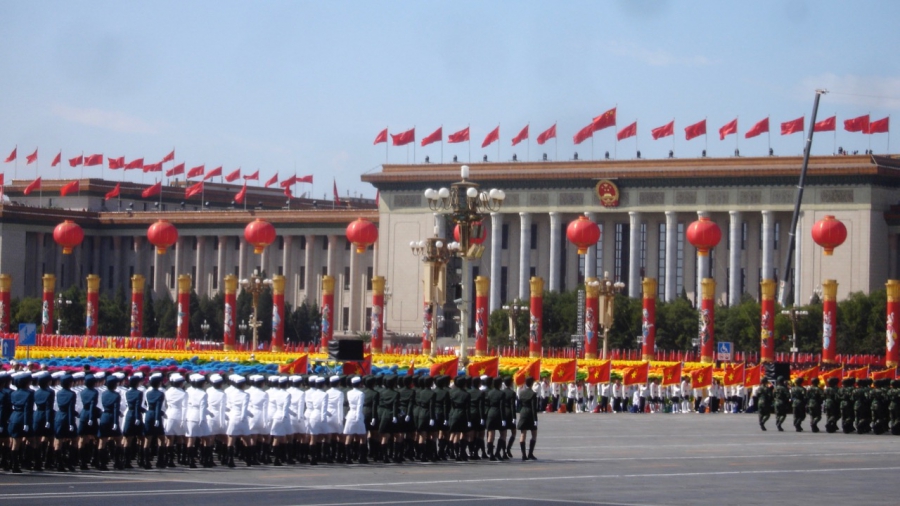 Military parade in front of the Great Hall of the People in Beijing, to mark the 60th anniversary of Chinese Communist Party rule, in 2009.

“As one guy who told me, 'We used to think we were unhappy because we were poor. Now, we’re no longer poor, but we’re still unhappy,'” says Ian Johnson, a long time correspondent in China, most recently writing for The New York Times and the New York Review of Books, and author of the new book The Souls of China: The Return of Religion After Mao.

If it’s tempting to pull out the old saying "money can’t buy happiness," many Chinese are more interested these days in figuring out what can. And so, a search for meaning has intensified in recent decades, as the descendents of those who once revered Mao Zedong and the Communist Party, and Chinese emperors before that, now embrace new centers of meaning, and new communities that share their values. 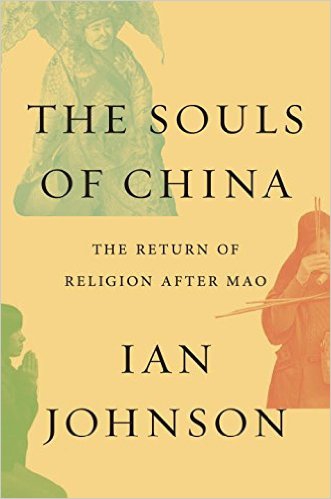 The Souls of China, by Ian Johnson

Over the past couple of decades, the number of Chinese who call themselves spiritual adherents has shot up; now, about one-third of all Chinese self-identify as belonging to a religion. The majority follow Buddhist or Daoist practices, but the number of Christians in China has grown fast too. There are now an estimated 60 to 100 million Protestant Chinese, and about 10 million Catholics, with many in social justice endeavors in China citing Christianity as an inspiration for their work.

This search for meaning in China is by no means a new thing. China is, of course, the birthplace of two of the world’s great philosophic traditions, Confucianism and Daoism. Buddhism was born in India, then traveled to China, and was absorbed, and synthesized with aspects of Daoism, Confucianism, and folk religion, into a belief system uniquely China’s.

It is embedded into the old Chinese lunar calendar, into seasonal rituals, and even into the way Beijing is laid out as a city. 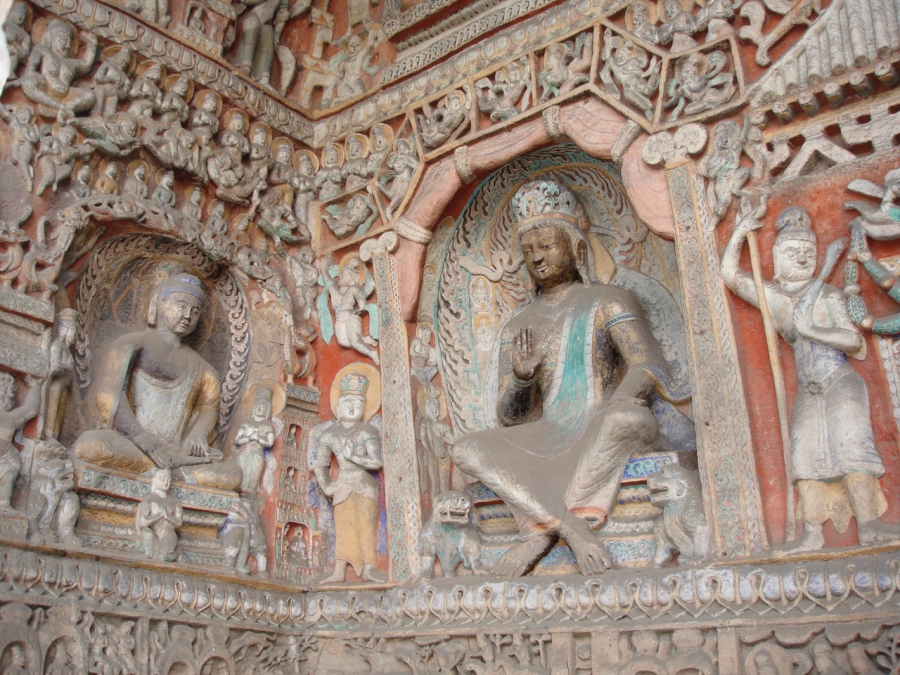 For centuries, these rituals, and the beliefs underlying them, were practiced faithfully and seemed immutable. Chinese emperors, for a time, rejected foreign influences and modernizations, saying that China, the Middle Kingdom, already had all under heaven that it needed.

That began to change with the Opium Wars with Britain in the mid-19th century, which shook China’s self-confidence, and with the introduction into China of Christian missionaries. The latter inspired the Taiping Rebellion, a millenarian uprising, led by a guy, Hong Xiuquan, who claimed to be Jesus Christ’s younger brother and sought to upend and replace China’s political and moral order. It was the bloodiest war of that century; estimates of those killed range from 20 million to more than 70 million.

Eventually, China’s emperor and his army regained control, but as Chinese had more contact with the West, with new technologies and ideas in the 19th century, they realized China had some modernizing and reimaging to do. Chinese intellectuals puzzled over how they could embrace some Western ideas, while holding on to the essence of Chinese culture.

In the countryside, some Chinese were still open to hearing about Christianity. Among them was former a poor fisherman on China’s southern coast, the great-grandfather of Jennifer Lin, a former China correspondent for Knight-Ridder, and author of the new book Shanghai Faithful: Betrayal and Forgiveness in a Chinese Christian Family. 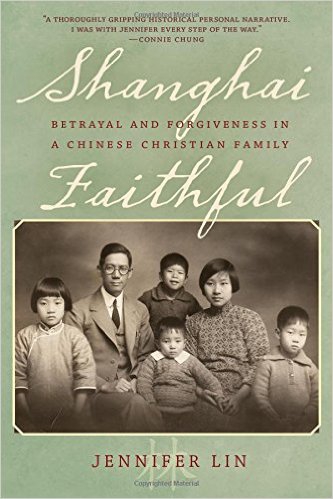 “He went to work for the Anglican missionaries as a cook,” she says. “And then he embraced the religion. ... If you’re a peasant, living in rural China in the 1800s, your life is pretty difficult. You’re trying to eke out a living. And so, the missionaries show up and say, ‘read this book, follow these Ten Commandments, and you’ll find happiness.' That resonated.”

So did the opportunities that sometimes came with converting. Some Chinese derided Christian converts back then as “rice Christians,” people who’d embrace some foreign faith because of the opportunities it might give to improve your material life. Sometimes, such people were attacked. Lin’s great-great-grandfather, in fact, left his village in a hurry under such a threat, and threw in his lot with the missionaries. His son got a good education, and became a doctor. His grandson, Jennifer Lin’s grandfather, became a leader in the Episcopal Church in Shanghai, and married a woman whose brother, Watchman Nee, became an evangelical leader still beloved among many Protestant Christians in China today.

Meanwhile, China’s search for meaning and modernization continued, and missionaries built schools, universities and hospitals, educated girls and women, and helped introduce new technologies and innovations into China. Some Chinese embraced these new ideas; others feared that they would threaten the essence of China, Chinese culture and beliefs. A compromise was struck by some — take what was useful to China from Western science and other ideas, but preserve China’s soul.

By the 1920s, a growing number of mostly young Chinese were embracing another set of ideas that came from the West — Marxism, Leninism, Communism. Embedded within these ideas was the idea that religion was the opiate of the masses — even as many of the rituals of the Soviet and the Chinese Communist Parties, demanded a kind of reverence, and a leap of faith, usually found in religions.

The Communist Party played to Chinese folk religion and other traditional beliefs to come to power, but a crackdown on religious belief wasn’t long in coming, including the destruction or repurposing of many thousands of Buddhist and Daoist temples, and Christian churches, with an especially harsh crackdown on Tibetan Buddhists. Jennifer Lin’s grandfather, the Episcopal minister, was at first sidelined, in the 1950s, and then denounced during the Cultural Revolution. So were Watchman Nee and his sister, Lin’s grandmother, who was persecuted as being that much more of a counter-revolutionary, being related to not one but two religious figures. All three died during the Cultural Revolution.

“I’m in awe of the religious beliefs of these people in the face of great persecution,” says Lin. “And to actually witness it, by exploring it in terms of the past, my grandfather, my grandmother, it brings me awe, to think people could withstand persecution to the degree they did, in terms of beliefs. It didn’t change my beliefs, but it changed my appreciation of these people.”

And then Mao died too, in 1976. The Cultural Revolution was over, and the Communist Party eased up on persecuting people who believed in something other than Communism — a hard sell, after all, after the chaos wrought and tens of millions of premature deaths under Mao. The Communist Party sought as its new role, bringing prosperity to the nation, and renewing national pride. And while that has worked to some extent, as a way to continue to rally a modernizing nation behind it, for many Chinese, it hasn’t been enough to fill what many felt to be a spiritual void. 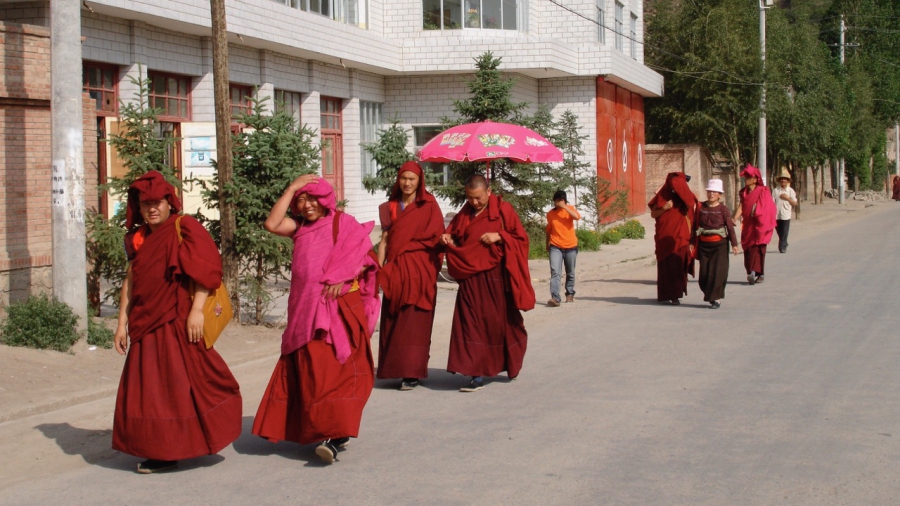 “A lot of it is driven by this feeling that there are no shared values in Chinese society anymore,” says Johnson. “People constantly talk in social media –—and this is uncensored (by the Chinese government), it’s OK to talk about it — this lack of minimum moral standards in society, that anything goes, as long as you don’t get caught.”

Another driver, Johnson says, is a desire for community in a society that has rapidly urbanized, with rural Chinese moving to new cities, and old urban-dwellers losing their neighborhoods to demolition and construction of new developments.

The Communist Party officially recognizes five religions — Buddhism, Daoism, Protestantism, Catholicism and Islam, and tries to control each under the umbrella of the state, forbidding most ties with foreign centers of power, such as the Vatican. The party has long been wary of competing parallel power structures, including "house churches," gatherings of Protestant Chinese who seek to practice their faith outside of the strictures of Communist Party rules. Many such adherents still remember and respect Watchman Nee.

But whereas the party had, for decades after Mao, continued its disdain of religion, and some persecution of its adherents, it has of late seen a role for religion to play in society, in instilling an ethical core that many Chinese feel is lacking.

The party in general, and its leader China’s president Xi Jinping in particular, prefer traditional Chinese spiritual practices to Christiantiy — some Christian churches have been made to remove their crosses from the tops of their roofs, while businessmen and bureaucrats have been encouraged to attend weekend seminars on Confucianism, and Xi has been known to help traditional Daoist and Buddhist temples and communities. The party, however, promotes the tenets of Confucianism that stress hierarchy, and obedience to those in power. 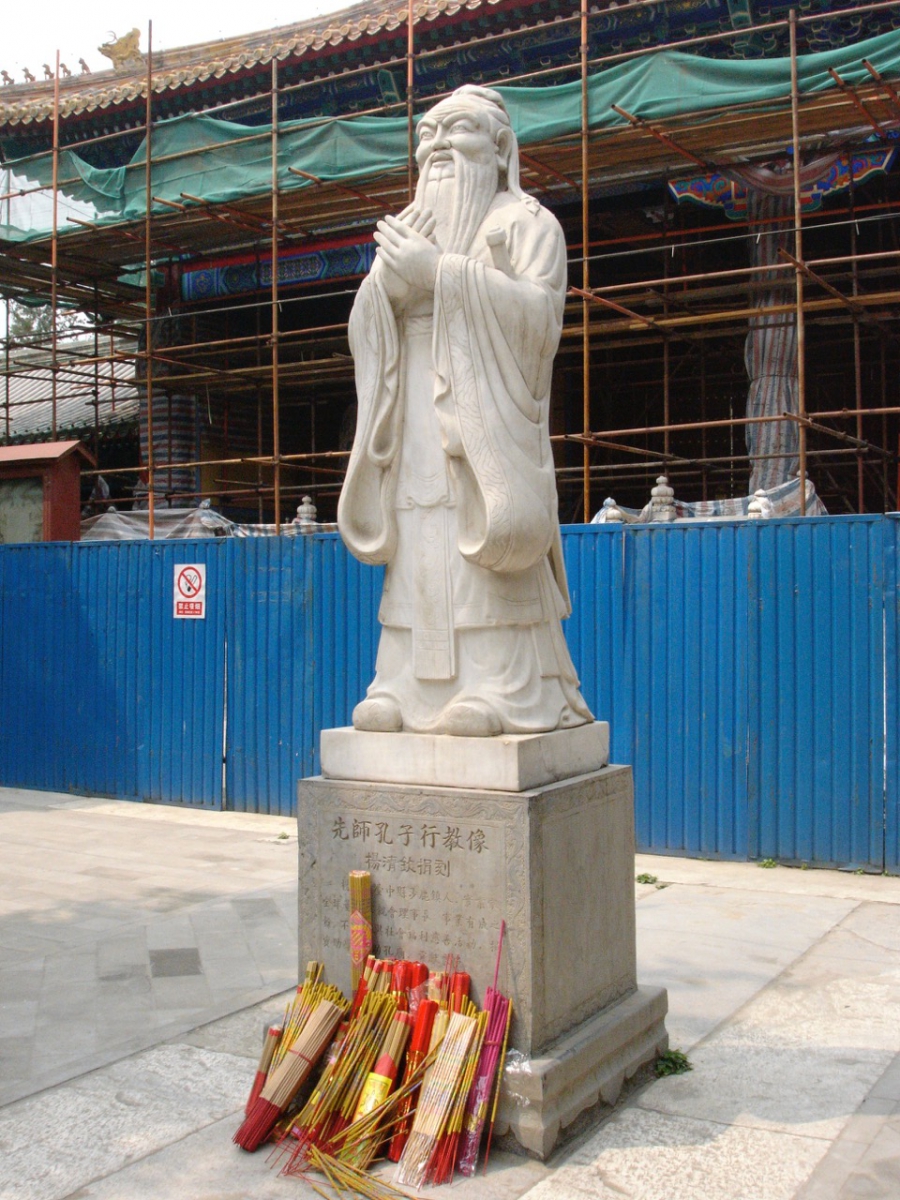 Confucius statue in Beijing with Beijing, with offerings.

“Some people think China needs rule of law, or it needs democracy, and that will solve the problems in society,” Johnson says. “But many people see it as a religious or moral problem, that after the old system was destroyed in the late 19th and early 20th century, Communism didn’t last, and they need something new.”

Turning to religion or spiritual practice is one way Chinese are now looking for meaning, but, as in the past in China, what starts with finding a new moral center, can lead to a yearning to shape new relationships and rules in society. China is still finding its moral compass and its direction, some 40 years after Mao’s death, and what started as a search for meaning may yet lead to more sweeping societal change. It’s a prospect that makes the Communist Party nervous, and keeps it vigilant.

“I think all religions have an over-arching idea of justice and righteousness, and heaven, ‘tian,’ that ‘s above all else,” Johnson says. “It helps create among people that it’s not the government that gives us rights and laws. It comes from something higher. And I think that’s the change that could come to China in the future.”