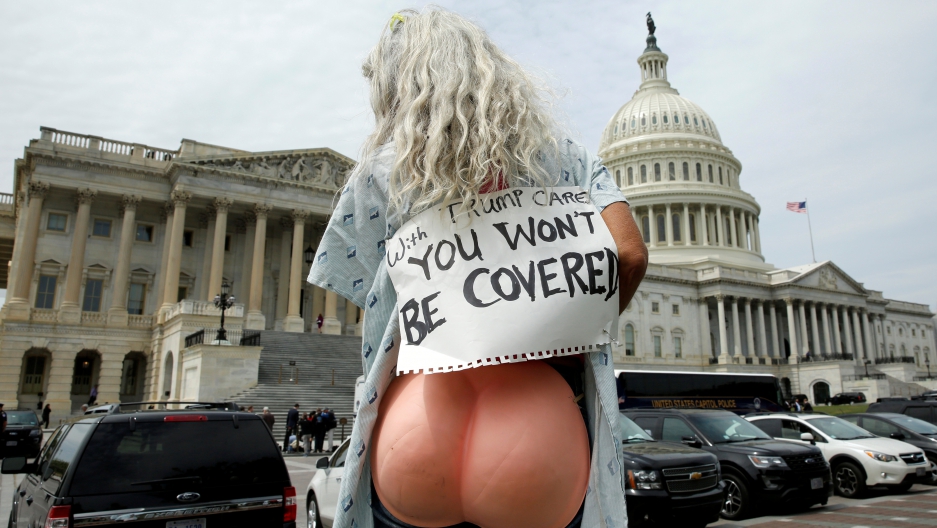 A protester rallies during the US House vote on the American Health Care Act, which repeals major parts of the 2000 Affordable Care Act know as Obamacare. Capitol Hill in Washington, US, May 4, 2017.

The US House of Representatives on Thursday narrowly passed a Republican effort to repeal and replace Obamacare, delivering a welcome victory to President Donald Trump after early legislative stumbles.

Following weeks of in-party feuding and mounting pressure from the White House, lawmakers voted 217 to 213 to pass a bill dismantling much of Barack Obama's Affordable Care Act and allowing US states to opt out of many of the law's key health benefit guarantees.

The measure now heads to the US Senate, where it faces an uphill battle.

Outside the Capitol in Washington, DC, supporters of the Obama policy protested during the House vote.