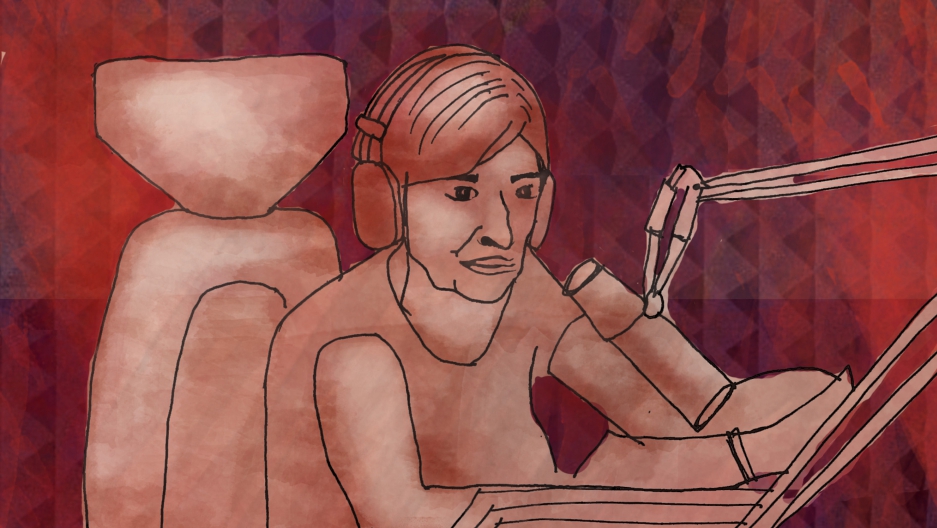 Muna Assaf has been asking her reporters to talk with people on the street about catcalling. She said men do it because they think they have the right to do it.

If you’re listening to Besan 101.9 in Ramallah, you might catch something you don’t usually hear on the radio in the West Bank — conversations about the harassment of women on the street.

The station manager, Muna Assaf, recently sent her reporters to ask people what they think about the catcalls that women in Ramallah are bombarded with on a regular basis.

One of the derisive remarks that Assaf has heard recently is, “Your breasts are better than chicken breasts!”

The next day, Assaf aired some of the responses that her reporters collected, on a show called “Echo of the Street.” One man said boys should be more polite but women need to cover themselves more.

To which Assaf throws up her hands. Harassment isn’t about modesty, she says — it’s about men and their sense of power.

For Assaf, the topic is personal. She says about 20 years ago, she witnessed an assault of someone close to her. She doesn’t want to give details. But she says when she told people about what had happened, they didn’t believe her. She felt totally isolated.

Assaf is a small woman in her 50s with a maroon-tinged pixie cut. Almost all of her staff is under 30; half are women. The station’s shows address topics including sex education, family planning, economic empowerment, continuing education and relationships between men and women. 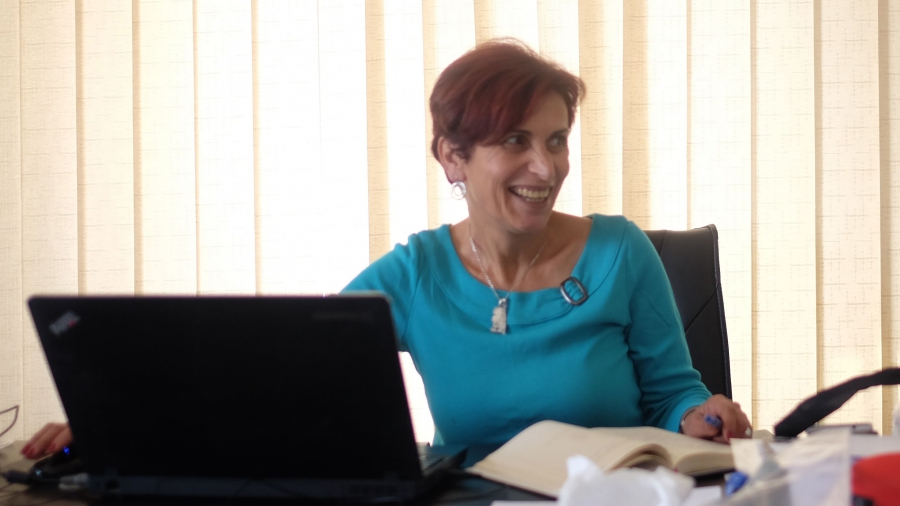 Muna Assaf has a young staff of producers and reporters. Half are women.

Assaf’s background is in public health and nursing, but she wanted to have a broader impact. So she pitched an idea for a radio show to the owner of 101.9. Instead of giving her a show, he made her the station manager.

Assaf says, in that role, she has to be strategic. Palestinian society is getting more conservative, she says, so she has to be careful about how she frames taboo topics on the radio. She says to make real change, her messages have to reach everyone: women and men, atheists and religious people. So, for example, when she talks about sex, she says her starting point is the Quran.

Another sensitive topic Assaf's station has covered is divorce. In one of her shows, Assaf asked two divorced women how they get by, raising kids on their own. They told her it takes self-confidence to face criticism in the community.

It was a provocative show. Assaf says Palestinians in Ramallah talk about divorce like it’s a disease. A husband might not let his wife remain friends with a woman who gets divorced out of fear that she’ll get ideas of her own.

Assaf says talking openly about divorce could really help women in the West Bank. A recent UN report concluded that nearly one in three married Palestinian women experiences some form of domestic violence. But most keep silent about it.

She says the mentality is that “If your husband [abuses] you sexually, no one [needs] to know. If there is inside family harassment, no one needs to know about this. You need to keep everything silent.”

But Assaf doesn’t keep silent. She wakes up every morning, goes into the studio, and she talks.