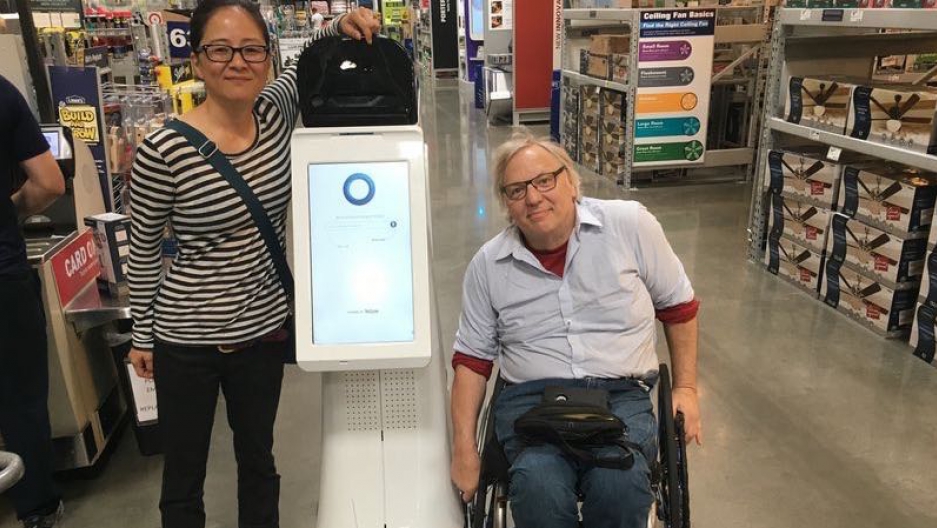 It's the free market that decides which jobs stay and which jobs go, and technology and innovation are changing the present and shaping the future of the US labor market.

A trip to a Lowe’s hardware store in the San Francisco Bay Area shows this shift well. On the floor of this big-box home improvement store in east San Jose, shoppers can interact with a white plastic pillar that is touchscreen-enabled and speaks directly to users.

This customer-service-enabled robot — what the store has called a “LoweBot” — isn’t replacing human workers just yet, but Kyle Nel, head of Lowe’s Innovation Labs and the company’s vice president of disruptive innovation, has been developing the machine to help customers navigate their way around this massive store.

“Technology is increasing at an exponential rate,” he says. “Our customers are walking around with these supercomputers in their pockets, and their expectations are growing day by day. And our ability to service that need is not as fast as that. So how do we give people what they really want in an intuitive way, without just overwhelming them and dumping stuff on them? That’s actually a really hard thing to do.”

The company is using creative ways to develop in-store technologies to better serve its customers.

“We actually give all of our marketing research and trend data to professionally published science fiction writers,” Nel says. “They’re uniquely capable of kind of sifting through all the possible, probable permutations of the future and coming up with how that will actually play out. So it’s not like, ‘Virtual reality will be a big deal,’ or, 'Robotics will be a big deal,' it’s lik, how those things might play out together — think 'Back to the Future Part II.'"

The LoweBot is new to the store — they say it’s still in beta — and the company says it has a bunch of bugs to be worked out.

“The robot does a lot of little things; if you’re coming in for a very specific thing, it can show you exactly where it is, but naturally it’s processing still — it’s still in its infancy,” Nel says. “We see the future and where these things are going, and we have to try to figure out how to integrate them in, and that means working when it’s not perfect, and dealing with wifi issues and other things.”

Though the company is still working to fix the kinks of this in-store customer service technology, it does have its eye on the future. However, Nel says that this kind of tech won’t erase the need for human workers — not yet at least.

“We’ve had smartphones for a little over 10 years now — we all carry around these supercomputers in our pockets, and it doesn’t make any of us obsolete, it just gives us superpowers,” he says. “That’s honestly and truly what the intent of these robots are. I see a lot of these robots, both visual and those that are going on in the background — [artificial intelligence] and other things — just give us more intuitive superpowers; they just augment us and make us better, both our store associates and our customers, too. So I actually think that you’ll see more robots in real life, but actually, a lot of the robotics will happen in the background, and you won’t see it as much.”