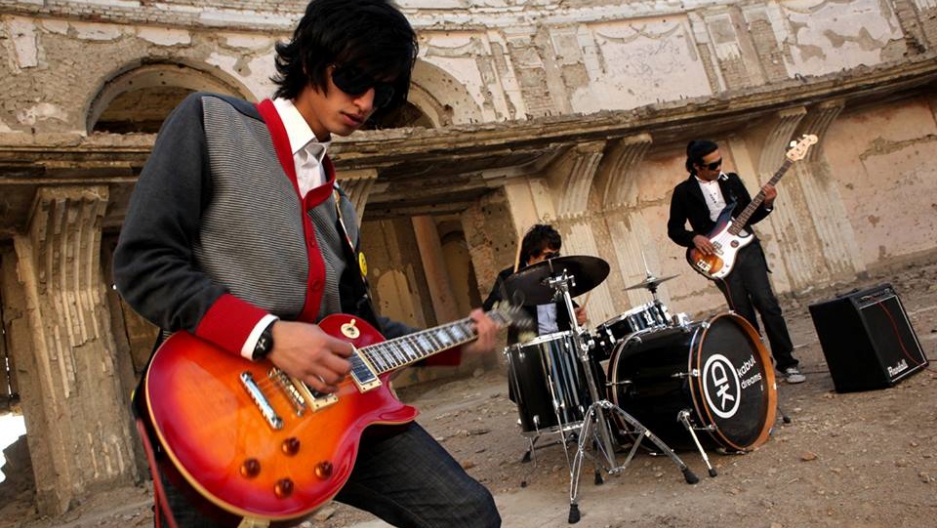 Sulyman Qardash and I are in a rehearsal studio in Oakland. He's the lead singer and guitarist of Kabul Dreams, one of Afghanistan’s first rock bands, and picks up a guitar to play me the song "Saturated Hope" off their newest album.

Qardash has dark eyes, black hair, a thin frame and wears a black leather jacket over a Led Zeppelin T-shirt. Qardash was born in Kabul but grew up as a refugee in nearby Uzbekistan when the Taliban ruled Afghanistan. When he was in high school in Uzbekistan, his friends exposed him to punk rock and bands like Nirvana and the Sex Pistols. 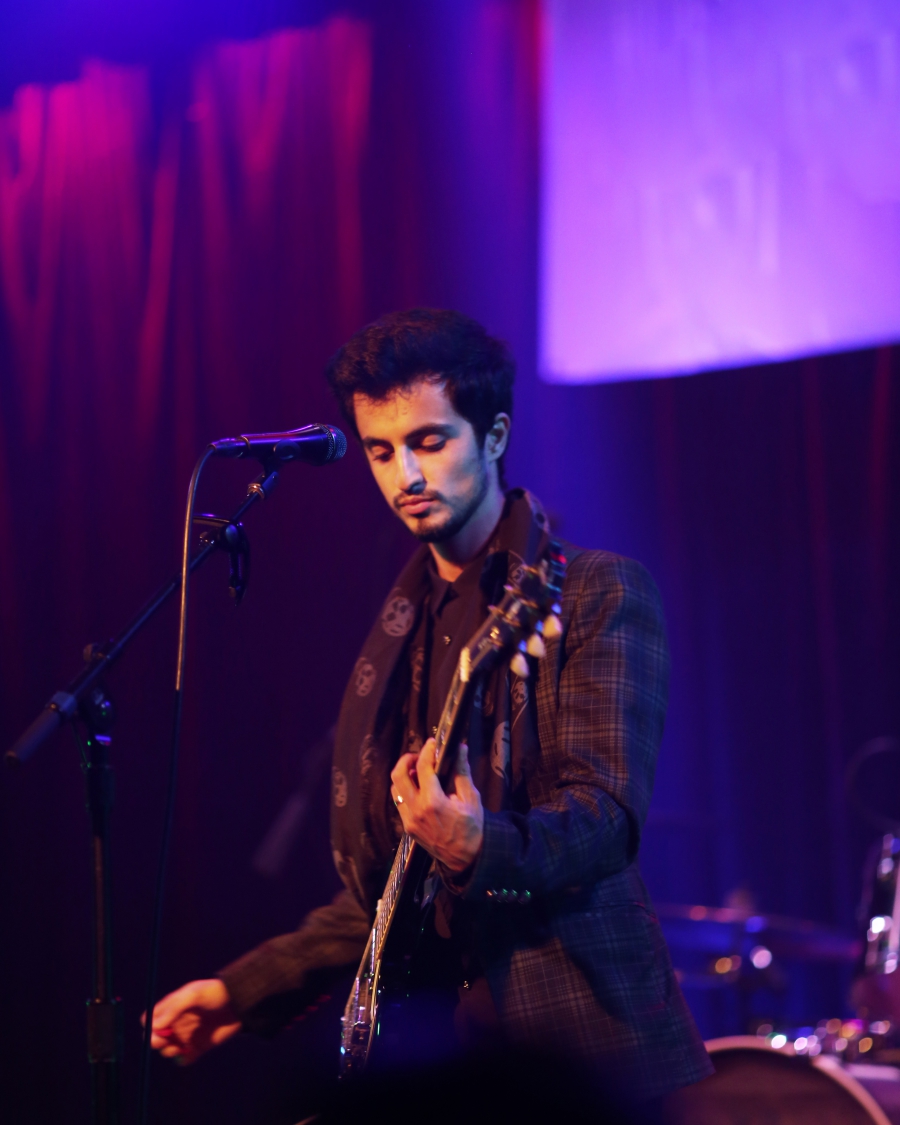 He was hooked. He picked up his first guitar at age 14 and never put it down. As a refugee, Qardash says music gave him a sense of home. After the fall of the Taliban, he returned to Afghanistan in 2007 and started Kabul Dreams with two other Afghans who had also returned home.

Kabul Dreams first toured the US in 2014, when the members also decided to live full time in the US after receiving multiple death threats in Afghanistan for being in a "Western" rock band. Qardash says "Saturated Hope" is about displacement and having to leave your home country.

Qardash says the band never planned to leave Afghanistan, but dreams of the US invasion bringing democracy there were shattered. Bombings keep happening and still do. The UN reports more than 63,000 Afghans were killed between 2009 and 2016.

“It wasn't easy," says Qardash. "Not only for me but for all the refugees, I guess. Moving from one place to another constantly actually makes you who you are in a way.”

After moving to California, the bandmates started from scratch. They got day jobs in sales or whatever they could find to support themselves. Qardash bought his first car, something he never had in Kabul. There were also some surprises, including the band's role in a film called "Radio Dreams," where Metallica is urged to jam with Kabul Dreams. (Read more about that here.)

Now, Qardash is surprised he’s confronting a new challenge in the US: Islamophobia.

“In America, people are still fighting against racism," he says. "For me, I thought those issues were already clear before I came, to be very honest. ”

Qardash calls President Donald Trump’s attempt at a travel ban aimed at Muslim countries "ridiculous." Even though Afghanistan is not on the list, he says his religion and ethnicity are targeted. Qardash hopes his music will help people rethink stereotypes.

“If a kid in California finds out about Kabul Dreams being from Afghanistan, and being an Oakland-based band, if they listen to our music and they say, ‘Oh wow, I like their music,' I’m pretty sure they would change their perspective of where we are coming from ... change his mind about the immigrants and people from different backgrounds," Qardash says.

Yet, Qardash says that building a cultural bridge is ongoing. While he learns about American culture, he teaches people in the US about Afghanistan. For example, that Afghanistan is not a part of the Middle East.

“Almost on a daily basis, I have to tell people that I’m not from the Middle East,” says Qardash. “Afghanistan is not in the Middle East, it's in Central Asia, just between the border of Central and South Asia to be precise. Not knowing that is OK. In the beginning, I would really get frustrated about that but since I realize that I don't know a lot about American history, they have a right not to know about where I am coming from, as well," he says. "So, it's kind of a combination of them giving me some information and me giving them some information about my background.”

Kabul Dreams recently released their latest album, called “Megalomaniacs.” Qardash feels that megalomaniacs rule much of the world today, causing people to flee their homes and become immigrants and refugees. It’s Qardash’s story, it's Kabul Dreams’ story and one that the band will share one song at a time.

This story is a part of West of Middle East, a podcast by Neda Nobari Foundation about changemakers from the Middle East diaspora living in the West.