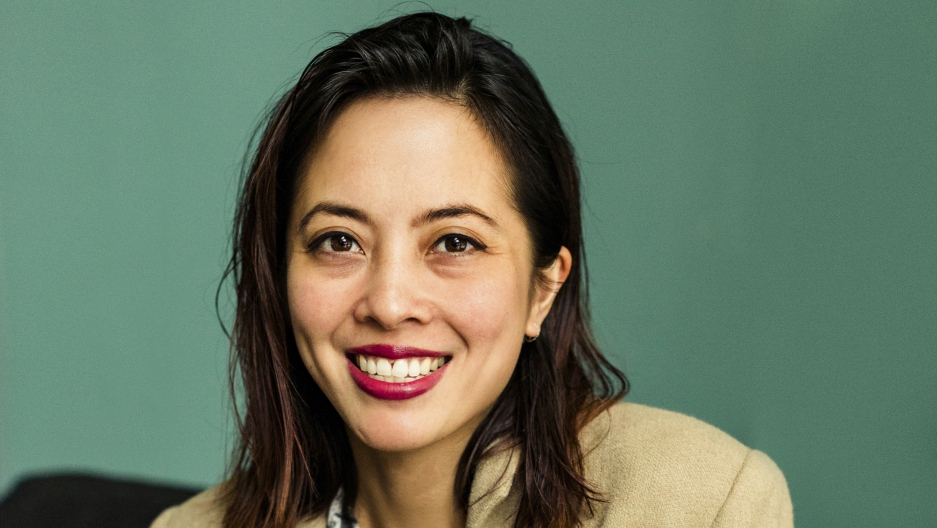 It was Friday. It was dinner time. James Beard-nominated chef Angela Dimayuga was in the kitchen of her restaurant, Mission Chinese in New York City.

Her phone buzzed with an alert. The Instagram message was from a writer who had admired the chef and businesswoman's "pioneering work in the culinary field," and wanted to write profile of Dimayuga for "a nonpolitical platform of empowerment for modern women."

"I couldn't really react because (we were) in the middle of a really busy service. But I just couldn't believe it,” Dimayuga says.

Dimayuga is a Filipina American chef at a Chinese-fusion restaurant. She took part in January's Women's March on Washington. She opposes much of President Donald Trump’s political platform, like the visa and travel ban for people from certain mostly Muslim countries, and efforts to defund Planned Parenthood. Ivanka Trump isn’t just the president's daughter, she's a key member of his administration with a formal position in the West Wing.

Dimayuga spent the weekend considering exactly what she wanted to do.

"As a queer person of color and daughter of immigrant parents, I'm not interested in being profiled as an aspirational figure for those that support a brand and president that slyly disparages female empowerment. Sharing my story with a brand and family that silences our same voices is futile."

But the viral response was focused on the rejection of Ivanka Trump, not on the deeper reasons why. "This click bait thing that happened," Dimayuga explains. "This tagline of a queer chef from Mission Chinese said this to Ivanka Trump."

The headlines didn't capture her story, she says — a story she thinks shows how much immigrants have enriched US culture and brightened its future.

Dimayuga captioned this photo with her parents and chef Anthony Bourdain "I love my mom and Dads."

Dimayuga's Filipino parents worked corporate jobs to send their six kids to private school. They always made time for food, and tied it closely to the idea of family.

That environment fostered Dimayuga's open mind about food. Her cuisine often borrows from different cultures and fuses food ideas together. She’s even come to terms with belonging to a category called "fusion,” because she's realized that’s what American food is at it's core.

"Through the years I've I've sort of thought about what genre we could place ourselves in like what can we call ourselves. ... What kind of food are we doing — it's moved from weird Chinese to right before we opened this restaurant I was like ‘you know, I'm OK with that being fusion because a lot of what we know about food now is coming from a really intellectually curious place."

Food is a central expression of identity for the chef, just as her note to to Ivanka Trump was. And she seems satisfied with her role in leading the way. "I think what I see is that people are looking for ambassadors and appointing them. And I feel like in a way I've been appointed," Dimayuga says.

The morning Dimayuga saw that her message was going viral, she noticed a new Instagram follower, Ivanka Trump.

Angela Dimayuga's instagram is full of artists and creative types. So is Ivanka Trump's.

"Who she follows on Instagram ... it’s a lot of people that I follow, people that I find interesting, people in fashion and design. People in the artist community," Dimayuga says, "which was odd to me.

It's disconcerting for her that she can disagree so strongly with what the Trump brand stands for, and have so much in common with Ivanka Trump.

You can listen to the full episode of this episode of the Otherhood podcast on iTunes here, or however you gobble up your favorite podcasts.