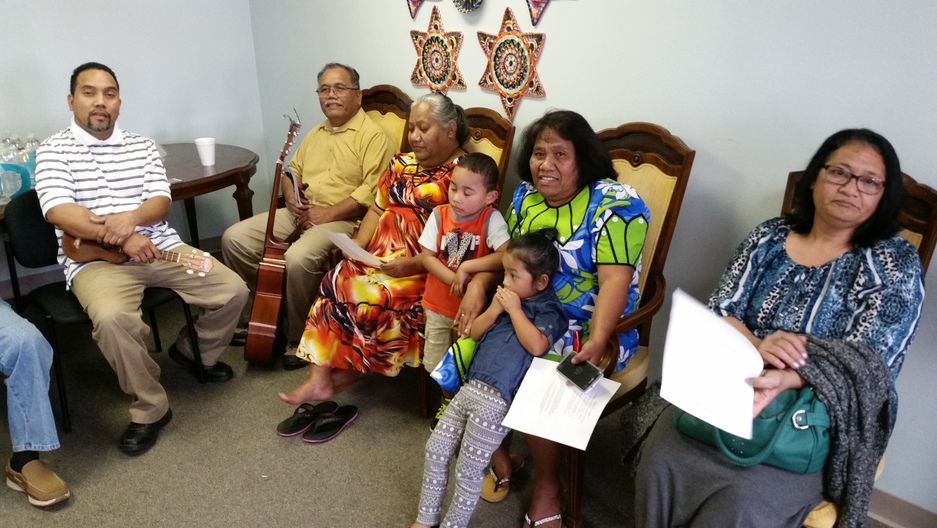 A group of Marshallese immigrants sang the Bikinian Anthem in Springdale, Arkansas.

Every year on May 1, a proud Pacific nation celebrates its independence. On this day in 1979, the Marshall Islands was finally granted self-government from the United States — a country with a long and sometimes troubling presence in the islands.

For most of the 20th century, colonial powers controlled the region, with little regard for the needs and rights of Marshallese people. During World War I, Japan occupied the islands as a strategic military outpost. The US seized control during World War II.

Everything changed in 1946, when the United States chose the Marshall Islands as a testing site for nuclear weapons. That year, American officials forced the residents of Bikini Atoll to leave their homes and resettle on islands that many had never seen.

Meanwhile, American scientists fanned out across Bikini Atoll, where they ultimately tested dozens of nuclear bombs. They wanted to predict the health effects of nuclear war and refine weapons in the US arsenal, which would soon include hydrogen bombs.

Unfortunately, local Marshallese and American military veterans, some of whom were brought to the Marshall Islands for subsequent cleanup efforts, suffered the consequences. Both groups continue to experience unusually high rates of cancer — and thanks to radiation, Bikini Atoll remains uninhabitable. The US paid reparations in an attempt to cover the damages.

After nuclear testing began, homesick islanders did their best to preserve stories and memories of their home atoll. In 1946, a Bikinian man named Lore Kessibuki wrote a song about his homeland. In Marshallese, it begins: "I jab ber emol, aet, I jab ber ainmon." “No longer can I stay — it's true. No longer can I live in peace and harmony.” Eventually, Kessibuki's song became the official anthem of Bikini Atoll.

Even far from the Marshall Islands, the song is cherished as a symbol of home. “We sing it at every Bikinian gathering,” says Faith Jibas, a Marshallese advocate who lives in Springdale, Arkansas. Her husband descends from residents of Bikini Atoll, and her mother came from an island that was affected by nuclear fallout.

“The song is about a deep sadness in leaving,” Jibas says. Her friends and family have pictures of the Bikini islands, which show white sandy beaches, a blue lagoon and coconut palms. “It's sad, because a lot of people have never seen Bikini,” she says. “It's just the paradise that people are wanting to escape to. And our people had to escape from it.”

Though the song never explicitly mentions nuclear weapons, its lyrics commemorate an island that was once home to fisherman and farmers, and that today lies abandoned:

No longer can I stay, it's true

No longer can I live in peace and harmony

No longer can I rest on my sleeping mat and pillow

Because of my island and the life I once knew there

The thought is overwhelming

Rendering me helpless and in great despair

My spirit leaves, drifting around and far away

Where it becomes caught in a current of immense power

And only then do I find tranquility

Jibas says that growing up, she didn't know much about the history of her ancestral land. "I was born and raised in America, but I never learned about my own history in the history books," she says. Some stories of nuclear testing were kept secret, thanks in part to the arms race between the US and the Soviet Union. "This is a huge piece of history that was classified for so long.”

The Marshall Islands remain connected to the United States, largely because of a 1986 treaty called the Compact of Free Association. There were few jobs available for Bikinians who were relocated to other parts of the islands, says Ajji Lewis, another Arkansas resident who was born on Bikini Atoll. "That's one of the reasons there are so many of them here in the United States," he explains through a translator.

Today, the country is beset not only by the legacy of nuclear testing, but also by rising seas that have damaged crops and eroded coastal land. For that reason, Marshallese communities like the one in Springdale continue to grow. As they do, the Bikini Anthem, and its sense of longing for home, gains new meaning.

"When I hear people sing the song, I cannot help the tears streaming down," Lewis says. "It brings back a lot of memories." 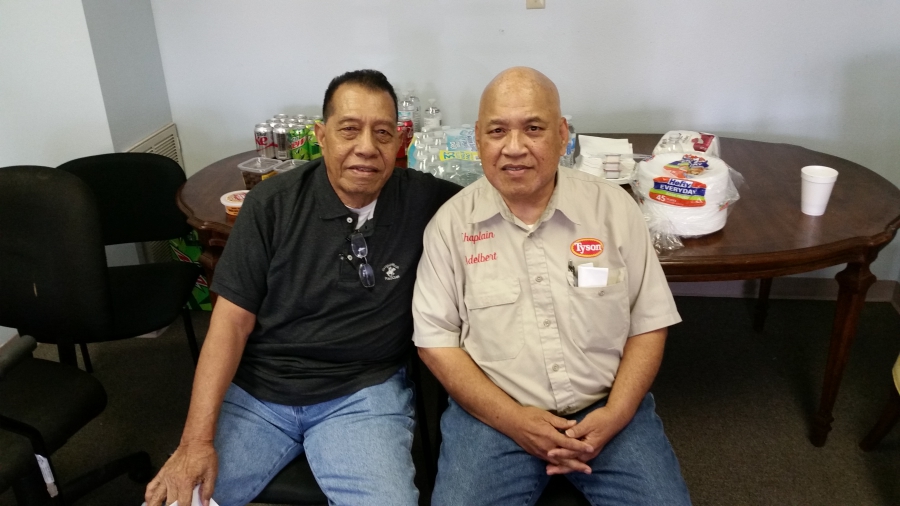 Ajji Lewis (left) was born on Bikini Atoll. Adelbert Laukon, another Marshallese immigrant who lives in Springdale, Arkansas, served as his interpreter.