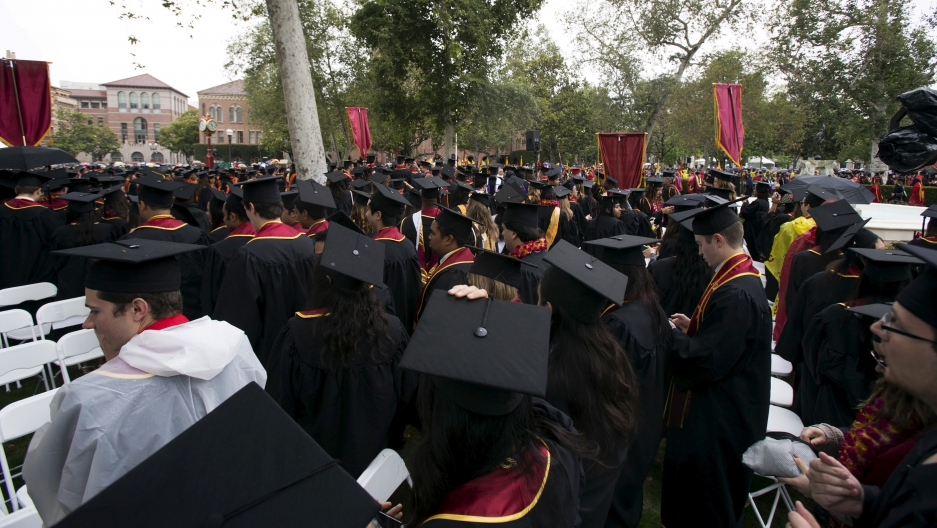 #99. @realdonaldtrump, Some 20% of this year’s college grads will be immigrants. What careers can they have in the US? #100Days100Qs

As graduation looms, nearly 2 million students nationwide will prepare for the working world after earning a bachelor’s degree. But for immigrants, who the Migration Policy Institute estimates are 20 percent of all US college students, graduation day may be met with a different type of post-grad anxiety. President Donald Trump’s proposed measures to reform immigration policy could pose a challenge for immigrant students hoping to start their professional lives in the US.

According to the Center for American Progress, 2,000 undocumented students graduate from academic institutions each year, and as many as 32,000 attend college in some way. Programs that allow many of these students to attend institutions of higher education, like Deferred Action for Childhood Arrivals (DACA), are threatened by proposed immigration reforms.

After first vowing to gut DACA, President Trump has since insisted his administration will “show great heart" and won’t target DACA recipients. But Congress has already looked to eliminate DACA without the president’s involvement after a draft executive order stalled. Additional efforts to restrict federal education funding, and the recent deportation of a protected DACA recipient are fueling concerns among undocumented students that obtaining a degree won’t protect them from deportation.

While increased detentions and ICE raids could send undocumented graduates into the shadows, a proposed elimination of the H-1B visa system could force more individuals on students visas to take their knowledge back home. The program allows American employers to hire highly skilled foreign workers. According to the Pew Research Center, 64 percent of approved applications are for STEM-related fields and more than half are from India.

H-1B visas are increasingly scarce, because number allotted each year is still capped at 85,000, making them increasingly difficult to get. Changes to the H-1B system could make that process even harder. Already in April, premium processing for all H-1B visa applications was halted, and weeks later, President Trump signed the executive order known as "Buy American and Hire American,” which includes a directive for federal agencies to propose reforms to the H-1B visa program. On the table is eliminating the H-1B altogether, posing a significant challenge for soon-to-be graduates hoping to stay and work in the country.

Opponents of limiting or eliminating the H-1B system argue that immigrants’ are essential contributors to American scholarship. While both a third of native-born Americans and foreign-born individuals living in the United States have a bachelor’s degree, immigrants are more likely to have a professional degree or doctorate. Also, on average, their children surpass the education levels of the children of native-born Americans.

How should immigration policy tackle highly skilled graduates? So far, the president’s rhetoric hints at a bumpy road ahead for undocumented people and H-1B visa hopefuls. Mr. President, what will happen next for the thousands of immigrant, soon-to-be college graduates hoping to enter the US job market? Click here to tweet this question to the president