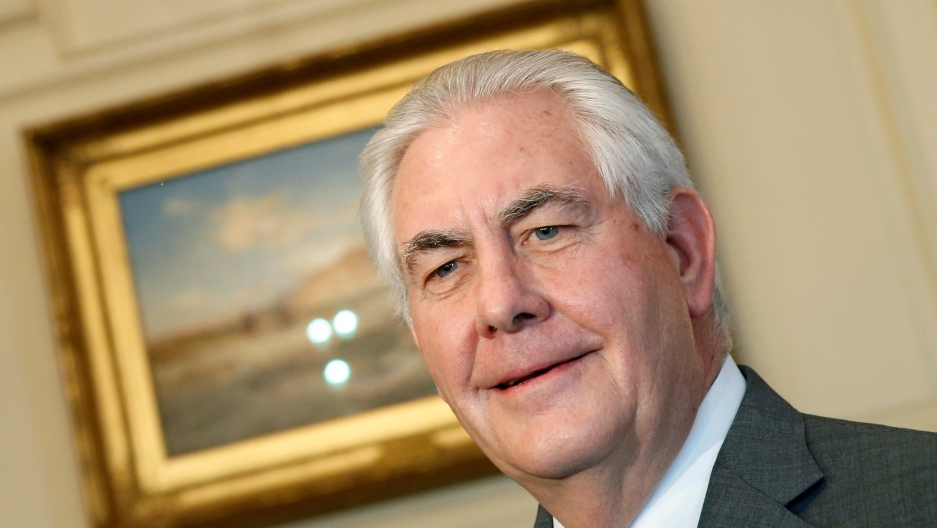 Secretary of State Rex Tillerson has advocated dramatic cuts to his department's budget, saying its current funding levels are "simply not sustainable."

President Donald Trump's plan to make dramatic cuts in foreign aid and abolish an independent US Agency for International Development has few fans on Capitol Hill and powerful detractors at the Pentagon.

Still, the proposal, or some version of it, could become a reality.

The details are readily available. A 15-page internal budget document obtained by Foreign Policy spells out just how aid to developing countries would drop and how USAID would merge with the State Department.

"There are going to be cuts," says Andrew Natsios, who was at the helm of USAID under President George W. Bush. "They could take a 10 percent cut in a $30 billion foreign aid program and it's not going to be catastrophic at all. But a 30 percent cut would be disastrous, and in fact the actual budget that came out had 60 and 70 percent cuts."

Natsios says insofar as there is a strategy behind the plan, the intent appears to be to protect career foreign service staffers at the expense of USAID professionals. That, he says, is "a mistake."

"They're planning on closing 30 of the USAID missions in the field, of the 80 missions that we have ... which is a huge number," he says. "[Secretary of State Rex Tillerson] does not know anything about AID from what I can tell, because the cuts that were made appear really erratic and don't make any sense for me strategically."

Natsios says the proposal was likely written by former congressional staffers who now work for the State Department under Tillerson.

Others in the development community are equally wary. That includes Gayle Smith, who ran USAID under President Barack Obama, and is now the new head of the anti-poverty ONE campaign.

"We have yet to see whether or not there's going to be either a deep understanding of development in the Trump administration or a champion for it," Smith says. "To do anything that would cause people around the world to think maybe America isn't there for us anymore is something that some people may think is cost effective in the short term, but I'm absolutely confident that if you did the cost-benefit analysis this is a very, very expensive proposal."

"The NGOs that I've talked to in the evangelical community and the Roman Catholic community are very upset by these cuts," he says. "That constituency helped elect President Trump and I'm hoping he will listen to them when they tell him that this is not what they voted for last November. ... Many of those people know very well that a great power like the US cannot destroy its foreign aid program and be effective in the world."