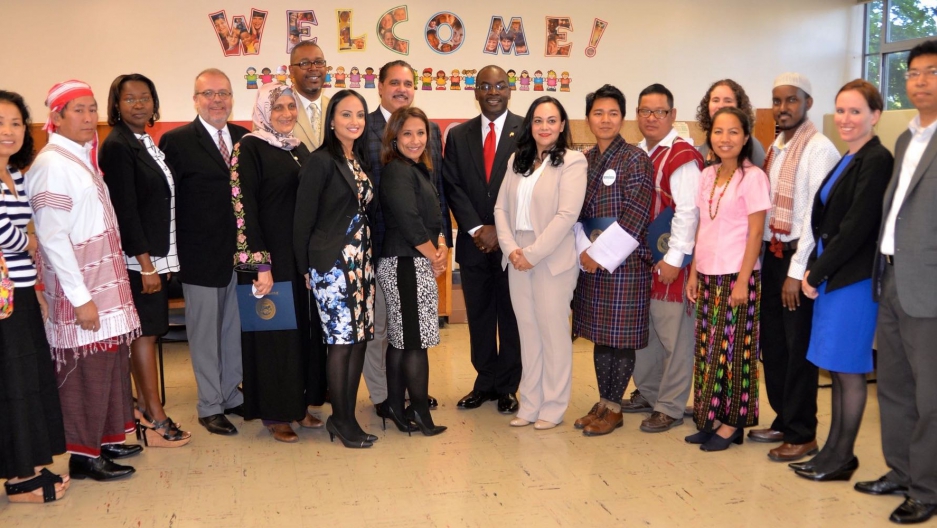 Byron W. Brown, the mayor of Buffalo, says his community is not a "sanctuary city," but a "refugee resettlement city."

According to a February 2016 report published by the New York community, “Between 2006 and 2013, the foreign-born population in Buffalo increased by 95 percent, and the most recent American Community Survey reports that the city is home to over 22,000 foreign-born residents.”

The influx of refugees and immigrants over the last decade reflects the city's pro-immigrant stance and has also made the Buffalo Public School System the most language diverse in the state. In fact, Buffalo is home to more language diversity than New York City — there are seven top languages in Buffalo schools, and more than 80 different languages in all.

About 18 percent of public school students in Buffalo are English language learners, and with various languages such as Arabic, Somali, Burmese and Swahili regularly spoken on its campuses, the school district has embraced multilingual education and employs special cultural resource specialists to help integrate students and their families.

Nadia Nashir, a second-generation Yemeni and the assistant superintendent of multilingual education for the Buffalo Public School District, says educators have an obligation to tackle diversity head on.

“We do not see [language diversity] as a challenge, we actually see it as an opportunity,” Nashir says. “When our parents enter to enroll their child, they see someone that looks and sounds like them, that understands their plight, they feel comfortable asking questions that they might not ask someone that doesn’t speak their home language or understand their cultural nuances or belief systems. We’ve been working really hard to create school environments — ethos, if you will — that tell the students, ‘We welcome you.’”

Educators and administrators in Buffalo rely on “cultural resource specialists” and “academic coaches” to help students to smoothly transition into the school community, in addition to a schoolwide program called “All About Me.”

“[With the program], students are encouraged [in] who they are, where they’re from, what languages are spoken and what dreams they have for the future,” Nashir says. “English language learners vary greatly in many ways, so we do not deliberately segregate our students. We recognize that some students might need more support in the beginning, but the goal is to integrate all of our students.”

The vast majority of the students in the Buffalo Public School System have been born and raised in the United States, Nashir says, adding that the district is also home to many second- and third-generation immigrants.

“We noticed that grades K-2, they’re very similar to their Buffalo-born peers, so ensuring that they have foundational literacy skills is easier,” she says. “But when you have a child that comes from a refugee camp, and their instruction has been interrupted, it makes it difficult for that [English as a New Language] teacher to transfer what they know in their home language to English.”

“Knowing a child’s experience informs how you lead,” Nashir adds.