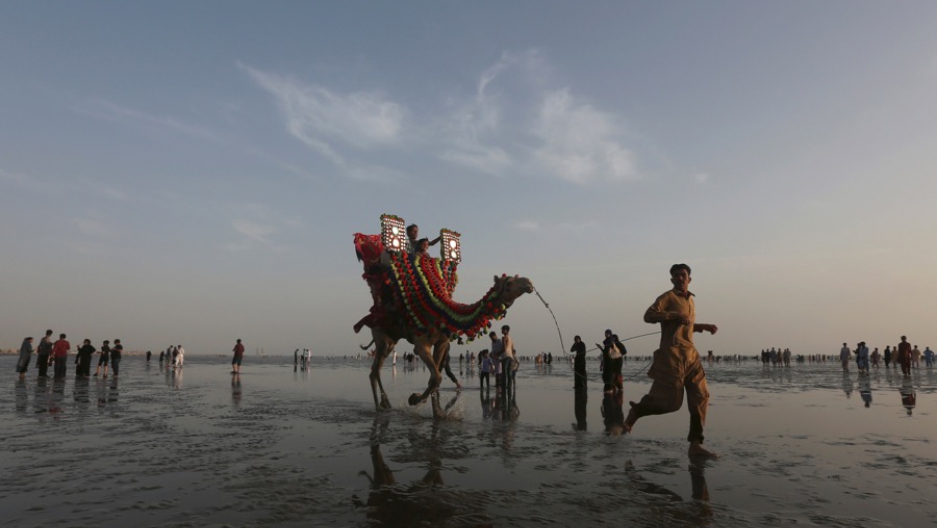 A man leads a camel with children taking a ride on it along the Clifton beach in Karachi, Pakistan, on March 12.

I recently visited Pakistan after 25 years. Given the long absence, it essentially felt like my first time there. Only faint, isolated images remained from earlier trips.

Despite this, Pakistan's presence has endured in my life not merely because my parents were born there. Conversations with and stories of family members who still reside there maintain the country's presence in my daily thoughts. And an ardent passion for Pakistani cricket, cultivated in my childhood, ensures a continual bond.

Yet, like many others, I knew of Pakistan mainly through news headlines and the words of hysterical experts. There was a clear consensus: Pakistan was the world’s most dangerous place.

Since 2003, more than 20,000 civilians have died due to terrorist violence in the country, according to an estimate by the South Asia Terrorism Portal based largely on media reports. Lives have been claimed in marketplaces, parks, schools, mosques and Sufi shrines. Risk is said to reside in all corners.

And so my decision to vacation in Pakistan was invariably met with concern or puzzlement. 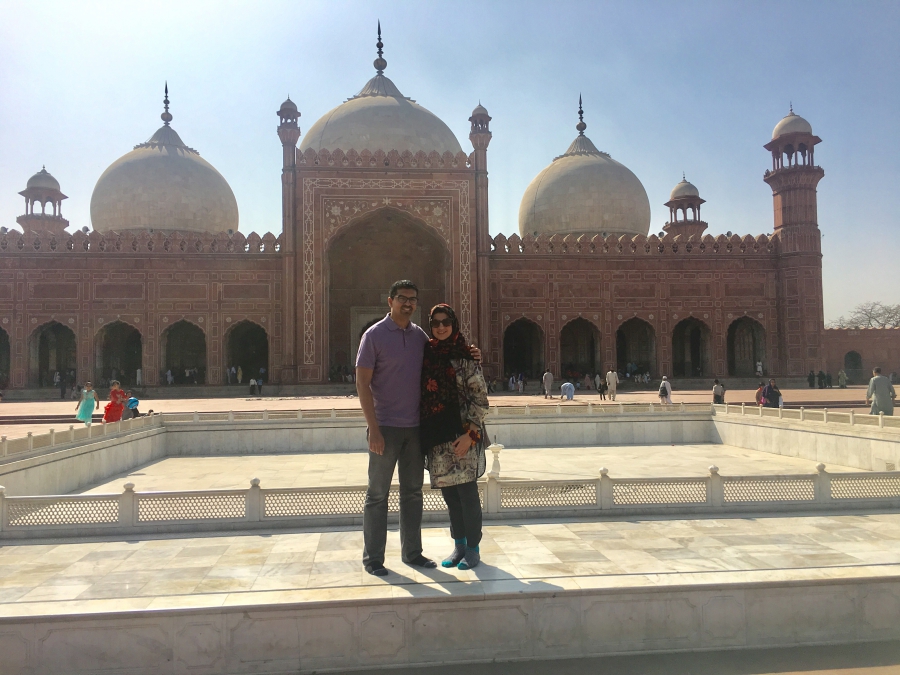 Jalal Baig and his wife oustide the Badshahi Mosque in Lahore, Pakistan. It was built during the Mughal era and is one of the city's most iconic landmarks.

Though slightly wary, I arrived without expectations or assumptions. I wanted to allow Pakistan and its people to reveal themselves to me without the distortions of sensationalism.

An open mind paid dividends. The reality on the ground in Pakistan differed from the persisting narrative of gloom and despair. 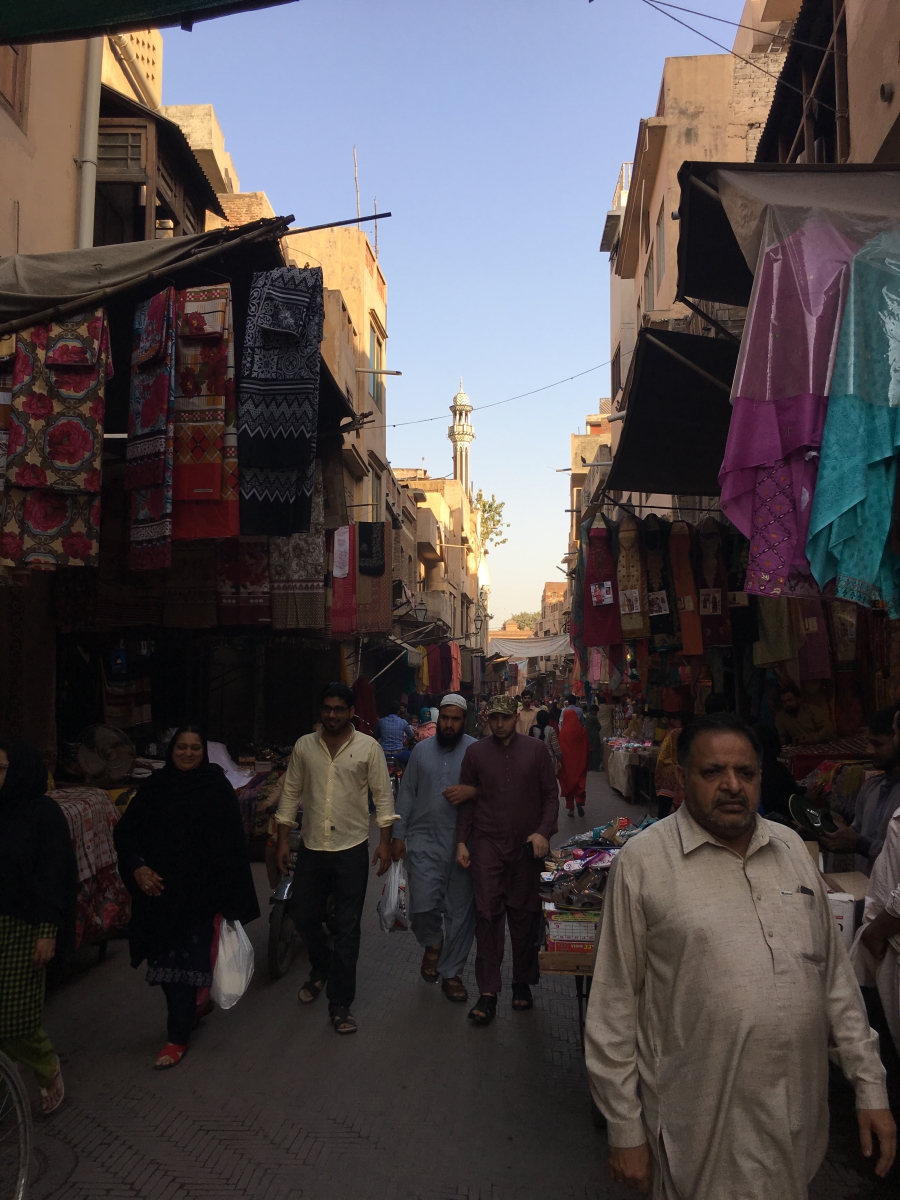 The bustle inside Delhi Gate, one of the nine gates traditionally used for entry into the old, walled city of Lahore.

Life was flourishing in Lahore, Islamabad and the smaller villages of Punjab that I visited. Fear had not paralyzed the nation's people.

Rickshaws and motorcycles abound in the streets. The Muslim call of adhan summons droves to Friday prayer. Shops and food stands are bustling. Cricket is played with abandon. And teenage girls are seen trying to capture the perfect, most flattering selfie.

To better understand this courage and defiance of Pakistan’s people, I spoke to Afzal. He left a small village in Punjab years ago to become a driver in the city of Lahore. He forms the country's working class, which labors daily in spite of bombs.

There was a spark and energy in his words as he talked of Pakistan’s resilience. The inspiration is Islam.

He noted that the religion has been exploited and perverted in madrasahs for political reasons. But in his eyes, this same faith allowed countless more to live life with courage.

It is a wonder then that a religion said to preach violence instead empowers millions to face life and endure, despite the constant threats. 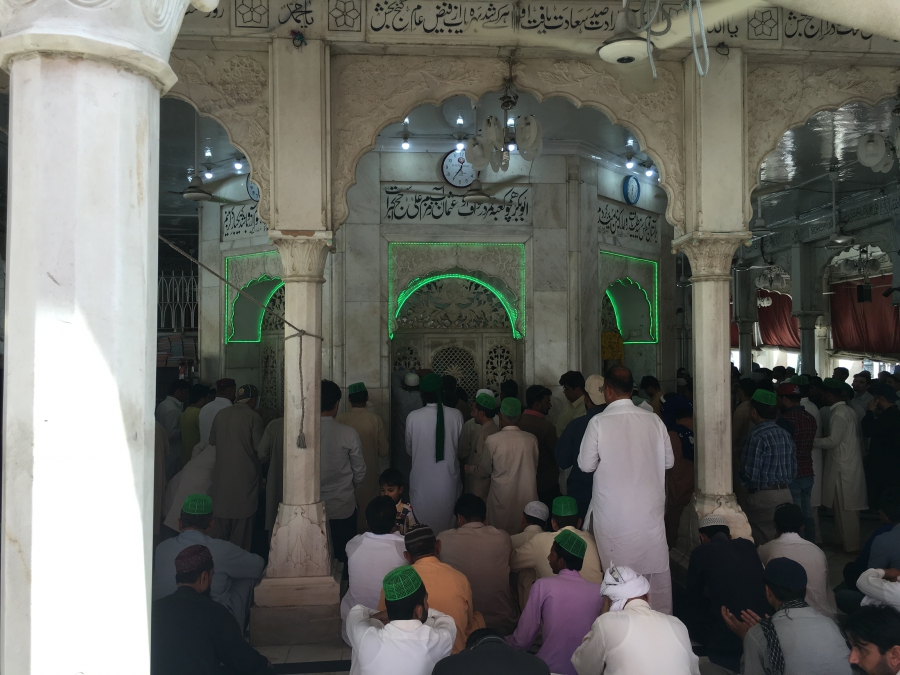 Congregants at Lahore's Data Darbar, one of the most revered Sufi shrines in the world.

Islam thus challenges the scourge of terrorism daily on the streets of Pakistan by promoting life.

Foreign “others” aren't blamed here. Nor is there a call for bans or walls. Fear hasn't consumed life or humanity. This is Pakistan’s lesson for the world.

Contributing writer Jalal Baig, a physician from Chicago, recently visited his parents' homeland of Pakistan for the first time since he was 5.