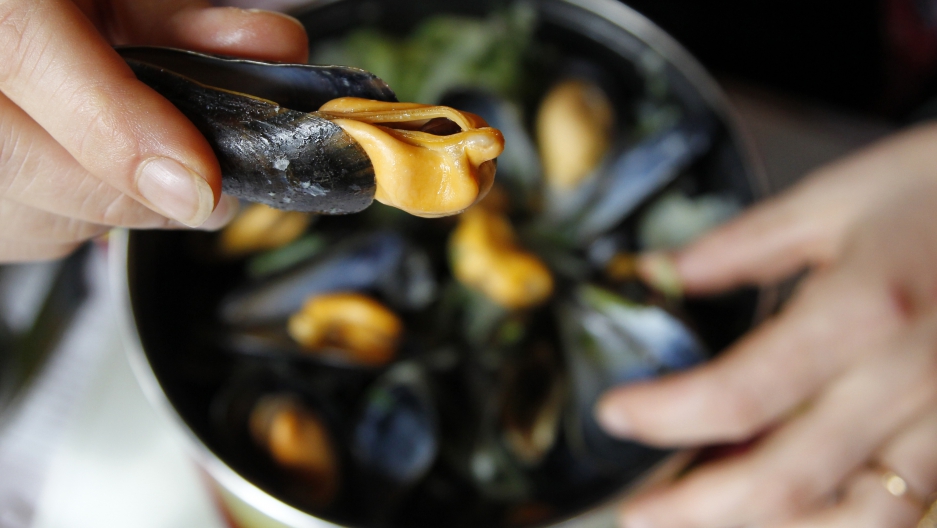 Mussels, like most of the world's organisms, experience climate change much differently than humans do.

But it's actually experienced on a much smaller scale, by individual plants, animals and people.

And most of the world’s organisms experience it much differently than humans do.

“As humans, we have this really biased view of the world. Well over 95 percent of the organisms on Earth, they’re completely dependent on the ambient environment for their temperature,” says Northeastern University marine biologist Brian Helmuth. 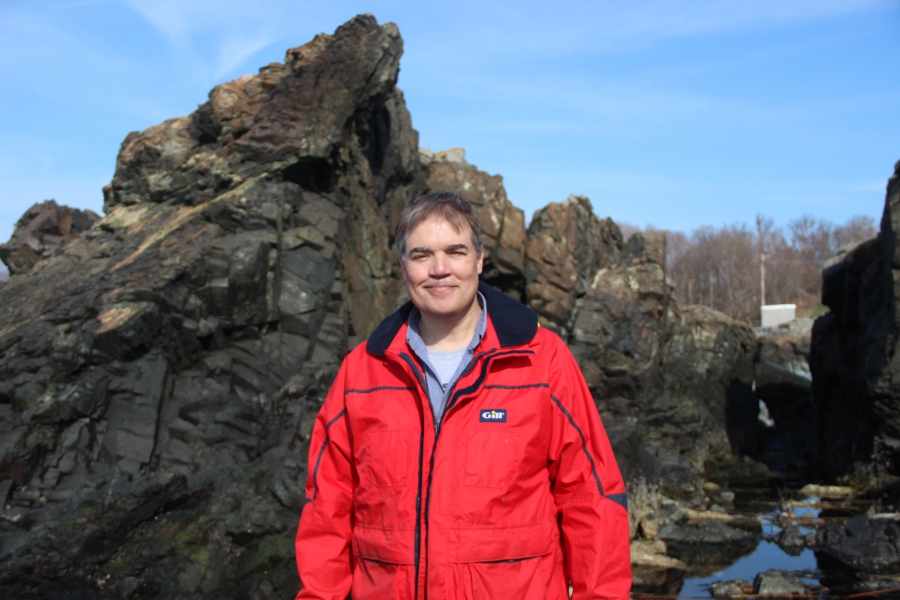 Many of those organisms are stuck in one place for most of their lives and depend on ocean currents for food and oxygen.

Helmuth has built his career on trying to better understand how mussels experience temperature and other environmental changes, and he argues it’s essential to look beyond our own human perspective when thinking about climate change. If we don’t, he says, we’ll miss big parts of how our changing world will impact our food sources and surroundings.

“Unless we have a pretty good handle on how those nonhuman organisms are experiencing climate change, we’re not going to have any sense of how further climate change is likely to affect us,” Helmuth says.

Think about a mussel that's stuck to a rock in a tidal area for most of its life. It can’t move to find shade when it’s hot out. It can’t control its own body temperature.

When the tide is low and the sun is out, its dark shell absorbs heat just like asphalt on a summer afternoon.

Mussels can literally start to cook on the rocks if they get too hot.

They also have to wait for water currents to bring them plankton to eat and oxygen to breathe.

“The closest thing I can think of to describe what that’s like, is, if you reached down into your chest cavity, you rip out your lungs, and you hold them above your head,” Helmuth says, “and you hope to God that the wind blows because if it doesn’t you’re going to suffocate.”

Stationary creatures evolve to withstand a wide range of climatic conditions, but in some cases, global warming is bringing them closer and closer to their limits.

And it’s not only temperature that’s changing: Water currents in the Atlantic Ocean are changing, too. The ocean is getting more acidic, so it’s harder for mollusks to form the shells that protect them from predators.

All these stressors add up to a harder life for mussels in some parts of the world, including the United States' East Coast. Wild blue mussel populations have sharply declined in places like the Gulf of Maine in recent decades.

Why do we care?

Seafood is a major protein source, especially for the global poor. Farmed mussels are a $3 billion worldwide industry. Mussels, clams and oysters caught in the US alone were worth more than $400 million in 2015.

If we want the mussel industry and others to thrive, Helmuth argues we need to look at climate change from the right perspective.

Here’s an example: In the 1990s, Helmuth invented a gadget called a “robomussel,” which uses sensors to measure the temperature inside synthetic mussel shells designed to closely replicate the real thing. 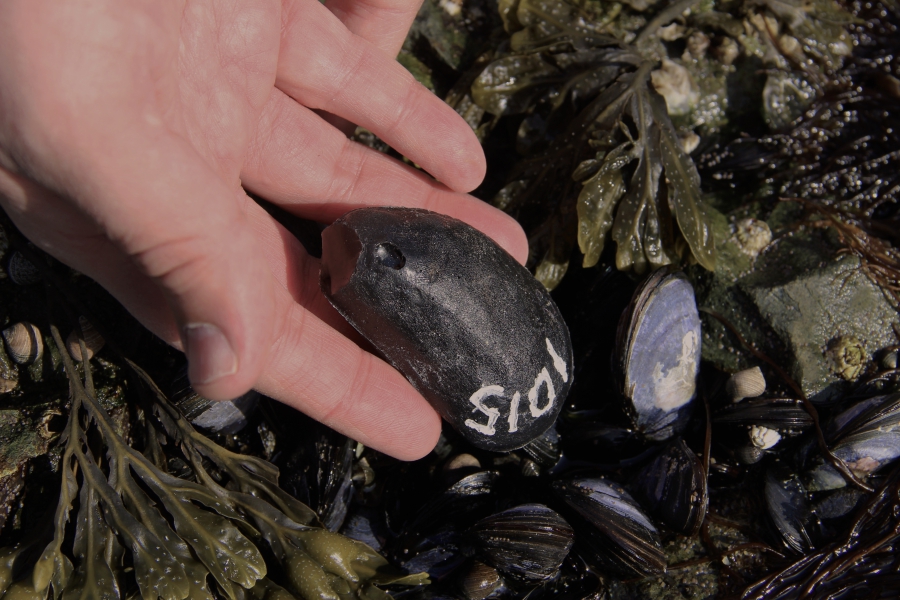 Brian Helmuth's "robomussels" have been deployed around the world to measure the real temperatures experienced by mussels inside their shells.

Up until then, Helmuth says, scientists generally used to gauge mussel temperature by measuring surrounding air temperature. That is, after all, how we humans experience heat.

Helmuth worked with collaborators to plant these robomussels in mussel beds all around the world. And he made an important finding: Temperatures can grow much hotter inside mussel shells than outside of them, especially if the mussels are out of the water at low tide during the hottest part of the day.

“We can see animal temperatures of 100 degrees or more, even though the air temperature may be as low as 70 [or] 75,” Helmuth says.

That means some cooler regions that may previously have been seen as hospitable to mussels in a warmer future might, in fact, grow too hot for them.

“For example, we see places in central Oregon where they’ll really bake, even though it’s pretty far north because all the low tides are happening in the middle of the day,” Helmuth says.

In other places, like in Santa Barbara, California, summertime low tides tend to come in the middle of the night, so mussels there aren’t too stressed.

Helmuth and his colleagues have used robomussel readings and other data to predict where mussels will thrive, and where they’ll likely die, in the future.

His methods are being used by scientists developing marine conservation plans on the US West Coast, and by collaborators working with the aquaculture industry in Italy.

Helmuth hopes that by shifting our perspective, we’ll be able to keep mussels in our waters, and on our menus, well into the future.