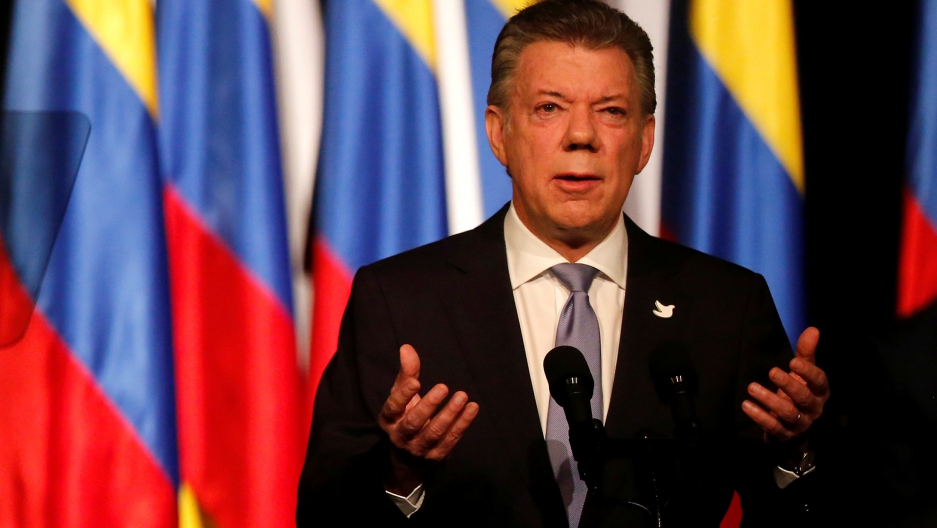 #89. @realDonaldTrump, what is your position on the Colombian peace process? #100Days100Qs

The Colombian peace process has had many twists and turns, but it finally seems to be coming to a conclusion. Or is it?

McClatchy's Washington Bureau reported Thursday that President Donald Trump held a secret meeting at his Mar-A-Lago resort with two former presidents of Colombia — both of whom oppose the peace process being led by current Colombian President Juan Manuel Santos. Santos is coming to the White House next month to press Trump for his support.

The Obama administration pledged $450 million in aid to Colombia to help implement the peace agreement's promises, but Trump has raised questions about what he will do with the foreign aid budget — especially with massive cuts proposed for the State Department and its program.

Trump's meeting was reportedly brokered by Sen. Marco Rubio, a one-time rival who is an avowed opponent of the peace agreement as well. In the tumult that surrounded the revelation of the meeting, which was described as quick hello by the White House but a “cordial and very frank conversation” by the Colombians, the Trump administration has refused to take a public position on the peace agreement.

Given the stakes, this seems like an important issue. So, we're asking the president what his position is on the Colombian peace process, and if he'll maintain the $450 million his predecessor pledged to help implement the deal. If you'd like to know, click here to tweet this question to the president.