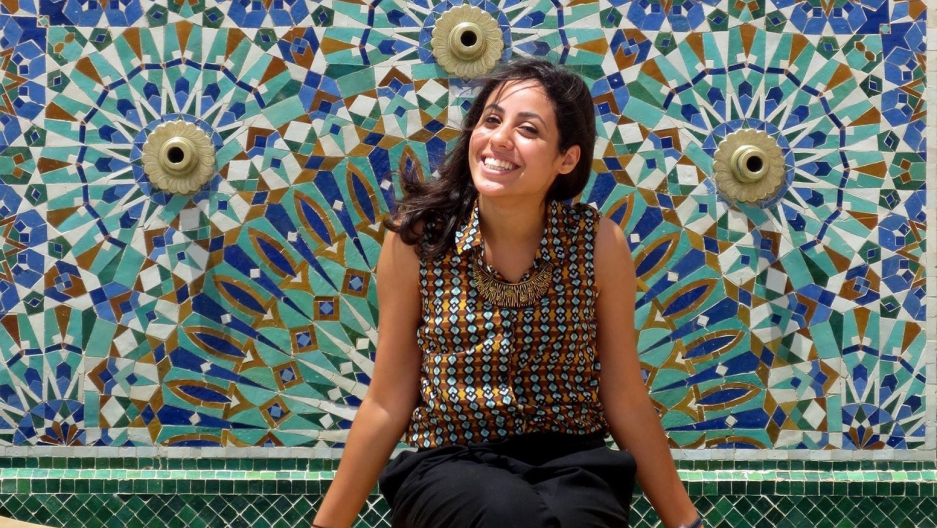 Sarah Zouak is one of the co-founders of Lallab, a new webzine featuring the voices of Muslim women in France.

Last summer, the passage of burkini bans by several French beach towns made international news. In France, they dominated the headlines for months, fed by a polemical presidential campaign in which Islam has been a major topic. But noticeably absent from the French media is the perspective of the women who might wear a burkini.

A new media outlet launched last year aims to address what they say is an overall lack of Muslim women’s voices in public life, even on issues that affect them. The articles in their online magazine, Lallab, are written exclusively by Muslim women for a Muslim and non-Muslim audience.

One of the co-founders, Sarah Zouak, tells this story to explain why she saw a need for Lallab.

As a university student, Zouak shared the planned topic for her thesis with her adviser, a prominent French feminist. When Zouak told her she wanted to write about Muslim feminists, her adviser responded dismissively.

"She said, ‘but that’s nonsense, Sarah. You need to choose. Either you’re a feminist or you’re a Muslim,’” Zouak recalls.

Born in France to parents who emigrated from Morocco, Zouak often felt torn between her various identities growing up in avowedly secular France.

“For a lot of feminists, religion is a problem for the emancipation of women,” she says, “especially Islam, which is seen as a sexist, misogynist religion.”

As a successful student in elite French institutions, Zouak felt she was consistently viewed as an exception to popular cultural stereotypes of Muslim women as submissive and underachieving.

The name Lallab is a combination of the Arabic words for "woman" and “laboratory.” Zouak sees it as an experiment, to try to change preconceptions about Muslim women within both the political left and right.

Related: Jacques Fesch killed a cop in the 1950s. Here's why the French Catholic Church wants to make him a saint.

French society has long debated another piece of clothing Muslim women wear: the headscarf, or hijab. Zouak, by the way, doesn’t wear one. Many Muslim women in France don’t.

But, so far, one of the most popular articles on Lallab is by a French woman who does wear a hijab. She described her personal struggle with whether to remain in France or move abroad.

“This summer, I went for a walk on the beach and I just took a book and sat there with my regular clothes and I had so many negative comments from people and insults,” says the author, who writes under the pen name Emnus. She asked to be identified by just her first name, Emna, to protect her identity.

A target of online abuse, she says she also encounters hostility in public places because she wears a headscarf. The French Council against Islamophobia reported in 2015 that the vast majority of anti-Muslim attacks in France were directed against women, particularly those who were veiled.

Emna hesitated a long time before deciding to start wearing a headscarf in her early 20s, because of anticipated personal and professional consequences. It’s not uncommon in France to be asked to remove a headscarf as a condition for employment, and many Muslim women struggle to find work. Europe's high court recently ruled in favor of private companies in a lawsuit on the issue.

“It was very difficult with my parents too. They were telling me like, 'Emna, you studied,'” she says. “'You're going to have master’s degrees and you want to spoil everything and just be content to stay at home? Is that really what you want?'”

In recent months, since returning from a year in the United States, Emna says she’s felt more frustrated by France’s political climate, the personal comments from strangers and online polemics. This is part of why she leapt at the opportunity to write for Lallab.

“In France, we talk constantly about Muslims, and especially Muslim women, but you never get to hear them or to hear us,” Emna said.

France’s media culture plays a part in this. It leans heavily on analysts and “experts” and, at this point, there are only a small number of Muslim women in the country’s political and intellectual elite.

In January, another Lallab organizer, Attika Trabelsi, participated in a primetime debate on French television with a Socialist presidential candidate, former Prime Minister Manuel Valls. This was not long after controversial remarks Valls made on the campaign trail: He said the symbol of France was the figure of Marianne with a bare breast — not a veiled woman.

“I’d like to think of myself as someone able to make choices freely for myself,” Trabelsi said, who covers her hair. “A bare head or covered head, it’s exactly the same thing.”

Valls disagreed. He said this was not “his conception of freedom.”

By the next day, Lallab’s inbox and social media were flooded with comments, according to Zouak.

“We got a lot a lot of support but also lots and lots of attacks, particularly on Twitter and Facebook, lots of hate mail that said a covered woman like that in France on TV is not okay,” she recalls. “But we say if there’s no criticism that means we’re not doing our job well. If you want to change the world, it’s normal to have critics.”