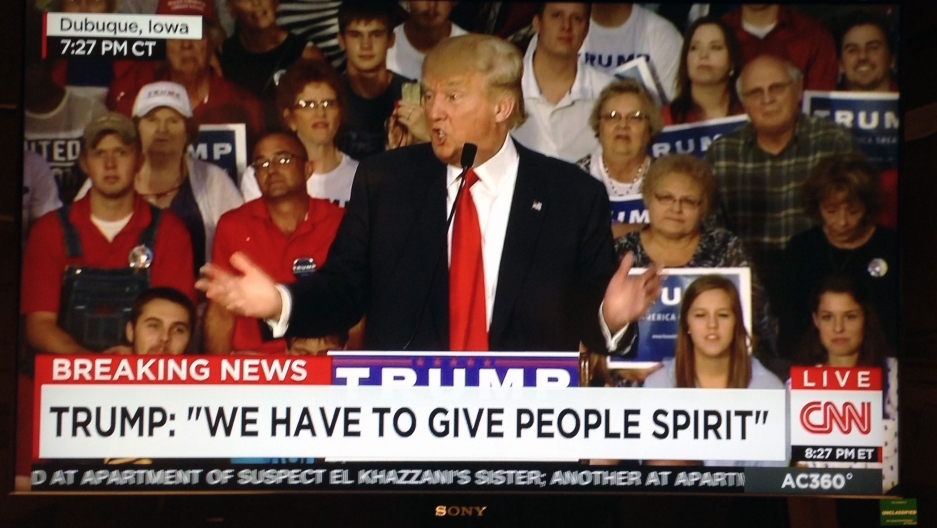 Donald Trump is everywhere. He’s in your social media feed, he’s a regular feature in your family conversations, and, of course, he’s on TV. It can seem like he’s always on TV. And it’s not just news, although the news loves covering Trump. His influence is felt in scripted shows and late-night talk shows. Michael Schneider, executive editor of IndieWire and the host of KCRW’s "The Spin-off," tells us why he thinks Trump has dramatically changed television.

According to Schneider, the easiest place to see this is in comedy, where a bunch of new (or revamped) shows have debuted and found their footing over the last couple of years: "Full Frontal with Samantha Bee," "The Late Show with Stephen Colbert" and "The Daily Show with Trevor Noah," to name a few.

“But like any new [shows], they struggled in the beginning, trying to figure out their voice,” Schneider says. “Fast forward to the past couple of months, and the inauguration of Donald Trump, these hosts are on fire.”

Before the election, Jimmy Fallon — who hews to pleasant, noncontroversial skits and celebrity games — was leading the ratings. Now, says Schneider, “Colbert came in with this biting commentary, and he’s kind of the host people are looking, for now, to deal with things. So we’ve seen a ratings change.”

To be fair, we’re no longer living in an age in which Johnny Carson could command massive audiences every weeknight. Schneider says that television viewership has fragmented. So, Colbert can focus in on viewers unenthused with the Trump presidency. He doesn’t have to appeal to everyone.

But Trump isn’t just changing late night; he’s changing the relationship between the presidency and television. Presidents have been on TV before; think Richard Nixon guest-starring on "Laugh-In," Bill Clinton playing saxophone on "The Arsenio Hall Show" and Barack Obama slow-jamming the news. However, Schneider points out that these have all been campaign-style appearances, efforts to humanize a president or candidate. Trump is different.

It may not be too surprising that Trump has changed television. After all, he was a reality TV star before he became president. And it’s been argued that the success of "The Apprentice" set him up for a successful presidential bid. Schneider points out that “this is a man who was created by television.” So it makes sense that a television president would change TV.

This story originally aired on the Innovation Hub.