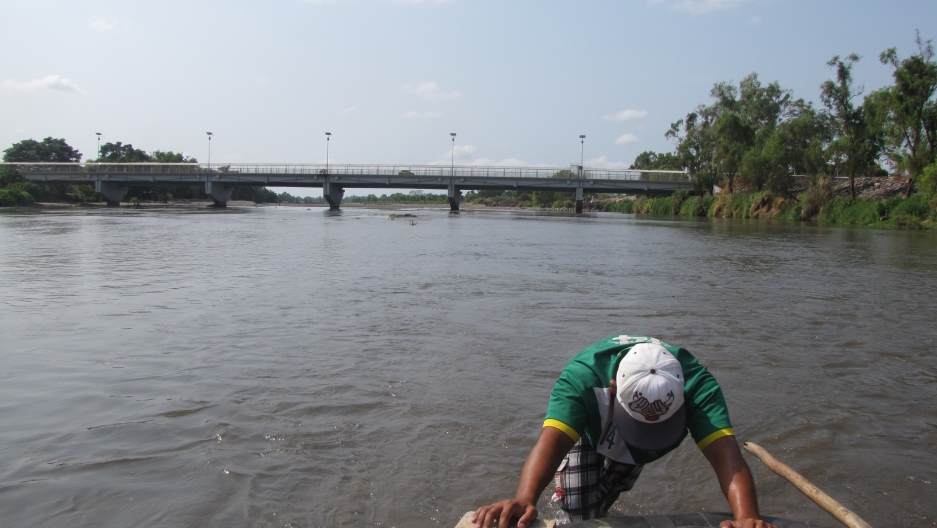 Luis Fernando Pérez operates a raft along the Guatemala-Mexico border, a popular crossing point for migrants. He says that since Donald Trump took office, he has seen a dramatic drop in people passing through, although it is still too early to link the new president to lower numbers.

On a bright Sunday morning, the Suchiate River bustles with makeshift rafts loaded with people. It’s a popular place to cross from Guatemala to Mexico. And crossing is easy. There’s no wall, and no border patrol in sight.

It's known as Paso del Coyote, or “Coyote Pass.”

Luis Fernando Pérez operates a raft here, and for years he’s brought across passengers — and migrants, many from Central America.

But lately he’s seen a change.

He says since Donald Trump took office, he’s seen a dramatic drop in people passing through. They fear getting caught at the US border, he says.

It’s still too early to attribute the lower numbers of illegal US border crossings to Trump and his tougher immigration and border policies, as the Washington Office on Latin America, a nongovernmental research center, has noted. It may well be part of a temporary decline that could be reversed.

What we do know is that in recent years, most people crossing from Mexico into the United States have not been Mexicans. They’re largely Central Americans, Haitians, and others. And since Trump’s inauguration, some are changing their plans en route to the US border: they are now deciding to stay in Mexico.

Ramón Verdugo runs a migrant shelter not far from the river, in the southern Mexican city of Tapachula, and he says there was a lot of anxiety in the shelter when Trump won. People felt rushed to get to the US before he was sworn in.

Now, because of what Verdugo calls “the closing of the US border,” some migrants are resigning themselves to staying in Mexico, and applying for asylum here.

You can see what Verdugo’s talking about throughout Tapachula.

Patricia Portillo is staying at a hotel here with her three daughters. She plans to seek asylum here because, she says, “they’re not giving asylum in the US.” She heard that that’s Trump’s policy, and while that’s not entirely true — the US still grants asylum to some Central Americans — it is tough, and likely to get tougher. It’s enough to convince the mom to stay put in Mexico, far from the threats she faces in El Salvador.

It’s like an invisible wall has been erected within Mexico, with people — from Central Americans to Haitians and Cubans — having left their homes, but now feeling unwilling to head to the US.

Jean Duperval Aristide is among the Haitians here who migrated to Brazil until work dried up there, at which point he headed north. But as word spread that the US might not welcome him, Aristide reconsidered his plans. 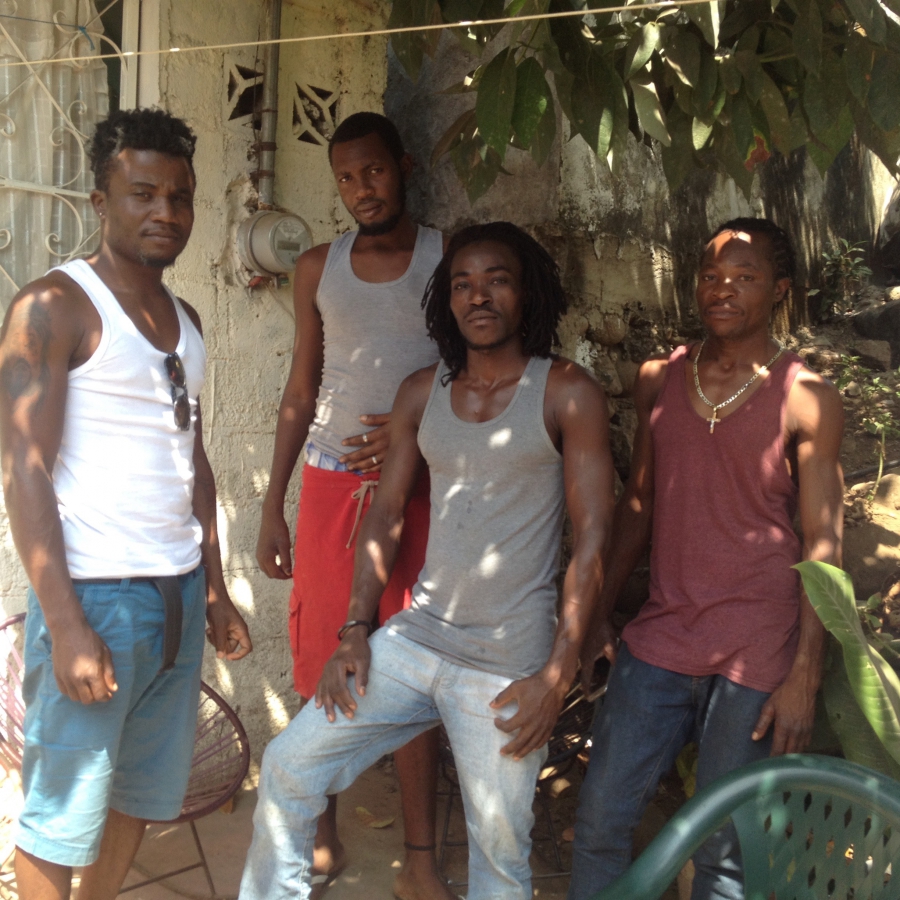 From left to right: Wilkens Velcine, Jean Jeffson, Jean Chrismond Derilus, and Jean Duperval Aristide. Derilus, Jeffson, and Aristide, all from Haiti, decided to stay in Tapachula, Mexico, instead of continuing on to the US. They say that changing US immigration policies deterred them, including the Obama administration's decision to end a policy that granted them asylum. Aristide and Derilus now plan to open a furniture workshop in Tapachula, and Jeffson wants to use his skills as a mechanic.

He says he’s no longer planning to go to the US. He doesn’t want to put himself through that humiliation. Instead, he wants to get Mexican papers and live here. He says former President Barack Obama's administration, known for record deportations, made him question going to the US. But Trump clinched his decision to stay in Mexico.

Meanwhile, some migrants here are looking for a way to get through Mexico and the US.

After One of Aristide's friends, Jean Jeffson, asks a perhaps unexpected question: He wants to know if there’s a way for migrants to get directly from here to Canada.