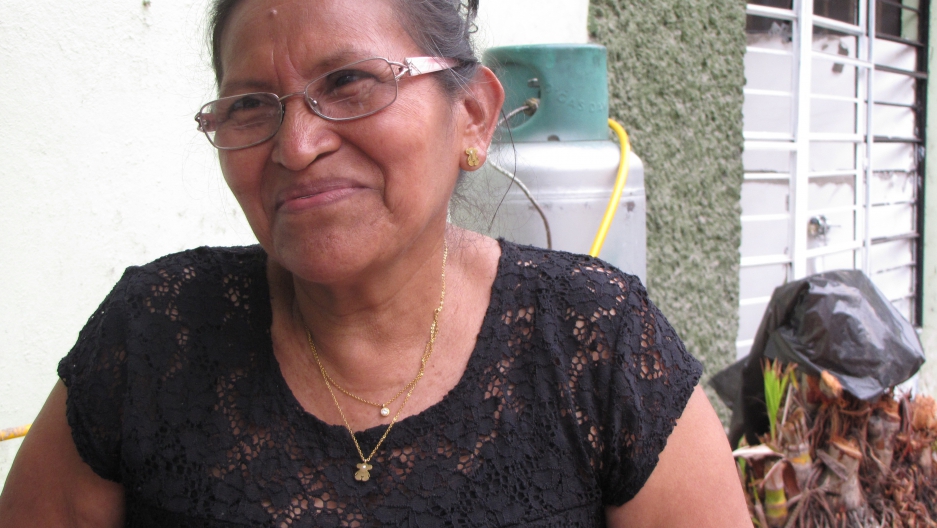 Concepción González Ramírez, also known as "Mama Africa," runs a small hotel in Tapachula, a small city in Mexico, in the southern state of Chiapas, just across the border from Guatemala.

For migrants, whether moving through Europe or Latin America, certain spots become known along the way for welcoming people.

I visit one such place in the Mexican city of Tapachula, near the border with Guatemala. It’s a bare-bones hotel near downtown. The manager is a petite, 59-year-old Mexican woman with coral pink glasses and gold-colored teddy bear earrings. Her name is Concepción González Ramírez, and she was born and raised here in Tapachula, but many now know her as Mama Africa. She’s called that because the hotel — actually she herself — has become a destination for Africans, as well as Haitians, passing through.

The hotel isn’t that charming. For $2.50 a night, guests stay in basic rooms with peeling, bare walls and metal-frame beds. In the lobby, there’s a parrot in a cage. There’s no sign for the hotel, but African and Haitian migrants by the hundreds have found their way here.

Sometimes, Ramírez says, people arrive in packed minibuses at the top of the road, “and start yelling out, ‘Mama Africa! Where’s Mama Africa?!’"

There’s a lull now, but earlier this year Ramirez had 200 guests at a time. There are only 24 rooms, so some people slept on cardboard outside. She doesn’t want to turn anyone away.

She also helps out by taking sick guests to the hospital, buying medicine they can’t afford, and rubbing balm on travel-weary feet.

Tychique Sebastiao, from Angola, arrived recently. I ask him if Mama Africa is a fitting nickname for Ramírez. 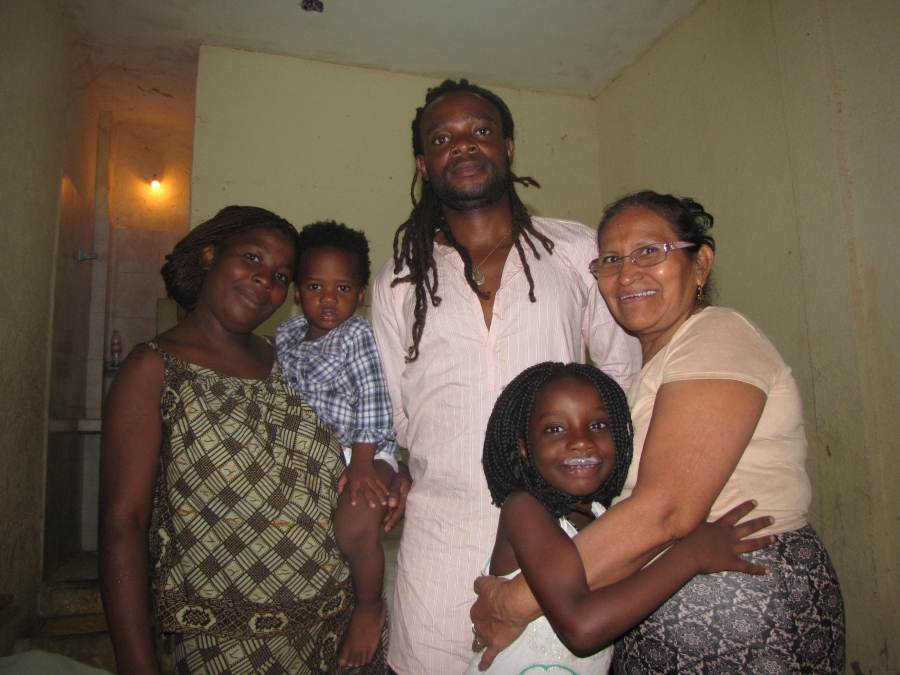 The Sebastiao family (with their girl, Merrui, sporting a with the yogurt mustache) stand with Concepción González Ramírez, also known as Mama Africa. The Sebastiaos came from Angola via Brazil, and they hope to reach Boston.

“Yes, yes,” he says, with a laugh. “I feel she is really like that, because African women are very nice women. Very loving. She has a mother’s gregariousness. ... We’re really comfortable here.”

Sebastiao is traveling with his sister and her three children, hoping to get to Boston to reunite with her husband.

They’d been living in Brazil already, but for some Africans a popular route to the US is to first fly to South America and then head north.

They heard about Mama Africa from fellow travelers. “Mama Africa is a name that’s known all along the route,” says Felix Michelet, a guest here from Haiti.

He says Haitians and Africans often travel together, and Africans farther ahead on the route had sent back word about Ramírez via Whatsapp.

Like many Haitians, Michelet lived in Brazil, working construction ahead of the Olympics and the World Cup. After Brazil’s economy weakened, he began making his way to the US. He’s been at Mama Africa’s for months, selling SIM cards to make enough money for the bus to Tijuana.

I ask if he’ll stay in touch with Ramirez.

“Mama Africa is our mom, we’re never going to let her go,” he says with a laugh. “We’ll always be in touch.”

Ramírez says former guests often text her, saying hello or reporting progress on their trip. She says her work is motivated by her Christian faith. She doesn’t know much about Africa, but she has learned from guests how to make Ghanaian-style chicken.

Ramírez might be famous around here, but she’s not the only beacon for migrants in Tapachula. Across town, a dirt road dead-ends at Jesús Valenzuela’s house. This winter, Valenzuela and his family made space in their small home for guests. He’s a local cop, and he saw African migrants were being overcharged for bus tickets. He started helping them get a fair deal, and offered up his home for a buck a night.

Now, up to 25 people, mostly Haitian, are staying here. Some sleep on quilts on the floor, but there’s electricity, laundry, and an outdoor cooking area.

Valenzuela says he knows what his guests go through.

“I was in the United States,” he says. “I’ve experienced what they’re experiencing. I went through the desert, and we suffered. There are places where people help, and places where they don’t, so that’s why I want to support and help them.”

After three years in the US, Valenzuela was deported following a workplace raid.

Most migrants coming through Tapachula are Central American, and some locals open their doors to them too.

José Antonio Cordova Meléndez tells me he fled extortionists in Honduras with his wife and three children — and no plan. In Tapachula, he asked around about housing, and a stranger — a single mom — took them in. Months have gone by and the family is still in her house, trying to figure out their next move.

Back at Mama Africa’s, the rooms are full again. In the halls, travelers quietly study their cell phones. A minibus came by today and unloaded 20 new guests, mostly from Somalia.

Ramírez seems happy with the fuller house, but she’s also nostalgic for those who’ve gone. Like a proud grandmother, she scrolls through her digital photo album.. There’s a picture of her daughter with her hair cornrowed by a guest, some shots of grandchildren, and many more of travelers, young and old. She laughs sadly through her brief introductions.