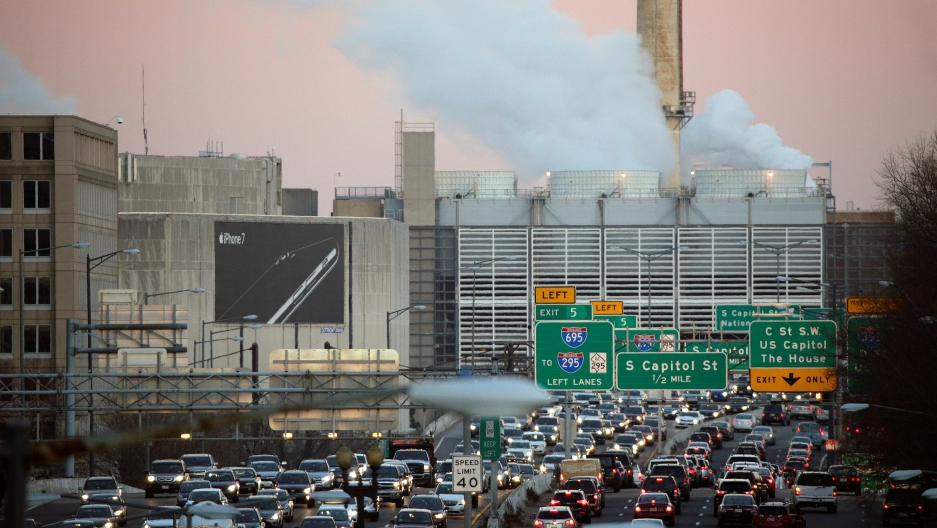 Washington, DC, at rush hour. Self-driving cars could make congestion worse, depending on how we use them.

Of all the questions swirling around the rise of self-driving cars, from how safe they’ll be to how we regulate them, one essential question is often overlooked.

What will self-driving cars mean for the environment?

Backers of the technology argue that autonomous vehicles will drive more efficiently than humans do — no more slamming on breaks or gunning it at yellow lights — so they’ll save gas and reduce pollution.

But early research reveals a wide range of emissions possibilities for driverless cars.

A 2016 report found that automated vehicles could reduce fuel consumption by as much as 90 percent, or increase it by 200 percent.

“We are on a path to refine those numbers, as are other researchers, because it was quite a startling future,” says Ann Schlenker at Argonne National Laboratory in Illinois, one of the Department of Energy-affiliated labs that authored the report.

In a big garage downstairs from Schlenker’s office, about half a dozen cars are hooked up to testing equipment. Argonne researchers have found that features already offered in some cars, like adaptive cruise control and automated shifting into electric mode, do save gas.

“All of those early automation features do indeed improve the environmental signature,” Schlenker says. 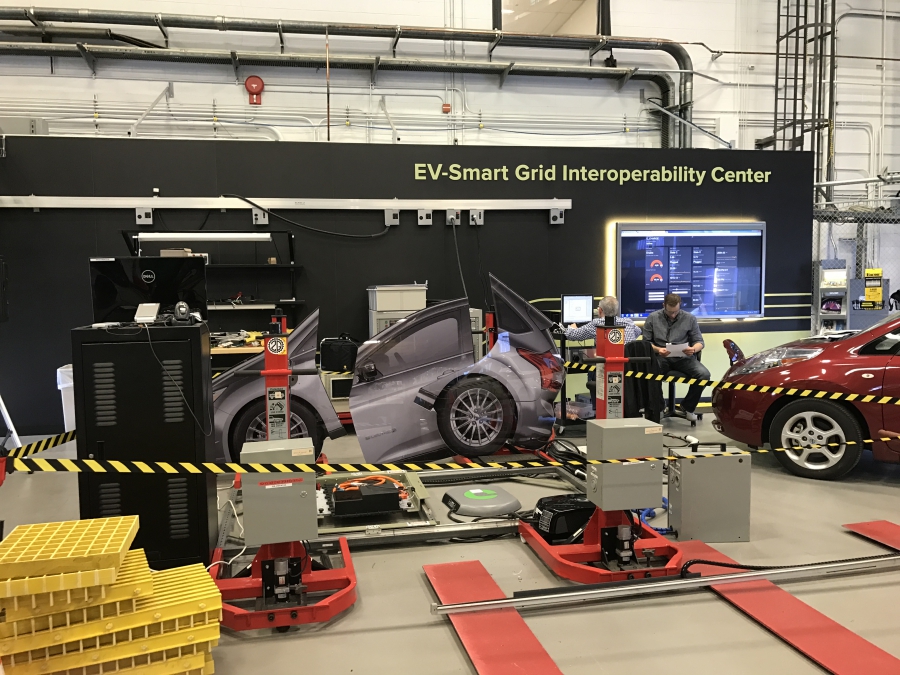 Researchers at the Argonne National Laboratory in Illinois are testing elements of car automation to determine what impact they will have on fuel use and emissions.

Argonne research has also found that truck "platooning" could improve fuel economy between 8 and 15 percent.  Platooning, or driving in tight formation to reduce drag, may be possible with the improved safety features of automated vehicles.

Other features on fully automated cars could reduce fuel consumption even more.

This is the good news. But there’s bad news too.

Even if each individual trip becomes more efficient with automation, we may make a lot more trips overall.

With a car as a chauffeur, Schlenker points out that people who don’t currently use cars will be able to: like elderly people who can’t drive anymore, and kids.

Commutes might become longer as driverless cars change where we live.

“Rather than a 30-minute commute, now you’re willing to entertain a 60-minute commute to get cheaper housing because [you] can be productive while the car takes [you] into the office,” Schlenker says.

Yet another factor: without human error, the risk of car crashes is predicted to plummet. That’s a main selling point for automated vehicles, and it’s a great thing for safety, but it might also have a downside. With the risk of crashes greatly reduced, we may have our cars drive us faster and use a lot more gas.

“Some of these future scenarios are very scary,” says Jason Rugolo, a program director at ARPA-E, the Energy Department agency that invests in advanced energy technologies.

“For example, we could invest in autonomous vehicles that are much lighter weight, they could have much better drag coefficients so they look much more like a fish instead of a block moving through the air,” Rugolo says.

Heavy safety features like safety cages and big front-ends with crumple zones could be ditched if autonomous vehicles do, in fact, live up to their reputation as super safe.

A key part of the futurist narrative of self-driving cars is that they could increase car-sharing and decrease car ownership.

After a car drops you off at work, for example, it could drive other people around all day before picking you up again. If that happens, cars could be better tailored to specific uses.

Sleek, one-person pods could transport commuters to work, and larger multi-seat cars would be used only for weekend trips with the whole family.

“All of these developments could dramatically reduce the amount of energy we use, even if we’re driving very fast and very far,” Rugolo says.

But these futuristic car designs are just ideas for now, and companies like Uber are currently turning regular cars into self-driving prototypes.

A Massachusetts-based startup called nuTonomy is testing its cars, electric Renaults fitted with sensors, cameras and computer equipment, on the streets of Boston. And it’s giving test rides overseas. 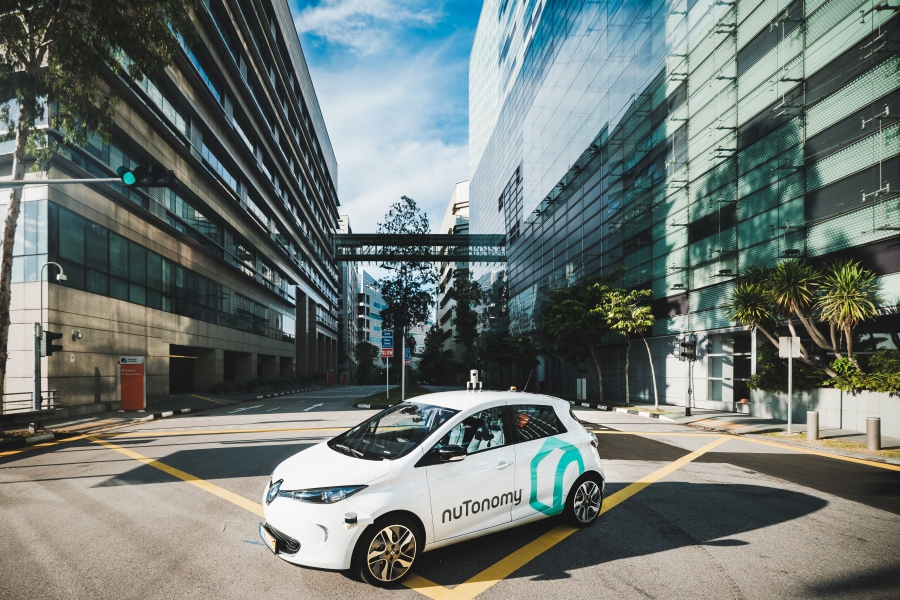 nuTonomy is pilot testing its cars in Singapore.

“We partnered with a company called Grab, which is kind of the Uber of Singapore,” says CEO Karl Iagnemma. “So a customer could hail one of our cars, and if we happen to be on the road at that time, we would pick them up and they could take a ride in a self-driving car.”

Iagnemma is dedicated to using electric cars to decrease his fleet’s carbon footprint, but beyond that, he's not quite sure what his business model might mean for pollution.

“One thing that may happen is if you reduce the cost of transportation, people may take more trips because it’s cheaper, but it’s hard to predict,” Iagnemma says.

Government planners have a role to play

Singapore, where nuTonomy is testing its technology, is a tiny, crowded country that doesn’t want more cars clogging its streets — driverless or otherwise.

The city-state is encouraging nuTonomy’s self-driving car innovation, and is itself investing in self-driving buses, for a rather counterintuitive reason. Leaders there hope the introduction of driverless cars will actually help Singaporeans drive less.

The Ministry of Transport included self-driving vehicles in its transportation master plan.

“Our plan is that by 2030, 8 in 10 people will be able to walk to the train station,” says Lee Chuan Teck, Singapore’s deputy secretary of transportation.

For the two in 10 who can’t, Lee wants tiny self-driving cars to fill the gap.

“Self-driving pods to bring people from their doorstep to the train station, I think will help encourage more people to take public transport,” Lee says.

And Singapore's planners hope that by saving on salary costs with autonomous buses, they’ll be able to expand their bus networks to serve new parts of the city.

This future full of self-driving pods and autonomous busses is years away.

But experts say if we don’t start planning for it now, driverless cars could land us right where we started: stuck in traffic, surrounded by bad air.