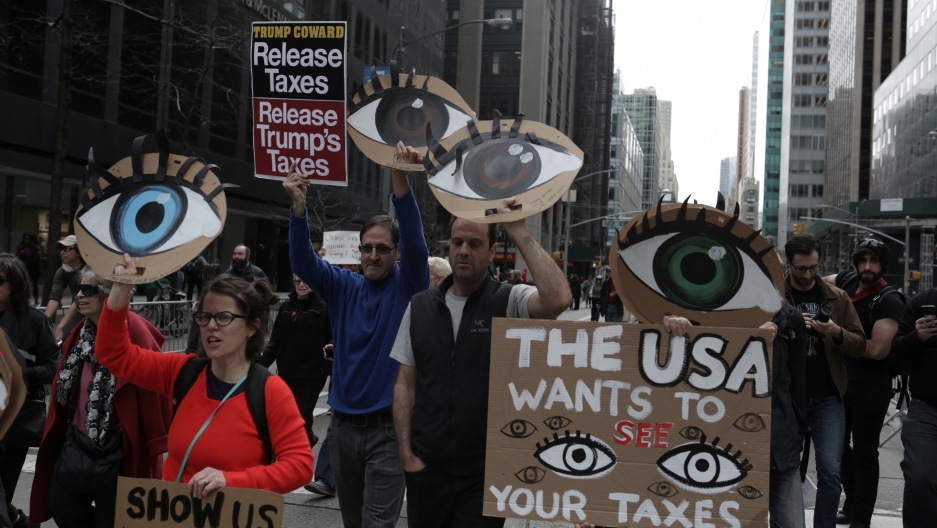 #85. @realDonaldTrump, this year's taxes are due tomorrow. When will you share them with the public? #100Days100Qs

When you think of April 15 in the US, usually you think of tax day. Of course, with weekends tax day often isn't the 15th — so much as it is April 16 or even April 17.

And this year, because of a somewhat obscure Washington, DC, holiday, Emancipation Day, taxes this year will actually be due on April 18. And that includes taxes for President Donald Trump, too, of course — though he could certainly seek an extension.

Trump, of course, made waves as a candidate when he was the first candidate in decades to refuse to release his tax returns — ever. A new ABC/Washington Post poll found that as many as 75 percent of Americans want Trump to release his taxes for public inspection.

Perhaps feeling the pressure, over the weekend, Trump seemed to say that winning the election aboslved him of the need to release his tax returns:

I did what was an almost an impossible thing to do for a Republican-easily won the Electoral College! Now Tax Returns are brought up again?

So, with tax day right around the corner and with a new poll indicating this issue is still top-of mind for Americans, we're asking President Trump when he plans to release this year's tax returns to the public. Surely he's not being audited for this year, yet.