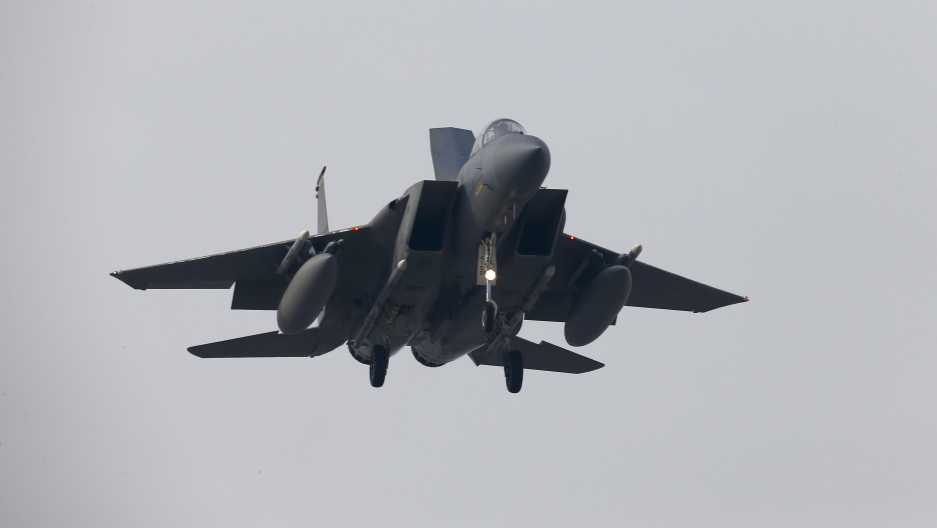 A US Air Force F15-E fighter jet takes off from Incirlik airbase in the southern city of Adana, Turkey, Dec. 10, 2015.

#83. @realDonaldTrump, will you remove US nuclear weapons from Turkey? #100Days100Qs

Turkey has a big vote coming up on Sunday. Americans probably aren't hearing much about it. But they should be.

The vote is on a constitutional referendum that would turn Turkey's parliamentary system into an executive presidency. A "yes" vote will expand the power of Turkish President Recep Tayyip Erdogan and could extend his rule to 2029. Supporters say it's necessary for security and economic growth. Opponents say it's a power grab by an authoritarian leader hell-bent on establishing a dictatorship.

Both sides say the future of the country is at stake.

Is this news to you? If it is, don't blame yourself.

Most US news outlets are busy covering the so-called "mother of all bombs" that US forces dropped on ISIS militants in Afghanistan on Thursday. The GBU-43/B Massive Ordnance Air Blast, or MOAB, was the largest nonnuclear bomb ever used by the US in combat.

Fox host: Dropping MOAB is "what freedom looks like, that's the red, white, and blue."
Geraldo: It's one of my favorite things to watch. pic.twitter.com/E5X2lmTnSE

The United States keeps a stockpile of 50 Cold War-era B61 nuclear bombs at an air base in Incirlik. They are not considered strategically important. But they are a potential security risk, nuclear security experts say.

That became clear last July, during a failed military coup attempt against Erdogan's government. According to the government, those coup plotters were operating out of ... you guessed it: Incirlik.

Keeping a nuclear arsenal at the same air base where military coup plotters are launching their coup against their government is a scary situation. Add to that risk the proximity of the Syrian civil war, the ongoing conflict between Turkey and Kurdish separatists and a wave of terrorist attacks in recent years, and you've got to wonder why the US is taking the risk of housing 50 nuclear weapons in the country.

"There is no other country in Europe where the US stores nuclear weapons where a military coup just happened and you have something that looks almost like a civil war with violent explosions and killings, and in addition to that you are less than 100 miles from the border of a completely war-torn country, Syria," Hans Kristensen, the director of the Nuclear Information Project at the Federation of American Scientists, said after the coup.

Since then, there's been reason to question whether Erdogan is the kind of partner you'd want babysitting your nuclear weapons. After the coup attempt, his government arrested or fired more than 100,000 people, including judges and civil servants; and cracked down on the free press; and arrested and imprisoned so many journalists that Turkey is now the world's leading jailer of them. His critics say he's become increasingly authoritarian and that a "yes" vote could effectively establish an Erdogan dictatorship.

Related: Turkish women's rights are at stake in Sunday's elections

Sunday's referendum and reaction to its results by the government and the Turkish people could change the country dramatically. If the coup was a moment to question the value of keeping a nuclear stockpile at a Turkish air base, the referendum is another moment to ask the question.

So, Mr. President, are you considering removing US nuclear weapons from Turkey?