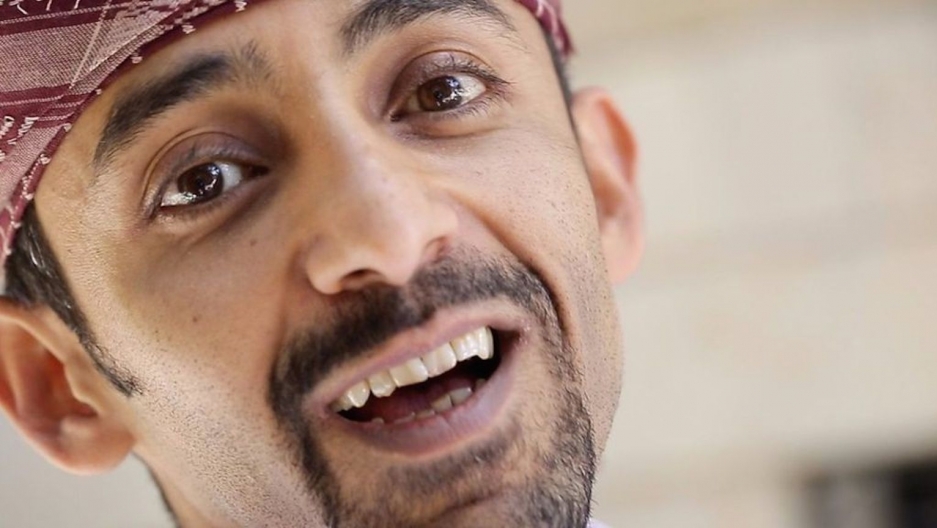 Hisham al-Omeisy, a Yemeni political analyst and former political prisoner, was taken from his home in the Yemeni capital by secret police in 2017. He was released in January 2018 after five months in a security prison run by Yemen's Houthi rebels.

What country has mud-brick skyscrapers, the world's best flatbread and could also be the birthplace of coffee? It's the same place that is enduring a brutal civil war that's killed more than 10,000 people.

A London-based BBC journalist has been trying to focus the world's attention on the deadly conflict in her home country.

"No matter how many times we go on TV and radio and write about it online, people don't know — or care — about what's going on in Yemen," says Mai Noman, Yemeni journalist and the creator of "Guess my country," a perky 2-minute video for BBC Stories. It has been popping up in hundreds of thousands of Facebook feeds worldwide.

Noman spent the month of February reporting from the embattled nation. While in the rebel-controlled capital, Sanaa, she called on a Yemeni friend to help her make the film.

Hisham al-Omeisy, a political and information analyst with more than 21,000 Twitter followers, agreed to be the on-camera narrator. Noman's idea was to have Omeisy contrast some of the unique cultural riches of Yemen with the violence and hardship of its civil war, and to do it so entertainingly that Facebook users could not resist sharing it.

"I thought if we can't engage people with the devasting effect this war has had on 27 million people, then why don't we show Yemen in a different light," says Noman. "There are so many amazing things about this place, things that Yemenis are all so proud of."

Noman created the clues for "Guess my country." Omeisy delivers them while walking past thousand-year-old mud-brick apartment towers, sampling regional dishes, and drawing a ritual Yemeni dagger known as a jambiya.

As comfortable as Omeisy looks on screen, this role is new for him. "I usually go on the news to talk about the impact of the war, the humanitarian crises, the death counts," says Omeisy. But this project highlights traditional Yemeni life, he says, "to show people what Yemen is really about — not just the war — to see what we are losing to the current conflict."

In between the sobering images of fighting and near-famine, he brings a spirit of fun. The video is light on statistics. It does not examine the tribal and economic forces that divide Yemenis. It does not identify the armies, militias, air forces or extremist groups who are doing the killing. There has been plenty of reporting on that, and it has made precious little impact on the conduct of the war.

In recent weeks the fighting has intensified on Yemen's Red Sea coast and along its border with Saudi Arabia. The US military is considering taking a more active role in the conflict. Some members of Congress are demanding a halt to US weapons deliveries that help fuel the war. Yemeni civilians are exhausted by more than two years of civil conflict that shows no sign of ending.

"I thought to myself if we don't try something different, we're never going to get through to people and audiences who don't know much about this," says Noman. "We have a responsibility to inform people about this, because the scale of this war is just huge, and if there's any way we can get the message out, then we will."