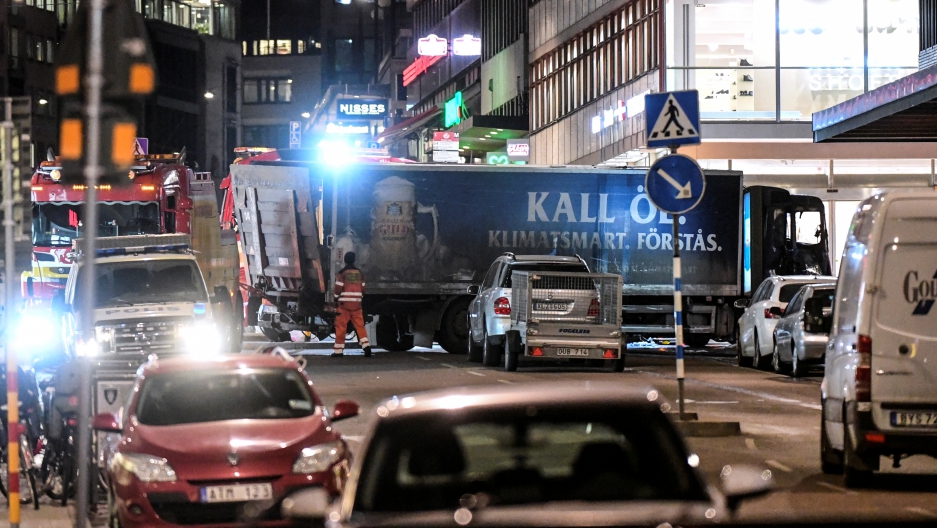 Tow trucks move the beer truck that crashed into the department store Ahlens after plowing down the Drottninggatan Street in central Stockholm, Sweden, April 7, 2017.

Last year a driver mowed down a crowd that was gathered to celebrate Bastille Day in Nice, France. He killed at least 84 people and injured scores more.

Last December, another attack involved a truck — this time in Berlin, the German capital. The attacker drove into a Christmas market, leaving 12 people dead and 56 injured.

Fast forward to last Friday, when Stockholm, Sweden was the target. An Uzbek asylum-seeker reportedly rammed a truck into a crowd of people. Four died as a result and at least 15 people were injured.

In the aftermath of these attacks in Europe, a pattern has emerged. ISIS sympathizers are using heavy vehicles — mainly trucks — to carry out their attacks.

And there is a reason behind this. The ISIS propagandists have been touting trucks as a “just” method to kill “infidels.” 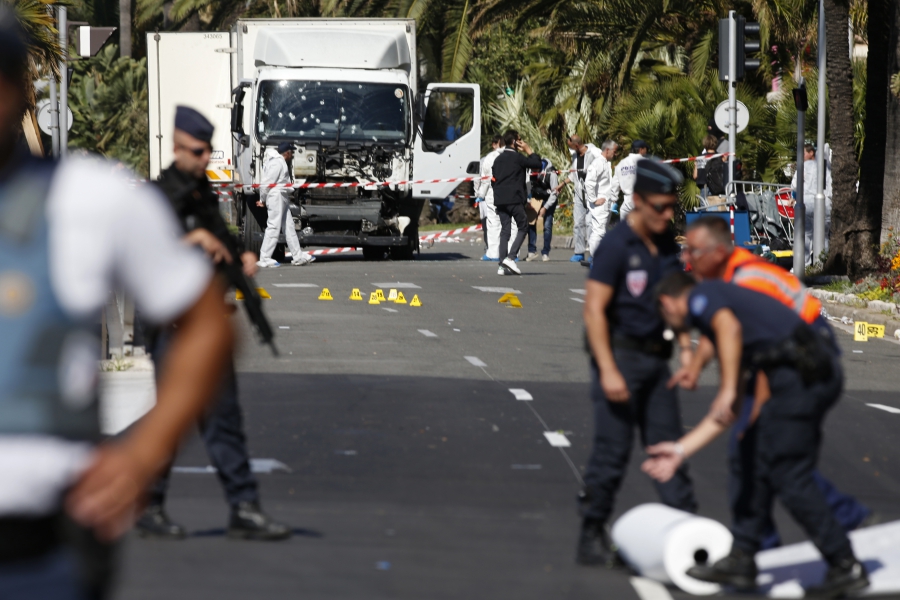 French police secure the area as the investigation continues at the scene near the heavy truck that ran into a crowd at high speed killing scores who were celebrating the Bastille Day July 14 national holiday on the Promenade des Anglais in Nice, France, July 15, 2016.

Louisa Tarras-Wahlberg, who has researched ISIS propaganda, says the message has been laid out in the group’s online magazine called Rumiyah (Rome).

“The truck is a weapon that is easily available and that is effective in the killing of many people,” she says.

In fact, the November issue of Rumiyah (warning: the link contains terrorist content) covers in detail how to use a truck as a weapon and cause as much damage as possible. The article features images of rental trucks and the Macy’s Thanksgiving Day Parade under the headline “Just Terror Tactics.”

“Though being an essential part of modern life," the article says, "very few actually comprehend the deadly and destructive capability of the motor vehicle and its capacity of reaping large numbers of casualties if used in a premeditated manner."

Then it goes into grim details about what steps to take to ensure a successful operation.

“Filling vehicle with a sufficient amount of fuel,” is one bullet point under the title "Preparation and Planning." “Mapping out the route of the attack,” is another.

Then the writer asks that the attacker make the motive behind the operation clear. “An example of such would be simply writing on dozens of sheets of paper “The Islamic State will remain!” or “I am a soldier of the Islamic State!” prior, and launching them from the vehicle’s window during the execution of the attack.”

And in case the would-be attacker is wondering how to acquire a truck, there are tips for that as well.

"[They say] you can easily buy a truck if you have the money," explains researcher Tarras-Wahlberg, "you can also borrow a truck from a friend or family if you know someone who has a truck available, but you can also hijack it or hotwire it." 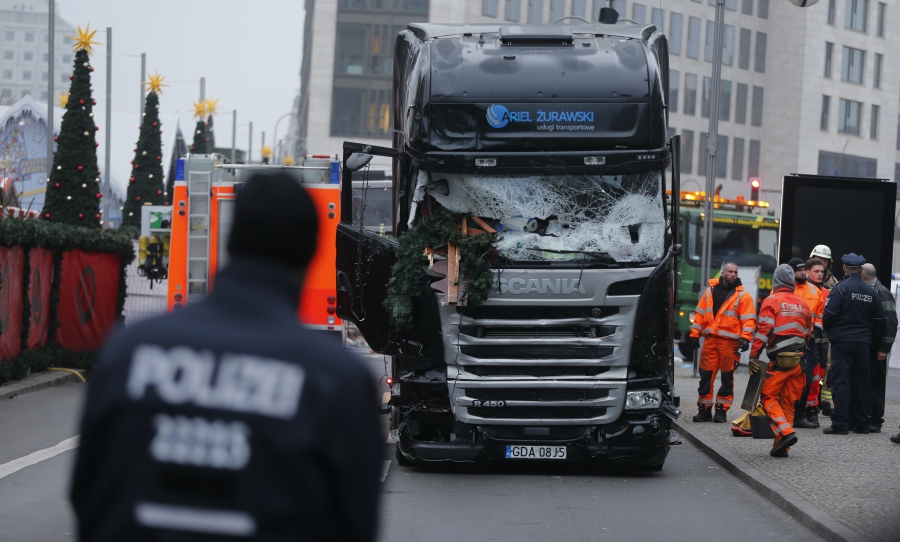 Police stand in front of the truck which ploughed last night into a crowded Christmas market in the German capital Berlin, Germany, December 20, 2016.

Using vehicles as a weapon is not new. “This tactic goes back to al-Qaeda talking about it. And ISIS first picked it up in 2014,” Peter Berger, director for international security at the New America think tank, told The Guardian back in December. “The barriers to entry are almost zero. The only thing you have to know how to do is drive.”

Martha Crenshaw, a terrorism scholar at Stanford University, estimates that since 1994, there have been around 30 incidents worldwide where terrorists used vehicles as their primary weapon in attacks on civilians.

ISIS is simply updating and disseminating information about this tactic.

Tarras-Wahlberg, who's based in Stockholm, says she has been criticized about her publication regarding ISIS' truck instructions. Especially given that the attack in Sweden happened last week. She, however, disagrees with the critics.

"I would say that this is readily available to anyone who wants to find it," she says "This is out there for everyone and that is one of the disturbing things for me. I think we need to work harder to counter propaganda."

By reading and discussing these ISIS materials, she adds, we can prepare ourselves against future operations. "It gives us clues as to possible targets, methods and also dates when we need to be more vigilant."

Countries have been looking into ways to stop truck attacks. In Sweden, for example, Tarras-Wahlberg says, there has been a discussion about more police presence and increasing surveillance. Governments also use large cement barriers to protect critical infrastructures.

But "soft targets" like parades, outdoor markets and gatherings like the one on Bastille Day in France are much harder to protect. ISIS knows this and it is using it to its advantage.

A paragraph in the Rumiyah article reads: “In general, one should consider any outdoor attraction that draws large crowds. [...] The target should be on a road that offers the ability to accelerate to a high speed, which allows for inflicting maximum damage on those in the vehicle’s path.”