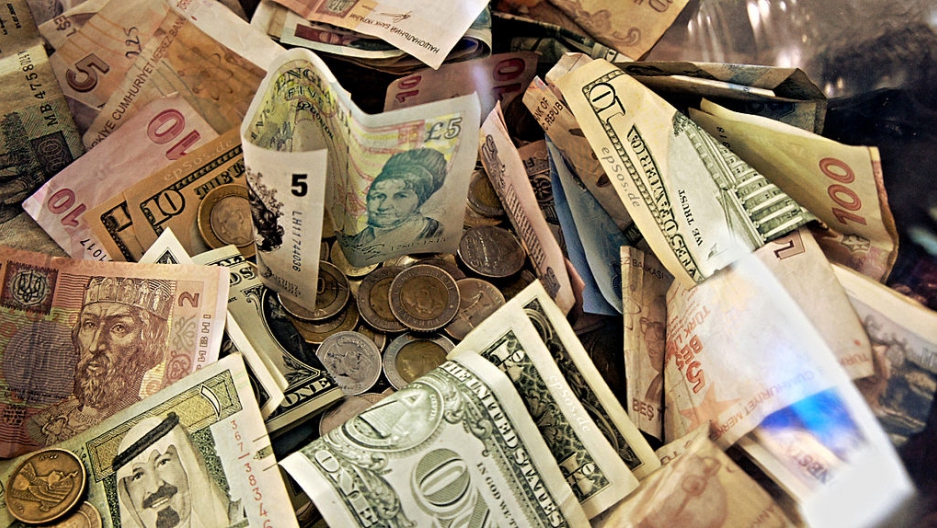 Since the 1980s, most nations have dramatically lowered their corporate tax rates. But not all.

American corporations face the highest statutory tax rate in the world. But the US could become one of the most appealing tax havens on Earth if some lawmakers have their way.

Sure, many American firms take advantage of tax deductions and loopholes to lower their tax bills. Still, even with clever accounting, most US corporations pay a much higher “effective tax rate" — what they actually pay — than foreign competitors.

“It definitely puts us at a competitive disadvantage,” says economist and tax expert James Hines at the University of Michigan. “This is why American companies have been relocating to really any other country.”

Think of Burger King. Two and half years ago it merged with Canadian coffee and doughnut chain Tim Hortons. The combined company is now headquartered in Canada, where corporate taxes are lower. Dozens of American companies have employed similar tax “inversions,” relocating outside of the US.

Thirty years ago, this didn’t really happen; the US had a competitive corporate tax rate. But since then, other nations lowered their rates. The United States has not.

So, why didn’t the US change too? The easy answer is politics. Tax reform is hugely contentious. The last substantial tax overhaul in Washington was back in 1986 when congressional Democrats worked with Republican President Ronald Reagan. Not long ago, President Barack Obama wanted to lower the corporate tax rate, but his efforts went nowhere.

President Donald Trump’s goal is to be the president who gets this done. Trump has often talked of slashing the federal corporate tax rate from 35 to 15 percent, arguing that it would boost the economy.

To put things into context, even high-tax Sweden taxes its businesses at a much lower rate than the US.

In the late 1980s, Sweden’s corporate tax rate was an eye-popping 60 percent. The Swedish government lowered it and lowered it. Now, it’s 22 percent. Adam Brånby, who runs the Swedish company “Wool Power,” a maker of wool undergarments, says things are better now. He can invest more in his company, “but even with 22, every fifth krona I earn,” goes to the tax man, he says.

“That money could be used in our companies to make the company stronger, to hire more people,” argues Brånby.

Still, Brånby makes a typical conservative argument: More money in his pocket would grow his company and generate more tax revenues for the government. So, could Sweden drop its corporate tax rate even lower, to Trump-approved levels, and still pay for its roads, bridges and hospitals?

“I definitely think that. But I’m not working in the university, I don’t know of course,” says Brånby.

Back in Ann Arbor, Michigan, Hines isn't so sure.

“If you lower business taxes you will stimulate the economy, I think there’s bipartisan agreement on that,” the economist says. “But hardly anybody buys the idea that you can actually lower the corporate tax to 15 percent, and it will so stimulate the economy that you more than make up the revenue. It would be lovely if that were true, but there isn’t any evidence for it.”

Critics of Trump’s steep tax cuts argue it would be a giveaway to corporations and the rich.

In Sweden, they lowered corporate taxes, but boosted other taxes on businesses to make up for that. Here in the US, congressional Republicans are now talking about adding taxes on imports, while exempting taxes on exports. Throw in a few other tricks, and Hines says the Republican House plan could make the US the greatest tax haven on Earth.

Or ... Hines and many other economists also warn the Republican tax overhaul could violate international trade rules, spark a trade war costing US exporters hundreds of billions in sales, increase the costs of items on store shelves and increase the deficit.

So, could the Republican plan work?

Hanlon says the House corporate tax overhaul could work, and work well, but in practice, “nobody knows because nothing like the blueprint, which is a destination-based cash flow tax, has ever been put in place anywhere on Earth.”

I could try and explain what she means, but trust me, you probably don’t want to hear it. Again, this is what you need to know about the Republican plan: “In theory, it’s very appealing, but in practice, there’s a lot of uncertainty,” says Hanlon.

Now, going beyond the sound bites we're sure to hear from politicians and actually hammering out an agreement on how to fix the tax system, that’s the fun part — figuring out how to structure small businesses that are currently listed as pass-through entities and addressing special rules for subchapter S or LLC companies — or the part you really, really don’t want to hear.

And about that UAE 55 percent tax rate thing … “The UAE is generally considered to be a low-tax location,” says Hines. “Though they are sometimes coded as a high-tax place. It's complicated.”

The UAE authorizes each emirate to impose up to a 55 percent tax.

“Here's the thing: They don't impose those taxes, except on oil companies. Most businesses in the UAE pay no corporate tax at all,” says Hines. “The bottom line is that for non-oil companies, the UAE is a tax haven.”

So if you agree with Hines' argument, the US wins the title as the nation with the highest statutory corporate tax rate on Earth.