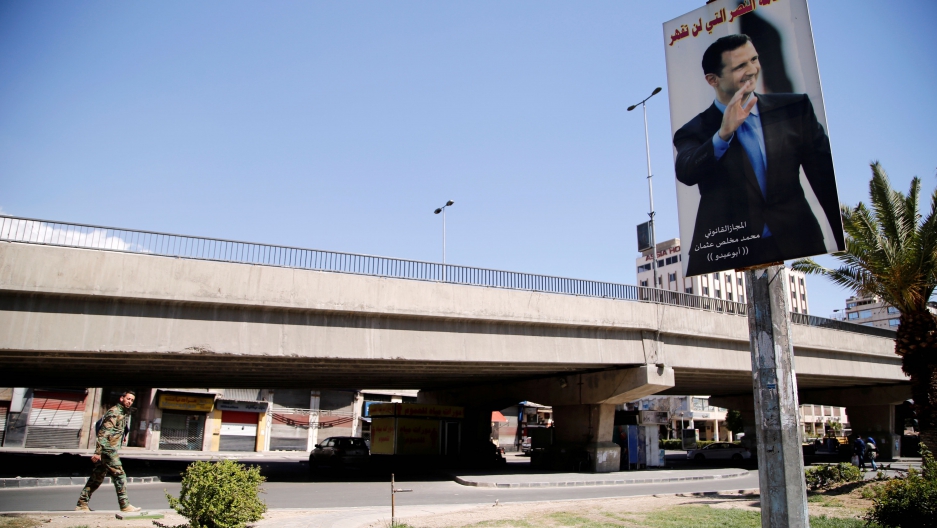 President Donald Trump has pledged to pursue an "America first" strategy both at home and internationally, but recent events in the Middle East have quickly put that practice to the test. The situation has some wondering about how the Trump administration might involve itself in other conflicts around the globe.

Last week’s US missile strikes on a Syrian airbase garnered support even from some of Trump's most vocal critics. However, many of them were also quick to note that the strikes were not the same thing as an actual Syria strategy. The lack of a full-fledged strategy became more apparent over the weekend, when two members of the Trump team conveyed conflicting messages about what happens next.

Related: After attack on Syria, Trump supporters question his commitment to 'America first'

Nikki Haley, the US ambassador to the United Nations, told CNN that regime change would be necessary for Syria.

“We know there is not any sort of option where a political solution is going to happen with [Syrian President Bashar al-Assad] at the head of the regime,” Ambassador Haley said. “If you look at his actions, if you look at the situation, it’s going to be hard to see a government that’s peaceful and stable with Assad.”

Though Haley says regime change is necessary, Secretary of State Rex Tillerson insisted on ABC News that there has been little change in US foreign policy. That's despite the US firing dozens of missiles at a Syrian military base officials said was the launch site for a chemical attack — something former President Barack Obama considered but never did. Instead, the Obama administration, in 2013, agreed with Russia to eradicate Assad's chemical weapons.

“The strike was a message to Bashar al-Assad that your multiple violations of your agreements at the UN, your agreements under the chemical weapons charter back in 2013, that those would not go without a response in the future,” Tillerson said. “We’re asking Russia to fulfill its commitment, and we’re asking and calling on Bashar al-Assad to cease the use of these weapons; other than that, there is no change to our military posture.”

Though Haley is calling for regime change and Tillerson is holding the line on the status quo, both Cabinet members were in agreement that the No. 1 priority for the US in the region remains targeting and defeating ISIS. The extremist group claimed responsibility on Sunday for bombings that targeted two Egyptian churches in the cities of Tanta and Alexandria and took the lives of more than 40 people.

Leslie Vinjamuri, an associate professor in international relations at SOAS, University of London, and an associate fellow at London’s Chatham House, says it seems like the United States does not have a coherent strategy for dealing with the crisis in Syria.

Related: Lack of political will stands in the way of bringing Assad to court

“Now, of course, there’s a spotlight on the US and Syria, and there are tremendous expectations, but that doesn’t mean that the US should necessarily go further in,” she says. “The US has been very clear both under President Obama and now under President Trump that the first goal has been to fight back against and rid Syria of ISIS. This doesn’t necessarily put us in a better position to do that.”

At present, fully destroying the Assad regime creates a vacuum in Syria that could present even more danger to the United States, says former Ambassador Alberto M. Fernandez, US foreign service officer from 1983 to 2015 and vice president of the Middle East Media Research Institute.

“There’s always been this tension or this sense that Assad is a really bad guy, and it would be great to somehow remove him, but not removing the regime itself,” he says. “The problem is the Assad regime, like other authoritarian regimes in the region, intentionally form a very strong connection between the regime and the rulers — it’s not easy to separate one from the other because they tend to fall and rise together.”

The last thing that the US needs is to create a vacuum in Syria, Vinjamuri says, which could lead to chaos in the region and drag America into yet another deep conflict in the Middle East.

With that in mind, we’re wondering: Mr. President, how will the conflicts in the Middle East affect your America first strategy? If you’d like an answer to that question, too, click here to ask the president in a tweet.