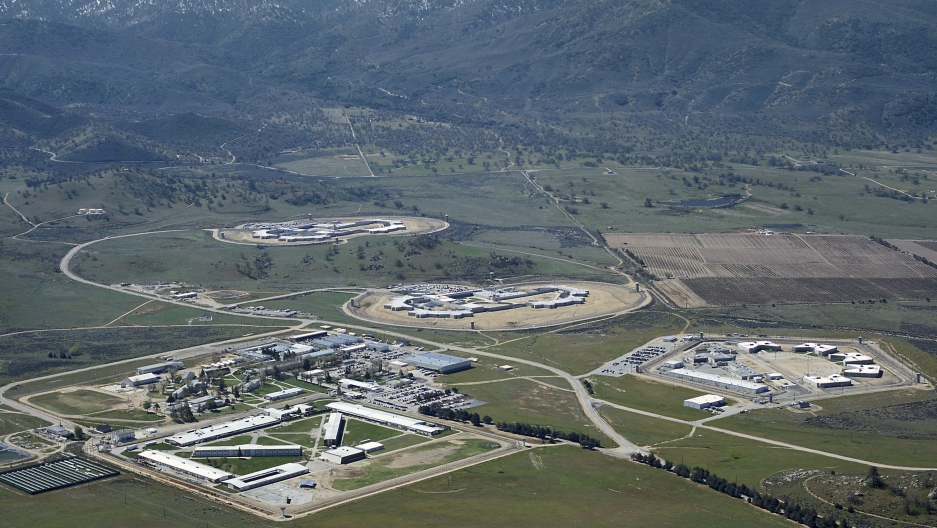 Among the errors of a weekly report issued by the Department of Homeland Security: Incorrectly stating that Kern County did not comply with 65 requests to detain prisoners for immigration authorities. ICE later found the refusals came from federal and state prisons and apologized. The California Correctional Institution facility, for example, is a state prison located in Kern County but not run by the county.

Immigration officials confirmed Tuesday that they are suspending the publication of a weekly report that lists municipalities which refuse to hold inmates beyond their release dates.

The weekly “Declined Detainer Outcome Report” lists counties and jail facilities that refuse to honor immigration detainers. Those are requests from immigration officials to hold a suspect up to 48 hours beyond their scheduled release so they can be taken into custody for deportation.

Immigration and Customs Enforcement (ICE) began publishing the report only three weeks ago and each release has included errors. They have listed cooperative counties as refusing to hold prisoners and miscounting the number of detainers issued to counties.

“ICE remains committed to publishing the most accurate information available regarding declined detainers across the country and continues to analyze and refine its reporting methodologies,” spokesperson Sarah Rodriguez said in a statement. “While this analysis is ongoing, the publication of the Declined Detainer Outcome Report (DDOR) will be temporarily suspended. The DDOR has already sparked important conversations between ICE and law enforcement agencies across the nation, and the revised report will add to this discussion.”

ICE officials did not say how long the delay would last or if there would be a gap in data as the report is revised.

Still waiting for an answer: Early in the Trump administration, as part of 100 questions PRI is asking over his first 100 days in office (it has the hashtag #100Days100Qs), we asked if he would be more transparent about his increased immigration enforcement than administrations in the past.

The report was mandated in an executive order by President Donald Trump. That directive threatens to withhold federal funding from jurisdictions where law enforcement agencies refuse detainers. The order calls for both a weekly report and quarterly reports about the immigration status of those in all levels of the US prison system.

“This is clearly front and center of a big, announced priority of the Trump administration, and to cut off information is certainly not consistent with calling for more transparency,” says Sue Long, co-director of the Transactional Records Access Clearinghouse (TRAC), a program at Syracuse University that collects government data, including immigration statistics. “It's not good to have the public kept in the dark.”

See also: The data we no longer get about immigration

TRAC has collected ICE data for years using Freedom of Information Act requests, but recently ICE has stopped providing the data it sent in years past. The datasets now available on the TRAC website include all detainers issued from 2002 through 2015. It also includes records of how many people were deported from 2003 through 2016. Those datasets can no longer be updated in their existing format.

TRAC analyzed detainer requests with data available during the Bush and Obama administrations and found that ICE assumed custody of only 40 percent of people it requested be held by local law enforcement. It’s not a perfect analysis, says Long. ICE records only that a detainer was created, not if it was served to the law enforcement agency; multiple detainers can be issued to one person; and when someone is taken into custody, they do not record if the individual was picked up by the same law enforcement agency where the detainer was served.

Long suggests that the revised report should include details of how many detainers were issued to each facility, criminal history and why each detainer was issued.

“This is a one-week snapshot rather than including a cumulative picture,” she says. “Normally, with statistics, you have a method for updates. They don't have that, and I think that results in a very unfortunate and incomplete and misleading picture of what’s going on.”

In the first week’s detainer report, Franklin County, Pennsylvania, was listed as noncompliant. ICE said then that they issued five detainers but local law enforcement did not hold people.

Those five were entirely in error, says David Keller, chairman of the board of commissioners in Franklin County.

Franklin County had three open detainer requests from previous weeks, Keller says, and ICE had picked up two of those individuals. The third was still being held in the Franklin County Jail.

But when the news broke that Franklin County was on the list of noncompliant counties, the local paper wrote a front-page story. Keller says he got three or four messages and calls from his constituents about the mistake.

“I think it caused mostly some questions,” he says. “I sense that the community felt that the numbers couldn’t possibly be right because they knew we were not releasing persons of interest to the street that ICE had asked us to transfer into their custody.”

ICE sent an apology letter, which Franklin County enumerated in a press release on March 24.

“We’re doing everything we can within the law and bending over backward to cooperate,” Keller says. “Both sides feel like we've got a good relationship, but the way that jurisdictions are being categorized are cooperative or uncooperative is a challenge right now. We're going to continue to do our jobs, and be as cooperative as we can and help support the mission of immigration law.”

In the second report, Kern County, California, appeared on the list as the third-most noncompliant county in the country, with 65 detainers issued.

But Kern County Sheriff Donny Youngblood’s jail does not use detainers at all. ICE officers work in the jail and have access to the jail’s booking records and can take someone into custody at any time. There was no way the 65 refusals were correct, he says.

“It set off alarms because we had zero,” Youngblood said.

Youngblood says ICE later found the refusals came from federal and state prisons located in Kern County and apologized. After receiving emails and phone calls, Youngblood, too, held a press conference to announce the error.

“I think they just have to be cautious and not rush into this and make sure you get your data correct,” Youngblood says. “It impacts a lot of people, including elected officials. We've seen this rush to be first as opposed to being correct, and I think this is really an important issue for the public to understand that what they're reading is correct.”

ICE’s first report said that Travis County, Texas, had refused to honor 142 detainers — more than half of the 206 refused nationwide that week. The report coincided with a policy change that occurred on Feb. 1: Travis County Sheriff Sally Hernandez said she would only honor detainers for someone charged with murder, aggravated sexual assault or human smuggling. When officials at Travis County applied the new policy to all 2,500-some inmates in the jail, the numbers presented an inaccurate picture.

“Most of them are probably still in our custody right now,” says Kristen Dark, a spokesperson for the Travis County Sheriff’s Office. “They're in custody not because they're illegal, but because they committed crimes and they're going to be dealt with on that crime before they're ever turned over to ICE or released.”

In the following two reports, Travis County barely registers. Regardless, the way the data is presented is not very useful, says Dark.

"There are no names associated with [the report], so I don’t have any method of going and verifying a warrant was served on an inmate," says Dark. "This is just a number, and it’s not quantifiable data for me."

“It was widely reported that our sheriff just allowed those 142 inmates to go,” she says. “A sheriff can't make that decision. That’s up to a judge. They have to make bond or have their charges disposed by a judge.”

Dark says ICE has begun issuing warrants instead of detainers, in line with the sheriff’s new policy.

Using warrants is a solution Youngblood would also prefer to see.

“The real solution is judicial review,” he says. “To have federal judges to review these and issue a warrant or probable cause declaration and then the sheriffs can honor these detainers. In California, almost every sheriff wants to honor the detainers but legal counsels are saying don't do it because you're going to lose in a lawsuit.”

Several judges have ruled that immigration detainers violate the Fourth Amendment, which guarantees everyone protection from unreasonable search and seizure by the government and emphasizes the use of warrants.

“The important part is that sheriffs don't want to be caught in the middle between federal and state law,” he says. “We raise our hand, and we're sworn to uphold the Constitution of the United States and the constitution of California and that's conflicting and causing a huge dilemma for sheriffs.”