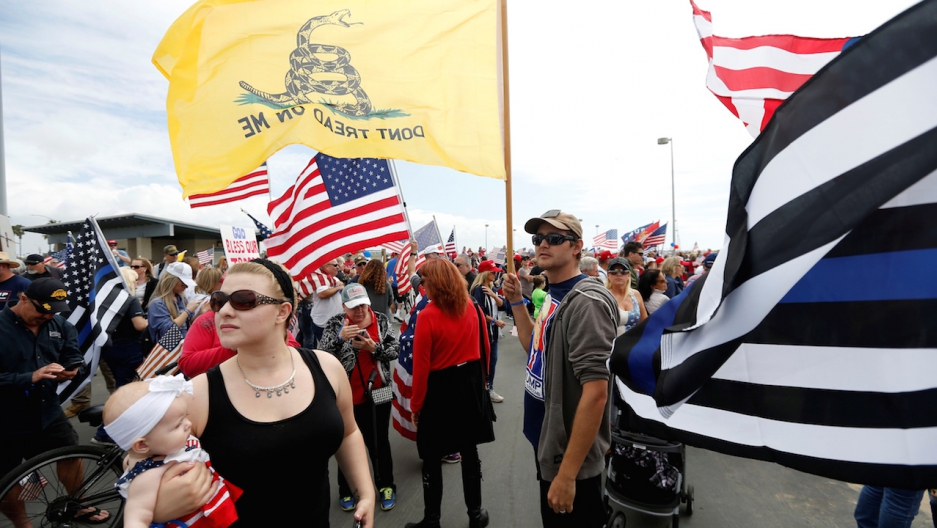 Many of Trump’s fans, though — especially his most prominent and vocal supporters — are feeling disenchanted.

Trump ran on an isolationist platform, promising to put “America first" and speaking out against US intervention in conflicts around the world.

Now, to some, it seems like he’s moving in the opposite direction.

“What Trump did was nothing less than a betrayal, a betrayal of his supporters, of his message 'America first,' of his promise to be different, to learn from the mistakes of the past and chart a new course,” alt-right leader Richard Spencer told The Atlantic. “I'll wait and see, of course, but I'm not sure I can continue to support him. Most all of the alt-right feels the same way.”

On Twitter, many other commentators have expressed similar sentiments:

Those who wanted us meddling in the Middle East voted for other candidates.

I guess Trump wasn't "Putin's puppet" after all, he was just another deep state/Neo-Con puppet.

I'm officially OFF the Trump train.

Trump vowed to stay out of the mess in the Middle East and focus on our own country. This is not what we voted for.

But off of Twitter, another Trump supporter, Lou Mavrakis, says he doesn’t care all that much about what the president does in Syria. He cares much more about what Trump does in America.

Mavrakis is the mayor of Monessen, a steel town in southwestern Pennsylvania. He voted for Trump because he hoped the president would reinvigorate his struggling his city. He was counting on Trump to support new infrastructure and bring back jobs.

But so far things have not changed much.

“I’m 75 years old. I’ve been patient, but I don’t have much time to live,” says Mavrakis. “I mean how much longer can I live? Something’s gotta trickle down to me.”

Still, the mayor has not given up on Trump just yet.