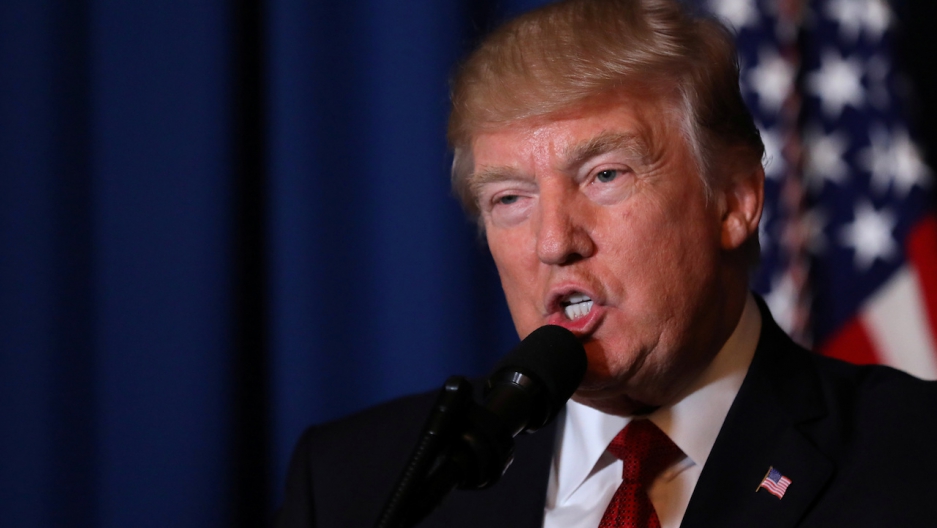 US President Donald Trump delivers a statement about missile strikes on a Syrian airbase at his Mar-a-Lago estate in West Palm Beach, Florida, April 6, 2017.

US President Donald Trump ordered a massive, targeted military strike against Syria Thursday in retaliation for a chemical weapons attack they blame on President Bashar al-Assad.

"Tonight I call on all civilized nations to join us in seeking to end this slaughter and bloodshed in Syria and also to end terrorism of all kinds and all types," he said.

"We hope that as long as America stands for justice, then peace and harmony will in the end prevail."

US Secretary of State Rex Tillerson had earlier Thursday vowed an "appropriate response" to the attack in Khan Sheikhun in rebel-held Idlib province.

Twenty-seven children were among the dead, and Turkey believes victims were exposed to the nerve agent sarin.

"What happened in Syria is truly one of the egregious crimes," Trump said earlier Thursday. "I guess he's running things, so I guess something should happen."

Trump's comments came as Tillerson — who like the president was in Florida to welcome China's Xi Jinping — called for "a political process that would lead to Assad leaving" and said his future role in the country was "uncertain."

The US ambassador to the UN, Nikki Haley, has warned that Washington could take unilateral action if the world body fails to respond to the allegations of chemical weapons use.

Military action brings enormous risks, as strikes could be subject to skirting Russian air defenses. Moscow also has advisors on the ground in Syria.