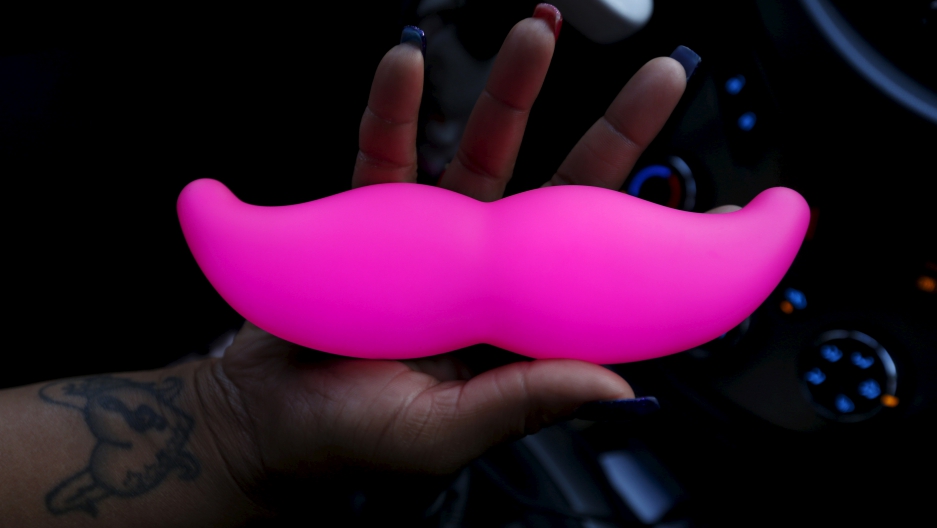 Maya Jackson, a Lyft driver from Sacramento, California, is shown here holding a Lyft Glowstache, in San Francisco, on Feb. 3, 2016.

#74. @realDonaldTrump, how will you make health care affordable to gig and contract workers if you roll back the ACA? #100Days100Qs

A growing number of people work in what's known as the "gig economy." That includes freelancers and other types of independent contractors. These days, many are using ride-hailing apps like Uber and Lyft as their primary sources of income or as one of the multiple jobs they cobble together to make ends meet. And with that cobbling comes the loss of safety nets such as 401(k)s, sick time and, yes, health insurance.

Related: How the new health care bill could affect your Uber ride

That's where having access to insurance via the Obama-era Affordable Care Act comes in. According to 2015 research from Harvard and Princeton economists, reported late last year by the Chicago Tribune, nearly 16 percent of the labor force is made up of these gig workers. That's up from 10 percent in 2005. And other recent surveys put the number even higher.

Kristin Sharp, executive director of the Shift Commission on Work, Workers and Technology, an initiative of New America, a public policy think tank, and Bloomberg, is quoted in the Chicago Tribune story, saying, "Many people expect that by 2020 to 2025 up to 50 percent of the workforce will get some income from independent labor."

So, if we're headed in that direction, how can the president make sure all those independent workers are afforded the same protections as their peers in the 9-to-5 economy?

President Donald Trump is a big proponent of entrepreneurs and a free labor market. His first pick for the Department of Labor, Andrew Pudzer, has been an advocate for companies having flexibility in terms of how they classify their workers — as a way to cut down on costs and avoid having to pay for things like insurance and sick time. That's a sharp contrast to the Obama administration, which was aggressive on worker misclassification by large companies.

At the same time, the president has tried to roll back the ACA. If he does, it could be especially hard on gig economy workers.

If you lose your job and start using your car as a way to make ends meet or rent out part of your house on Airbnb, you're still going to need insurance. So, we're asking Trump this: If you support people being their own boss and contributing to the labor force via the gig economy, how will you ensure that they can afford to get health care?