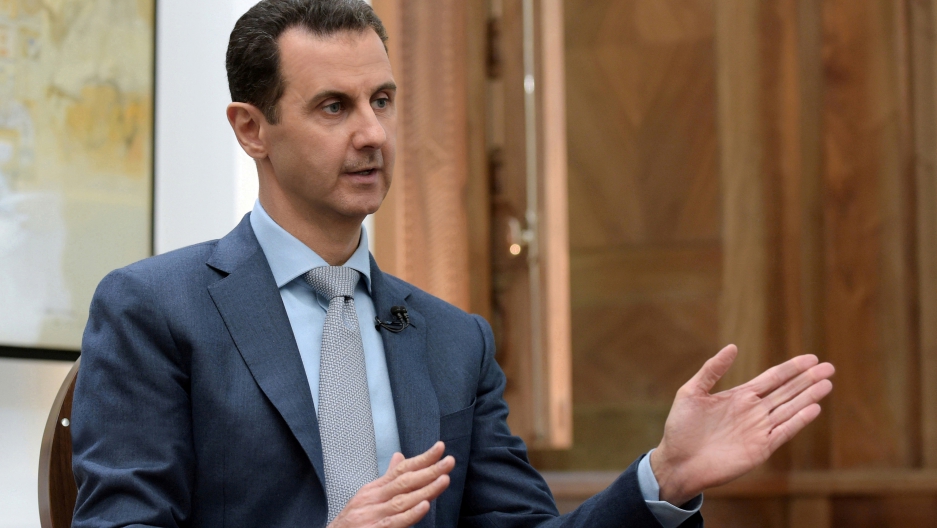 Syria's President Bashar al-Assad speaks during an interview with Yahoo News in this handout picture provided by SANA on February 10, 2017, Syria.

Why hasn’t the international community taken Syrian President Bashar al-Assad to court? Is it lack of evidence?

No, says Ben Taub of The New Yorker. It's simply a lack to political will.

“There is already a pile of evidence,” Taub explains.

For example, in 2011, a group of former war crimes investigators formed the Commission for International Justice and Accountability. Over the past few years, they have collected over 600,000 pages of Syrian government security intelligence documents.

“These documents, some of them are signed by Assad himself,” Taub says. “About a thousand pages come from his highest-level security committee in Damascus — they were leaked by a mole. And they prove beyond any reasonable doubt his criminal culpability for the systematic torture and murder of tens of thousands of people.”

Related: Amnesty accuses Syria of ‘extermination’ of thousands of prisoners

And that's not all. There's also evidence smuggled out by defectors. Like the thousands of images provided by a defector code-named "Caesar." Before he defected, Caesar worked as an official forensic photographer for the Syrian military police. He told Human Rights Watch, which verified the images, that he “had personally photographed bodies of dead detainees and helped to archive thousands more similar photographs.”

“The Syrian government is so fastidious in documenting everything,” says Taub. “In the military hospitals, while the bodies are being processed, military police photographers are photographing each corpse and filling out a document with the number of the corpse, the number of the facility it was processed and the name of the hospital that [it] arrived in.”

Adding to all this, Taub says, "is the obvious crime of constantly bombing civilian targets, use of chemical weapons, the forced displacement in Aleppo, which happened on live TV."

So what's behind the lack of political will?

Taub points to the role of Russia and China. The International Criminal Court does not hold jurisdiction over Syria. Russia and China have vetoed a measure that would change that.

"If that measure were to be brought forth to the court again, it's extremely likely that Russia would veto it again," Taub says. "China's vote could go either way."

Taub adds that in the international court system's current structure, for the ICC to get jurisdiction, no country can veto that measure.

There are some efforts underway to prosecute low-level alleged offenders in European jurisdictions. But it will take more time and effort for the higher levels to be brought to justice.

"Justice is slow, sometimes too slow," Taub says. "Assad is young so there is a chance that however difficult it is to extract him from Syria that he could end up in court before he dies."

"But a lot of the higher-level perpetrators within the government are in their 70s and 80s," he adds, "and chances are they're going to die before they ever see a jail cell or a court room."