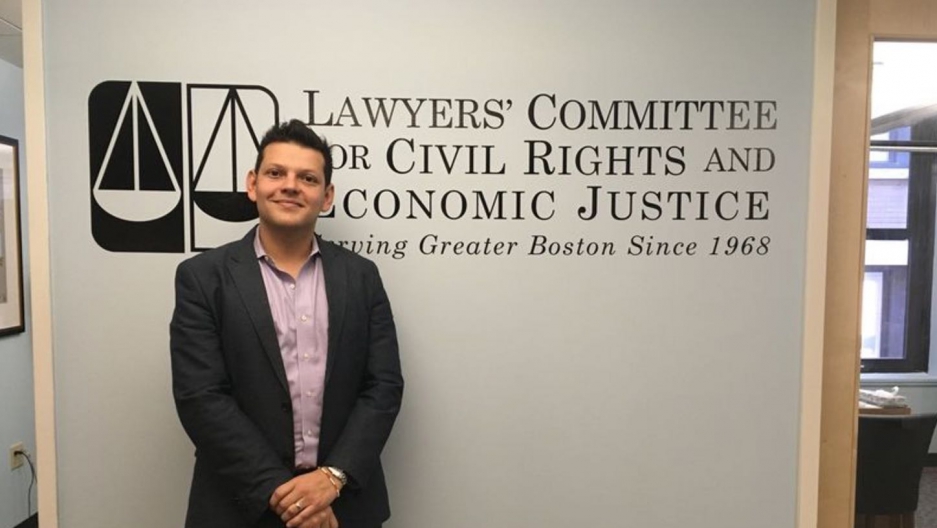 Earlier this year, President Donald Trump signed an executive order that threatened to strip federal aid to "sanctuary cities" that he says fail to enforce the country's immigration policies. In Massachusetts, two of the state’s poorest cities — Lawrence and Chelsea — have filed a lawsuit challenging the executive order.

This legal action could offer a blueprint for other small communities looking to push back on President Trump’s immigration agenda. On April 10, the Trump administration responded by filing a motion to dismiss the complaint.

Lawrence is an urban, industrial city some 25 miles north of Boston. Waves of different immigrant groups have flocked to the city since the mid-1800s to work in the towering red-brick textile mills that still line the winding Merrimack River. The mills have long been shuttered, and the city is still trying to get back on its feet, but immigrants have not stopped coming to Lawrence. These days, three-quarters of the city's residents are Latino or Hispanic, and more than 37 percent were born outside the United States. 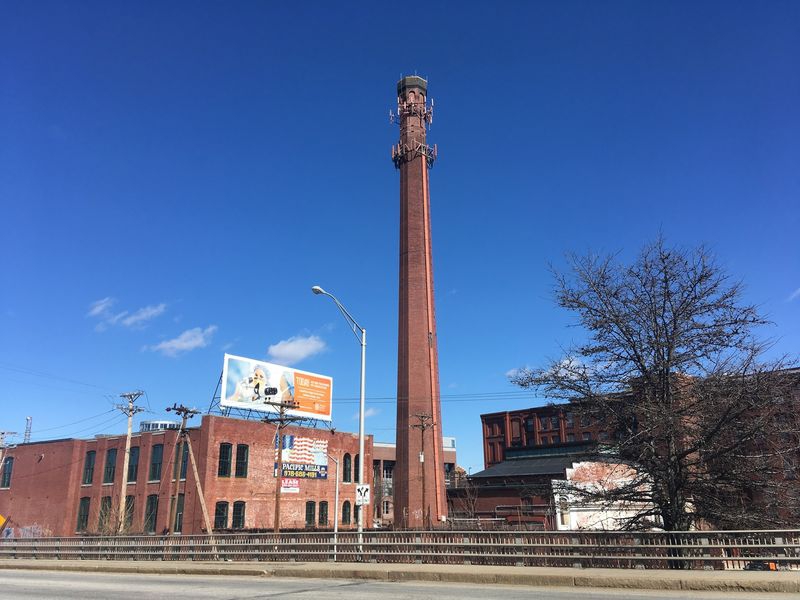 A former textile mill in Lawrence, Massachusetts, is pictured here.

English language classes are especially popular in Lawrence. Thousands of residents are on waiting lists hoping to attend English as a second language programs like the ones at the Greater Lawrence Community Action Council. Executive Director Evelyn Friedman says the classes are invaluable.

“Many of our students come and they have no English language skills, and they’re working at very menial jobs and as they gain skills they move up in their organizations or are able to get better jobs,” Friedman says. “The other thing is that they can’t communicate with the teachers of their children.”

Related: Why one group of Chinese Americans opposes 'sanctuary' cities

Lawrence could lose out big time if President Trump is able to follow through on his threat and pulls the city’s federal funding. Almost 30 percent of the population in Lawrence lives in poverty and the city relies heavily on federal aid, receiving more than $36 million each year, which is about 13 percent of its annual budget. The federal money helps support ESL classes and many basic services, including the city’s public schools and its free lunch programs. 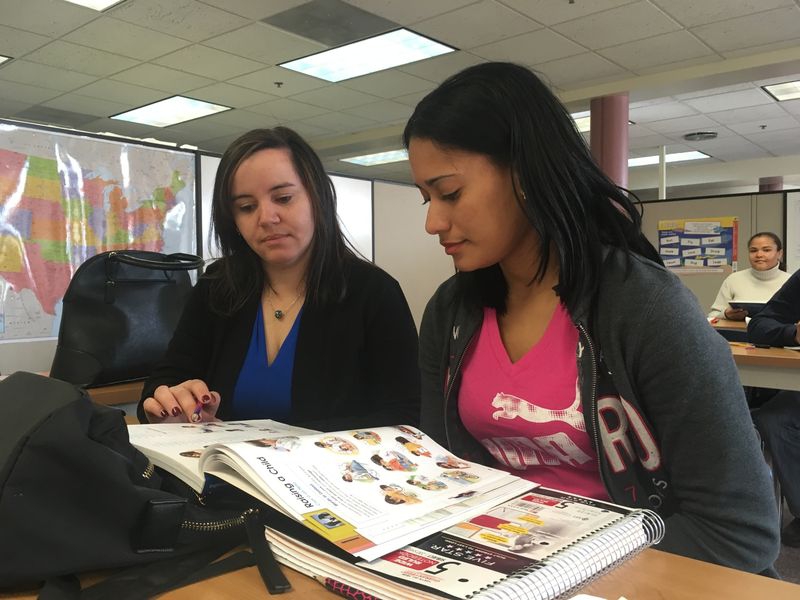 These students are part of an English language class at the Greater Lawrence Community Action Council.

Lawrence Mayor Dan Rivera is the son of a single immigrant mother who once worked in the Lawrence mills. Growing up, Rivera says he benefited personally from many federally funded programs and calls himself a “poster boy for all the good stuff that government can do.”

“I’m a public school kid, a public higher education kid,” he says. The GI bill helped him buy his first house, Rivera explains. “My mom was on food stamps, [and] we did public housing." 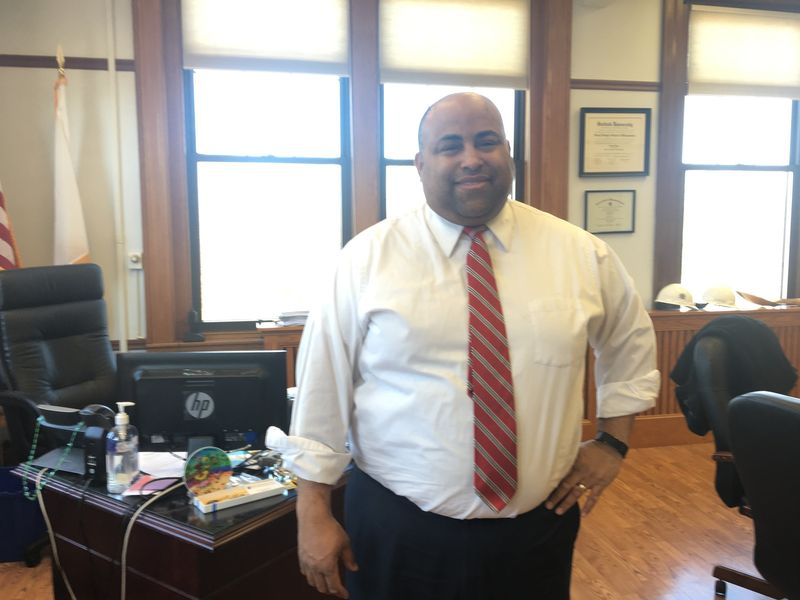 Like most sanctuary cities, Lawrence police will hand over criminals to Immigration and Customs Enforcement, but will not help ICE with civil immigration investigations and detentions, the way the president wants them to. Supporters of Lawrence’s policy claim it is a matter of public safety and that it encourages all residents, even those who are undocumented, to cooperate with local law enforcement.

The mayor also says his cash-strapped police force does not have the resources to help more, even if he wanted them to.

“I got 80,000 people here ... [and] I gotta fight a drug war. I gotta fight homelessness problems and an opioid problem. I got to have police officers to go respond to car accidents,” he says. “And to be punished, for not having that resource, it’s basically an unfunded mandate.”

Related: America's sanctuary communities are more numerous than you think

Lawrence and the city of Chelsea are trying to block Trump’s executive order and have filed a lawsuit that argues they are not violating any federal immigration laws with their policing policies. It also calls the executive order unconstitutional. Rachel Rosenbloom, an immigration law professor at Northeastern University, agrees.

“So, the question is: Does the federal government have the right to withhold funds from sanctuary cities? Can the president cut off funds without Congress? I think that the answer to that is no,” Rosenbloom says.

While Congress can attach some restrictions to federal programs, there are limits, according to Rosenbloom, and it cannot, as the Supreme Court has put it, hold a gun to a state’s head.

Related: This is the data we no longer get about immigration enforcement under the Trump administration

“If Congress wants to have a particular program that it funds and it creates some strings that are attached that are specifically for that program, that’s pretty common,” Rosenbloom says. “But if Congress uses unrelated funds and says, 'We won’t give you these funds unless you carry out immigration enforcement actions,' the Supreme Court has said in other cases, that is not permissible under the Constitution.”

Iván Espinoza-Madrigal, the executive director of the Lawyers’ Committee for Civil Rights and Economic Justice, which, along with the Goodwin law firm, helped Lawrence and Chelsea file their federal lawsuit, says he hopes “that other communities in other states will be able to replicate the blueprint that we have created here and create a mix of civil rights, community-based and sanctuary communities that all come together to speak with one voice.” He wants them to challenge what he calls Trump’s “anti-immigrant agenda.”

The Trump administration has not yet responded to Lawrence and Chelsea’s lawsuit. Under the rules of the federal court in Boston, it has until next week to do so.

This story originally aired on The Takeaway. It was updated on April 12 to reflect the Trump administration's response to the lawsuit.