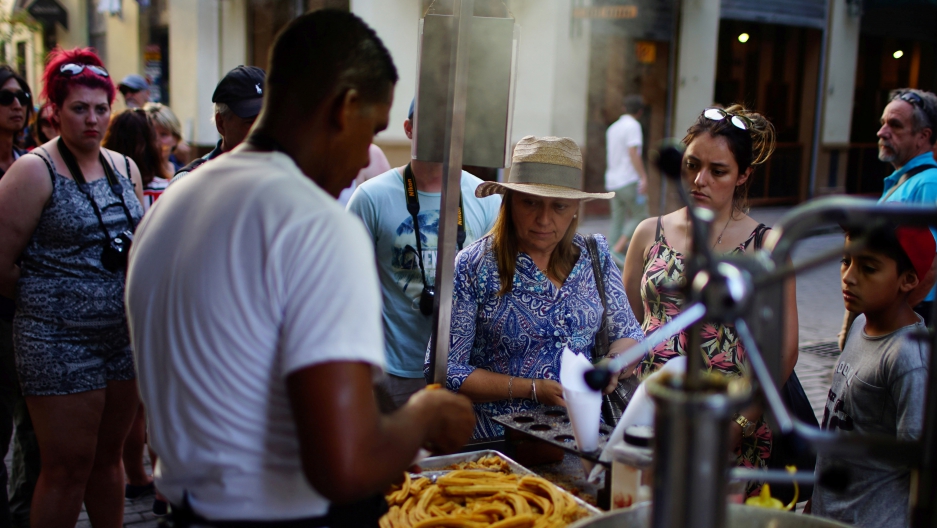 When Pavel Donato León was growing up in an outer Havana neighborhood in the '80s, his father pushed him to learn a trade. Plumbing and mechanics were not his thing. So, he told his father he'd learn the art of baking bread.

His father’s response was prophetic: "Everyone need to eat bread, every day all over the world,” Donato León's father told him. "You'll never be without work."

So, as a 17-year-old, he went to work at a local, state-run bakery. Cubans were all guaranteed bread as part of their daily food ration, and Donato León quickly mastered simple bread-making techniques. He went on to work at a larger state bakery and finally decided to start his own shop.

“I had no money in the beginning. I put [out] some tables and we [painted],” he said. But the early days as a small business owner weren't easy — he quickly hit barriers. “It costs a lot of money to buy a lot of things that we need here, and I got no more money,” Donato León said. And there were challenges he never even imagined, like finding the right ingredients to make the boutique types of breads he believed many Cubans would love. 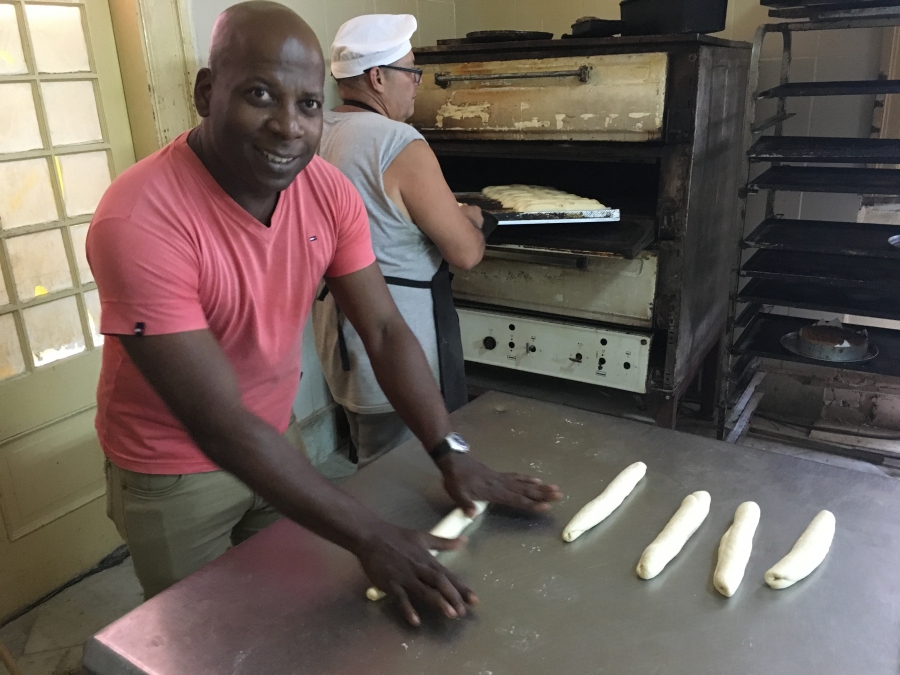 This is Pavel Donato León at his bakery in Havana.

Donato León is part of a burgeoning sector in Cuban society: small business owners. In 2003, the Cuban economy opened up to allow individuals to own and run a small business. Today, Havana is flush with all sorts of cuenta propistas. This includes people who rent rooms in their homes and private restaurant owners, plus shops that sell everything from clothes to cellphone accessories.

Cubans who have entered the small business world earn much more money than those who work for the Cuban state. Yet, there is a stark racial divide emerging in Cuban society, as the majority of small business owners are white.

Donato León's difficulties shoring up money to get his business off the ground is a common struggle for new business owners. However, securing early capital is an even greater problem if you’re Afro Cuban than if you’re white, says Alejandro de la Fuente, director of the Afro-Latin American Research Institute at Harvard University.

“As one of my collaborators in Cuba says, 'Dollars are white.' Most dollars arrive in Cuba through family remittances from the Cuban-American community in South Florida, and that community is overwhelmingly white,” de la Fuente said.

Another barrier to entry for Afro Cubans is real estate, de la Fuente said. Most Cuban small businesses are run out of a home. A storefront is likely the front porch. Yet, having a home in an area frequented by people with money is more often a luxury of white Cubans.

“Historically, and this predates the Cuban revolution, blacks were concentrated in the poorest areas of the city,” de la Fuente said. Today, Afro Cubans still live in the city’s poorer areas.

Location matters when it comes to running a small business. That's why Donato León decided not to start up Don Donato Bakery in his own impoverished neighborhood. Instead, he chose to rent space in the popular Havana neighborhood of Vedado. That's where he believed his bakery might be most successful. It was a good decision, despite the cost of rent. He gets a lot of foot traffic from nearby Avenida 23, a major thoroughfare in Havana.

And word spread quickly about his unique bread and pastry offerings in a neighborhood where people have more money to spend. Business is booming.

But Donato León had to learn basic business principles on his own. He thinks another pre-revolution, lingering effect on the number of Afro Cubans owning businesses is that historically they were never part of Cuba's business-owning class.

“There [were] not too [many] black people in the past who had business,” he said. It makes a difference, Donato León said, because “if I had a grandfather [who] had a business [then] I want to imitate him.”

This was the situation for Mady Zulueta and her mother, as well. Nobody in their family had ever owned a small business, either. When they started making leather bags out of their home on the outskirts of Havana back in 1992, it was a struggle. Zulueta would sell her bags to store owners who would resell them. She’d see her bags resell for a huge markup on what she received.

To have their own store, they would have to find a place to rent, get a license from the government and pay a monthly fee.

When Zulueta’s mother finally retired from her state job as a professor, she decided to devote herself to growing the business. Three years ago, they managed to open a store, Zulu, on Calle Amargura — a quaint, cobbled street in a very touristy area of Old Havana. But now they have a high monthly rent payment, which is tough.

“It’s a slow business because we make all our bags,” Zulueta said. “This isn’t like making and selling food where you turn over the product daily, these are really kind of luxury items.”

Zulueta sees the need for upfront investment and ongoing reinvestment as major barriers to more Afro-Cubans starting small businesses. They just don’t have the resources to do it.

And for some who try, like manicurist Gladys Esther Marta Luis, it isn’t possible to sustain.

“I couldn’t make ends meet,” she said. “I was doing people’s nails but I wasn’t earning enough to cover what I had to pay the state.”

All small business owners have to pay a fee — like a tax — to the state whether they make money or not. On slow months she paid more in fees than she brought in, “so I had to give up my business,” Luis said.

Harvard’s Alejandro de la Fuente said the lack of black business owners is leading to a stark economic divide between white and black Cubans, something the socialist government worked hard to erase. He thinks the Cuban government should step in.

“You could concentrate development funds in some of the poorest areas of the city so residents in those areas could use public funds to launch their own businesses,” de la Fuente said.

“You could look at the possibility of establishing labor policies that make sure that the emergent private sector actually is open to and forced to incorporate and hire people of African descent.”

It’s exactly what Donato León prioritizes in his thriving bakery because, he said, people in his own community see him as someone who made it. So, they come to him regularly asking for work. “They need the money, and they need to work,” Donato León said.

So, he finds work for them. Like grating stale bread to make bread crumbs. That product’s now a top seller — and the elderly man doing the grating has a well-paying job.