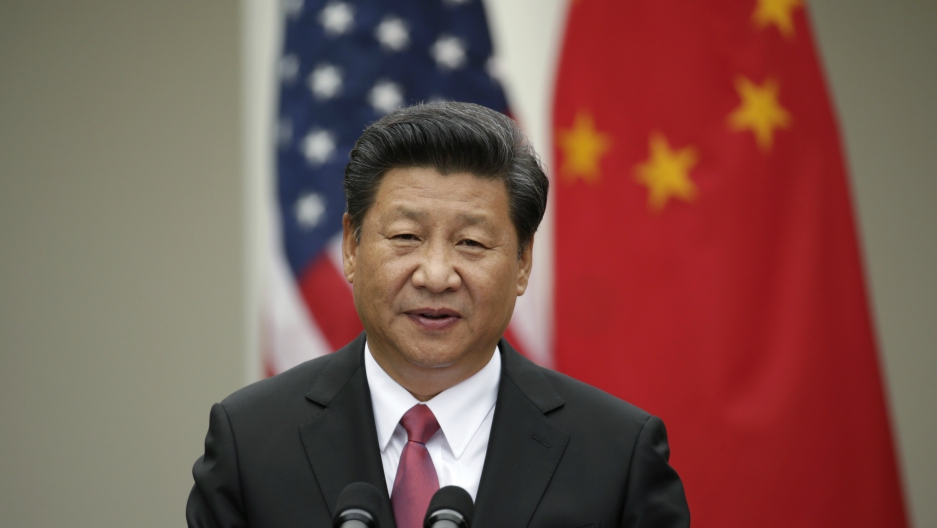 Chinese President Xi Jinping addresses a joint news conference with US President Barack Obama in the Rose Garden at the White House in Washington, DC, Sept. 25, 2015.

US President Donald Trump and Chinese President Xi Jinping meet face-to-face for the first time Thursday, opening a new chapter in the world's most consequential relationship amid growing crises over North Korea and trade.

The presidents of the world's two pre-eminent economic and military powers will rendezvous in the south Florida sun at Trump's Mar-a-Lago estate for a summit already clouded by geopolitical storms.

North Korea's provocative missile launch Wednesday — barely 48 hours before the summit starts — will only accentuate differences over whether to confront or contain that recalcitrant regime.

The Trump White House worries Pyongyang is just months away from marrying nuclear and long-range missile technology and putting the west coast of the United States within striking distance.

During his first meeting with then President Barack Obama in November, Trump was warned he may have to make an early decision on the use of force against North Korea.

The tough-talking new president has repeatedly and very publicly indicated his openness to military action.

Even before news of the latest missile test became public, a senior US official echoed that message, saying "the clock has now run out" on dealing with the North Korean threat and "all options are on the table for us."

Secretary of State Rex Tillerson responded to the missile test with a terse statement, saying: "The United States has spoken enough about North Korea."

But according to the official, Trump is also willing to consider other ways of pressuring the regime, including sanctioning Chinese banks who do business with Pyongyang if Beijing does not move to choke the North's finances.

That could have a chilling effect on global finance, even though diplomats say North Korea is increasingly alive to the risk and has steadily been funneling cash to Singapore and other jurisdictions outside China.

Xi's government — which is treaty-bound to defend North Korea — fears US military action would set off a general war on the Korean Peninsula and generate millions of refugees.

And Chinese analysts scoffed at the idea that Trump's tough talk would have any impact on Beijing’s approach to its renegade neighbor.

"There will definitely be in-depth discussion of the DPRK's denuclearization, but the Chinese side will not change its positions because of anything Trump says."

But behind the tactical differences in how to approach North Korea is a broader strategic struggle — one that pits an established hegemon against a fast-rising challenger.

Increased tensions in North Korea would almost certainly prompt an larger US military presence in Northeast Asia, encroaching on what China increasingly sees as its sphere of influence.

Beijing has already expressed its displeasure at the deployment of a US anti-missile system in South Korea.

On trade, there may be more room for maneuver.

Experts predict that Xi could come bearing concessions on sectors like steel, or repackage already planned Chinese investments in the United States.

That would offer Trump the prospect of a triumphalist tweet about bringing jobs to the United States and forestall measures to levy heavy tariffs on Chinese exports.

How much tensions are soothed or exacerbated may depend on the chemistry between the two men.

But no one — not diplomats, not even aides planning the meeting — are 100 percent sure what will happen when the most powerful Chinese leader in a generation meets a mercurial American president who has been in office fewer than 100 days.

China is hoping that Trump's sun-kissed beach club — beloved of realtors and Rotarians — while an unlikely setting for a superpower summit, will help build rapport.

In 2002, George W. Bush hosted Jiang Zemin at his ranch in Crawford, Texas. Obama met Xi at the Sunnylands resort in the California desert.

Trump has delighted in warmly welcoming his guests on his frequent visits to what he calls the "winter White House," shaking hands with them as they enter and doing the rounds of each table at formal daily dinners.

Xi will hope he is greeted by Trump the gracious host rather than the rhetorical bomb thrower who has spoken about China's "rape" of the US economy and predicted a "very difficult" meeting with Xi.