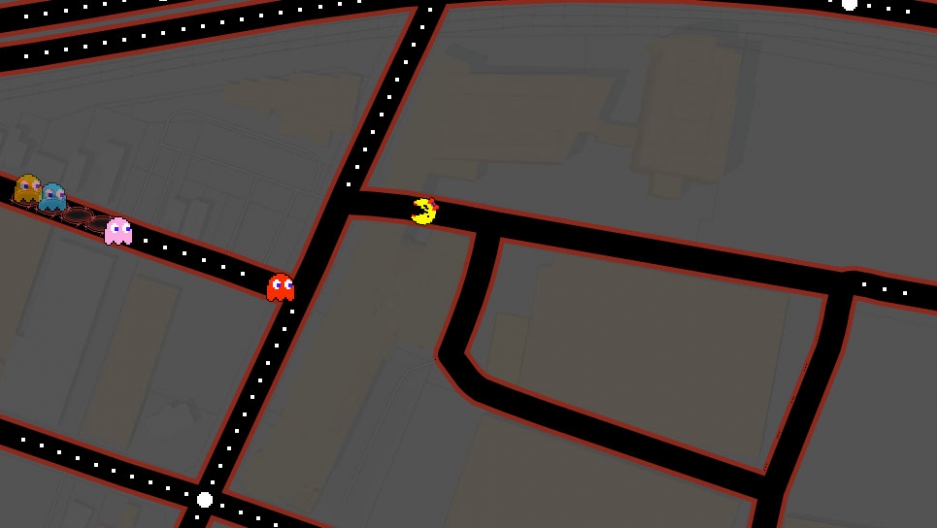 Google rolled out a version of Ms. Pac-Man for April 1. It has done this twice before with Pac-Man, but this is Ms. Pac-Man's first appearance in a Google April Fools' video game joke. Above, Ms. Pac-Man chases ghosts in Boston, near The World's offices.

By now, you've probably noticed that Google rolled out a pretty comical April Fools' Day feature this year: plopping Ms. Pac-Man right in the middle of the street of the Google Maps mobile app. We used the opportunity to look at some of the weirder places in the world to play the game.

There are 20-some separate parcels of land, the result of medieval treaties, which means some houses straddle the border and the country of residence is determined by the location of the front door. If you play Ms. Pac-Man here, you’re able to cross the border several times during one game. 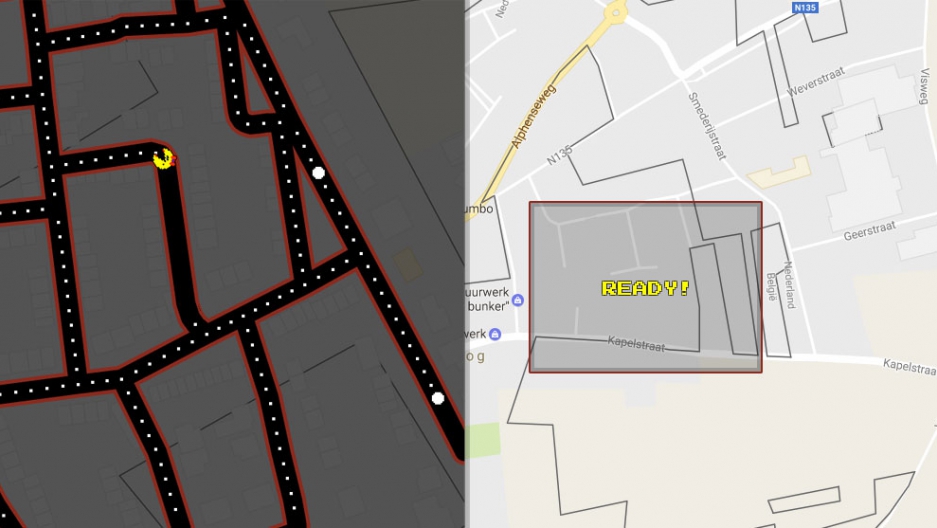 You can only explore a small portion of a city in the Ms. Pac-Man feature in the Google Maps, but there are so many unusual borders in Baarle-Hertog that you can still cross into both countries several times while chasing ghosts.

I introduce to you Mwenge, the (mostly) unavoidable intersection of major roads in the northern part of Dar es Salaam, Tanzania. When I look at the map today, it doesn't look all that crazy, but when I lived in Tanzania from 2007 to 2008, this intersection was under construction, meaning the pavement gave way to dirt and five to six to eight lanes, err lines, of evolving traffic. I quickly learned the quickest way through was to just stay close to the bumper of the car ahead of you and hope that they were aggressive enough to clear the path for you. Also at the corner was the market where seemingly every wood handicraft sold in the country was made, leading to extra pedestrian traffic. 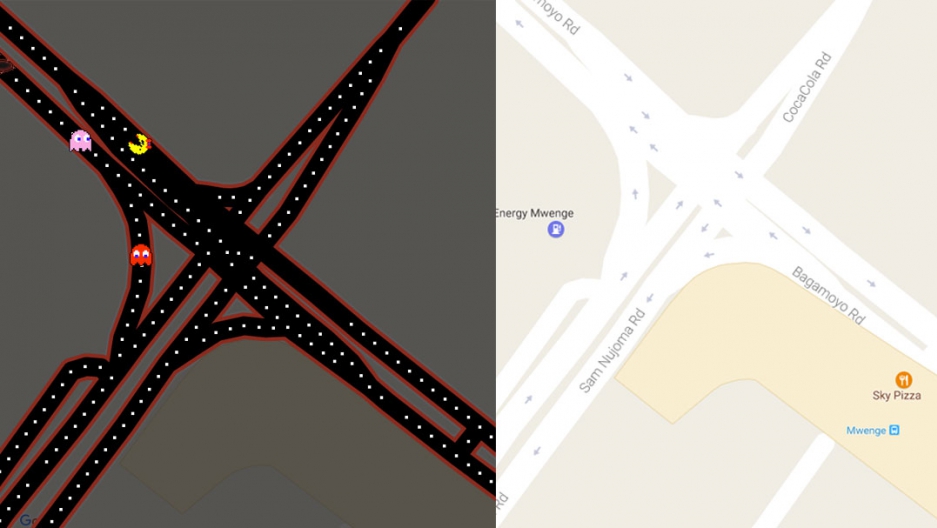 At first this Tanzanian intersection looks simple, but many lanes mixing with pedestrians cause traffic and that can take up an hour to get through.

Savoy Court leading into London's Savoy Hotel is one of few places where cars drive on the right in England. The change is a holdover from when carriage drivers would reach back and open doors directly behind them and a passenger would be able to enter the hotel immediately. 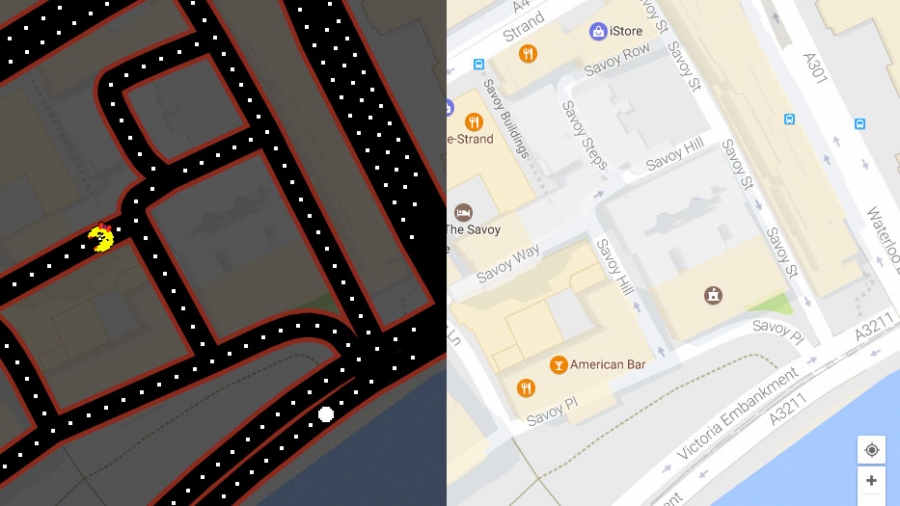 The street where Savoy Court meets the Strand is one of a only a few places in London where cars drive on the right instead of the left. Ms. Pac-Man has no such restrictions, however.

Even though it only exists for a few weeks a year, Burning Man’s Black Rock City is a permanent feature on Google Maps. The city grid is the same every year, but the street names change to reflect the festival’s current theme. 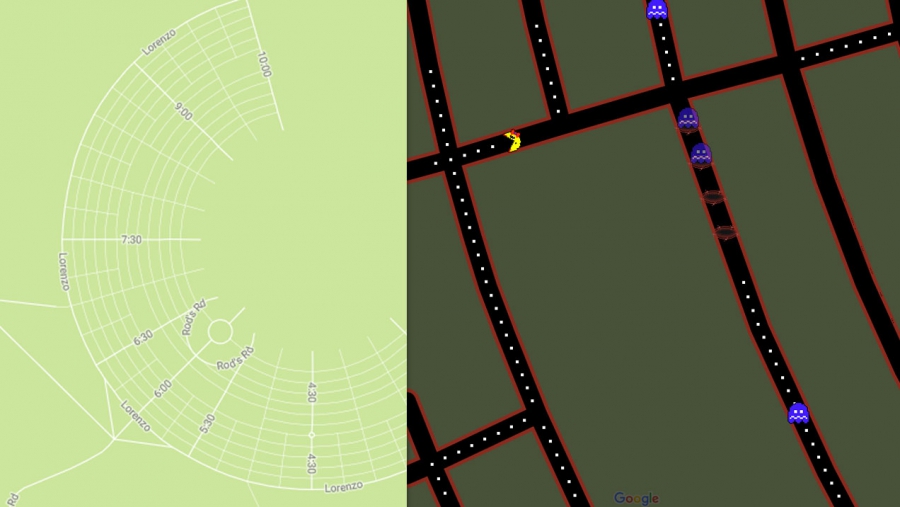 At left, a slightly zoomed out view of Burning Man's Black Rock City street grid, which exists only for a few weeks around the annual art festival in the Black Rock Desert in Nevada. At right, a zoomed-in version of Ms. Pac-Man on BRC's streets.

Do you know other interesting intersections? Let us know in the comments below.