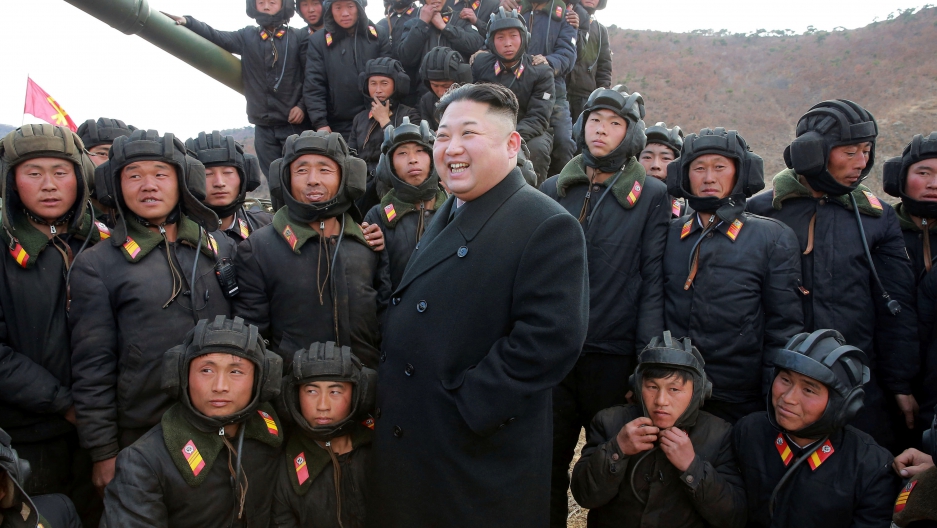 President Donald Trump has been doing a lot of tough talk on North Korea. North Korea's nuclear ambitions have been a growing concern to the United States. The country tested missiles three times during Trump's short time in office.

Trump says that "China has great influence over North Korea. And China will either decide to help us with North Korea, or they won't. And if they do that will be very good for China, and if they don't it won't be good for anyone."

"If China is not going to solve North Korea, we will."

Asked whether he could succeed alone, he said "totally."

But Trump offered no details on what action he would take.

Trump's statement comes days ahead of his meeting Thursday with Chinese President Xi Jinping; it's scheduled to take place at Trump's Mar-a-Lago resort in Florida.

Trump "in his Trumpian way, is trying to warn China's leader Xi that the threat of an American military option is the way to get China to cooperate," says Isaac Stone Fish, a journalist and senior fellow at the Asia Society's Center on US-China relations.

If Trump thinks he can play the heavy hand in his negotiations with the Chinese leader and get him to yield, says Stone Fish, the US president will be in for a surprise. "Xi will be showing up at this summit far better prepared than Trump is" and his threats to go it alone will backfire.

Can the US succeed without any help from other countries? "It depends [on] what they're willing to spend. If Washington wants regime change and ... is comfortable with risking heavy casualties in South Korea and Japan, then yes, the United States can go in and rain missiles down on North Korea and probably force the end of the regime. Is that a good strategy? No."

"China and Korea actually share a hatred of each other," says Stone Fish. "They used to propose they were as close as lips and teeth."

But that's from a bygone era when North Korean and Chinese officials would happily pose together during banquets but then they'd each go their separate ways, says Stone Fish.

Meanwhile, the US, South Korea and Japan announced a new round of exercises from April 3 to 5. South Korea officials are calling the drills a way to show "strong resolve to counter North Korea's nuclear and missile threats."