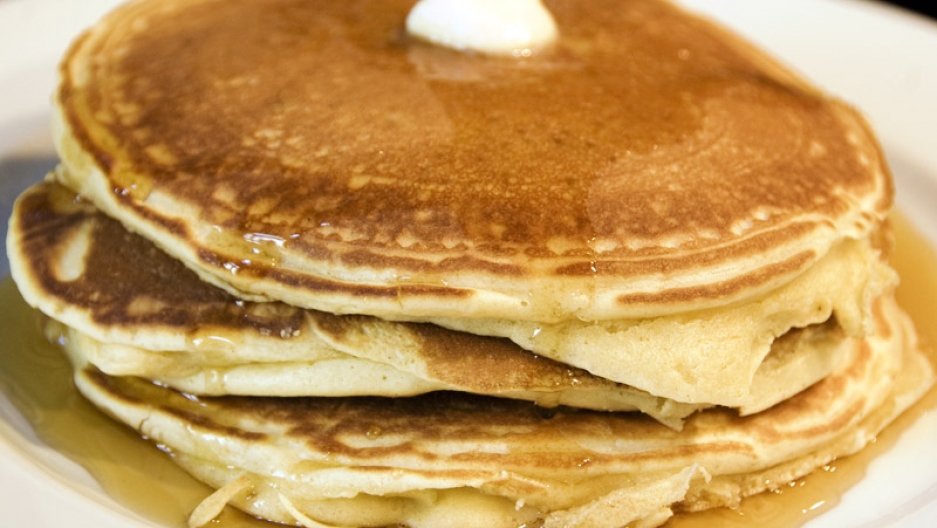 This pancake breakfast looks delicious but how does it taste?

The conversation about food and climate change often centers on how a warming climate will affect the quantity of food we can harvest. But as it turns out, a warmer world could change the quality, even the flavor, of our favorite foods, too — from the maple syrup that we slather on our pancakes to the tea that we brew before work.

“Tea is similar to maple syrup, in that it needs specific environmental conditions for an ideal harvest,” says Selena Ahmed, an assistant professor of sustainable food and bioenergy systems at Montana State University.

In the United States, where maple syrup producers wait for their own kind of spring thaw, the season began early this year: with watery, slightly sweet sap flowing from trees as early as January in some areas. In fact, the sugaring season in New England ­and New York — the country’s largest syrup production region — is about eight days earlier than it was 50 years ago.

“Having sap come early and having maple syrup come early is wonderful,” Ahmed says. But erratic weather can also cut the six-week sugaring season short. “When we … start getting another freeze cycle where we're not actually seeing those warming days, the sap actually stops flowing,” she explains. “And so that causes a lot of uncertainty for producers.”

What’s more, early thaws like this year’s don’t just make the sap harvest more unpredictable — they can stress the trees. “Maple trees need specific freeze-thaw cycles, but they also like a lot of snowpack,” she says. “And the changes in the snowpack, the warming, is actually causing a little bit of root dieback for the trees, and that's decreasing the health of the trees.”

Ahmed explains that stressed trees produce sap with more compounds called secondary metabolites. These compounds are healthy for us, but they can make syrup taste a little different — and darker syrups have more of them. She’s seeing more secondary metabolites in sap collected from the southern part of the US’s syrup-producing range, where it’s warmer.

Darker syrups are a tough swallow for producers, who can sell lighter, “fancy grade” syrup at premium prices. But consumer research has found that some people actually prefer the taste of dark syrup — to a point, Ahmed says.

“In terms of the health aspects, we know that the secondary metabolites are actually beneficial for health,” she says. “However, too much of those compounds can actually produce an off flavor, where consumers no longer have a preference for that type of syrup.”

Ahmed has also studied the effects of climate change on tea in major growing regions like China. There, too, producers are worried that changes in weather are affecting the flavor and quality of their crops.

For instance, while secondary metabolites are important for the flavor of tea, Ahmed’s research has shown that excessive rain can “dilute” these compounds in the tea plant. Ahmed says that warmer winters are also a concern for crop yields.

“In most places where tea grows, it grows in three different seasons, and it has, very similar to maple, a winter dormancy,” she explains. “And the new buds come in the early spring season, and that also, like maple, is getting earlier every single year.”

“And so producers actually are not excited about the early spring bud bursts, because they think that the trees need a winter dormancy to actually produce a healthy flush. And also in some places where it gets warm and then it gets cold, the frost causes leaf damage, and then producers actually lose their very healthy spring harvest.”

But Ahmed notes that some maple syrup and tea producers are adapting their methods in response to unpredictable seasons. “We're actually seeing producers of maple syrup, who have historically mostly commercialized sugar maple, they're also starting to tap other trees, such as red maple and birch,” she says.

And she says that tea producers who plant their crops in a traditional agroforest setting, rather than a monoculture tea plantation, also have better luck. “So when I actually go into these tea gardens, it feels like it's a diversified forest,” she says. “And farmers are actually relying on this diversified structure for ecosystem services, including managing for pests and disease and fertilizers.”

"And so these are … diversified organic systems, and we're seeing that these systems are actually more resilient to climate variability. You know, kind of going with the age-old saying 'not to put all your eggs in one basket.'"