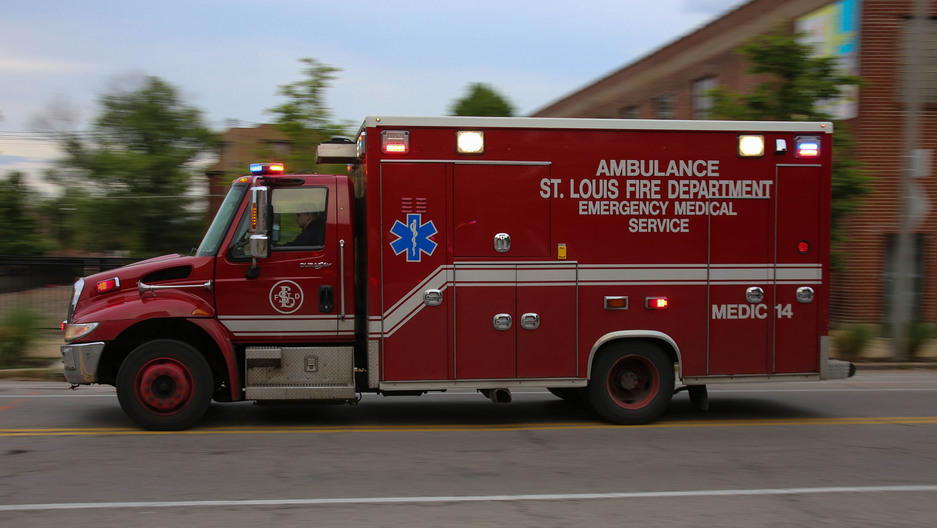 A conventional, human-piloted ambulance, like this one, could someday be a thing of the past.

Would you want a ride to the hospital in a self-driving ambulance?

If you caught yourself hesitating, you’re not alone. Researchers from the Florida Institute of Technology and Embry-Riddle Aeronautical University recently found that many people are less willing to be transported in a driverless ambulance than a regular one — significantly less willing, as it turns out.

“So we conducted three separate studies,” says Stephen Rice, an associate professor of human factors at Embry-Riddle and one of the study’s authors. “We found that about … half of 1,000 US adults are significantly less willing to ride in the driverless ambulance, even when they would receive care from two paramedics instead of one.”

“And quite a few of them are very negative about that and would absolutely refuse.”

Women were even more negative about autonomous ambulances, he says. “But their emotional reaction tended to be anger rather than fear or happiness.”

Rice sees a simple reason for our intense reactions to driverless ambulances: We fear that which we don’t know. “And frankly, most folks don't know much about autopilots or driverless vehicles,” he adds. “I mean, we know they're out there, but really, does the common person know how it works?”

But at this point, driverless vehicles are not a question of if, but when. The ride-hailing company Uber has already used autonomous vehicles to pick up customers in Pittsburgh (although it suspended the tests in late March). And after self-driving cars, “the next logical step is driverless ambulances, buses and whatnot,” Rice says.

For one, he explains, driverless ambulances could be safer. “We know that driverless vehicles rarely have accidents that are caused by the automation,” he says, adding that human error from other drivers is usually to blame.

He also thinks that autonomous ambulances could provide a smoother, faster ride. “The autopilot should be able to more efficiently perform its task and get to the hospital more quickly, which as you know in a traumatic situation is absolutely what we want to see.”

And lastly, instead of splitting ambulance teams into a driver in front and a paramedic in back, driverless ambulances could have two paramedics aiding the patient. “And that's a big deal for you, particularly if you're in a critical situation,” Rice explains. “One of the paramedics may need to call a doctor for a prescription, the other one can still be working on you during that period.”

But the potential benefits don’t mean much if we’re afraid to get in driverless ambulances in the first place. And other drivers will need to learn how to share the roads with driverless emergency vehicles, too.

“We've seen cases where human drivers are bullying autopiloted cars — you know, cutting them off, knowing that they'll back off,” Rice says. So to begin, he’s proposing something like a public relations campaign for driverless ambulances.

“We definitely want to take this a little more slowly,” he says, “make sure that this is going to work out, and educate people to let them know how safe it is and how they can benefit from it, and perhaps even offer some free rides.”