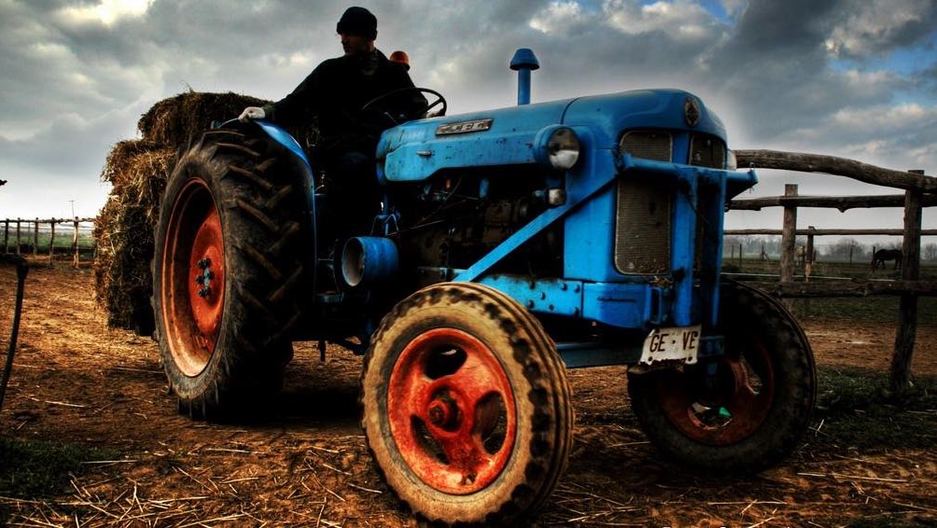 Farmers used to be able to fix tractors themselves. But nowadays, tractors are high-tech machines.

Kyle Schwarting and his family have been farming in Nebraska for generations. Until a few years ago, Schwarting and other farmers could fix and upgrade their own large farm equipment, including tractors. But that's changed since tractors have become as high-tech as smartphones and other modern-day electronics. Now, farmers must go directly to company dealers like John Deere to service their tractors.

For Schwarting and other farmers, this can mean stopping production as they wait for a repairman who, oftentimes, is coming from far away. It's become a major ordeal. And it's expensive.

"We can't communicate with the electronics on a tractor anymore," says Schwarting. "Let's say you're out in the field planting corn, and your tractor breaks down. In my case, the nearest dealership is 75 miles away, so for them to come out could cost me $2,000 to fix a $50 part."

Farmers in Nebraska and other states say they have turned to the internet to buy tractor manufacturer software — which has been hacked — from Ukraine and other international black markets.

"If you look long enough, you can find anything you want on the internet," says Schwarting. "If you're talking about the Russian software, if you want to buy it from them, or from China or whoever it comes from, you're gonna do whatever you can to get your tractor fixed if you have to. When a crop's worth $100,000, you just can't afford to not get it done. Most every farmer has someone that can help them out if they get into a bad spot." 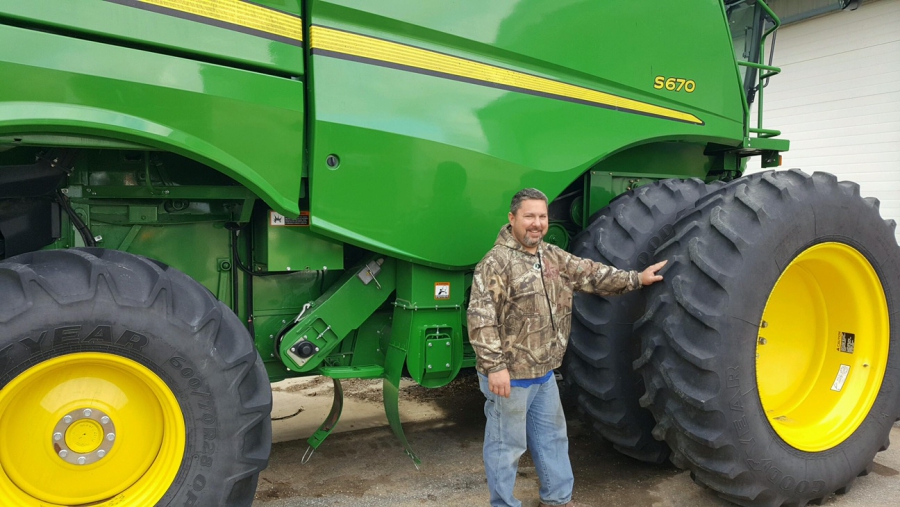 Kyle Schwarting, a farmer, can no longer repair his tractors himself.

Jason Koebler, who broke this story for Vice's tech site Motherboard, says buying pirated repair software from foreign hackers is common across the US.

"It's become this international business," says Koebler. "I've heard from people who do repairs in Virginia, South Carolina and the whole mid-Atlantic. So if you know someone who has the ability to repair the tractor, they become the go-to person."

Currently, Nebraska and seven other states are considering "right to repair" legislation that, if passed, would force companies to give farmers access to diagnostic and repair software. John Deere and other dealers are pushing back, says Koebler.

"Very few repairs require software, very few repairs require diagnostic software. On those rare occasions when software might be needed, our dealers are well-equipped, and they try to prioritize those repairs to keep machines up and running in the field," says Chuck Studer, director of industry relations for John Deere. "But there's really no need for a customer to go out and look for third-party hardware when they can get that original version of that embedded code from John Deere at really, a very minimal cost."