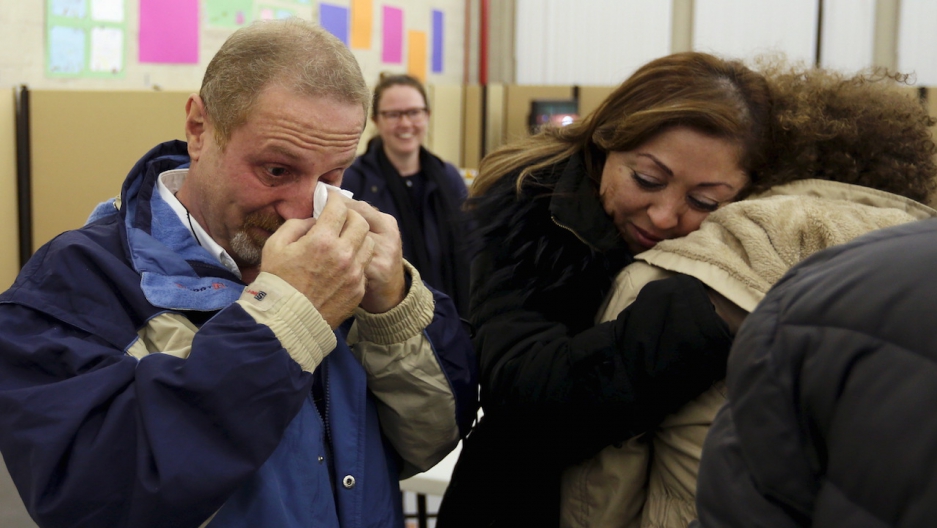 Canada knows something about generosity.

The country has opened its doors to some 40,000 Syrian refugees since November 2015. In many cases, private citizens have stepped up to sponsor the newcomers, offering their time and money to the families for one year. But many of those newcomers have now entered the critical "month 13" of their stay in Canada, and their private sponsorship has officially drawn to a close.

So how will the refugees fare now? A series by The New York Times correspondent Jodi Kantor and her colleague Catrin Einhorn has chronicled the evolving relationship between the newcomers and their sponsors. It examines what spurred Canadians to raise five-figure sums for refugees they'd never met. Kantor says the kindness was sparked in part by the photo of Alan Kurdi, the Syrian toddler who drowned on a beach in Turkey in 2015. The youngster had an aunt in Canada, and the Kurdi family had hoped to join her.

"People [in Canada] saw that photo and said, 'How can we not help kids like this?'" Kantor says. "That was enough to cause a kind of national wave of recrimination and responsibility that first of all helped elect Justin Trudeau ... because his platform was more refugee-friendly than the conservative parties, and then second of all, caused all these Canadians to sign up and volunteer. The point at which we started this story was a point of almost frenzy in Toronto. Kids were going to their parents and saying, 'Everybody else at my school is sponsoring a Syrian family, why can't we do it, too?'"

Once the families arrived in Canada, it wasn't unusual for a sort of alchemy to develop between refugees and their sponsors. Nour Yassin, a 20-year-old Syrian who arrived in Calgary just over a year ago, speaks with deep admiration for those who helped her.

"The sponsor, I love them from the bottom of my heart. Because you know when you come to Canada you are so tired, and we had many hard times. When I first came I thought, 'Oh my God, how can I live here, it's like a big country for me, different culture, different place. Everybody does what they want here.' But the sponsor, I see them and I feel so, so happy."

Peggy Karas, a retired geography teacher in Toronto, is a key character in the Times series. Karas got together with friends to sponsor Syrians Mouhamad and Wissam al-Hajj, and their four children. For Karas, it was like becoming a grandmother.

"We've enrolled the children in various programs like skating, swimming, after-school programs in soccer," Karas says. "We've got sponsors going in every morning for three mornings a week tutoring the mother. We have sponsors going in five nights a week, sometimes three at a time to tutor the children and help them with their homework ... Quite honestly all of us are sort of dropping in, having tea with them, enjoying the time with them."

But there have been challenges, too. None of the children had gone to school before. And the parents are not literate in Arabic or English. Now that the sponsorship is officially winding down, the family must pay its own rent and utility bills.

Still, Karas thinks financial independence will not be impossible for the al-Hajj family. She says both sponsors and refugees have grown during the year they've known one another. And she says publicity from the New York Times coverage has offered concrete help.

"When the second story in our series came out in October, two American citizens sent us each $35,000 Canadian, plus other Americans sent us donations to help support Wissam and Mouhamad [who] each wanted to bring a brother here," she says. "So I think if you gave Americans the same opportunity, there are probably thousands if not millions of Americans who'd do the same sponsorship we did."